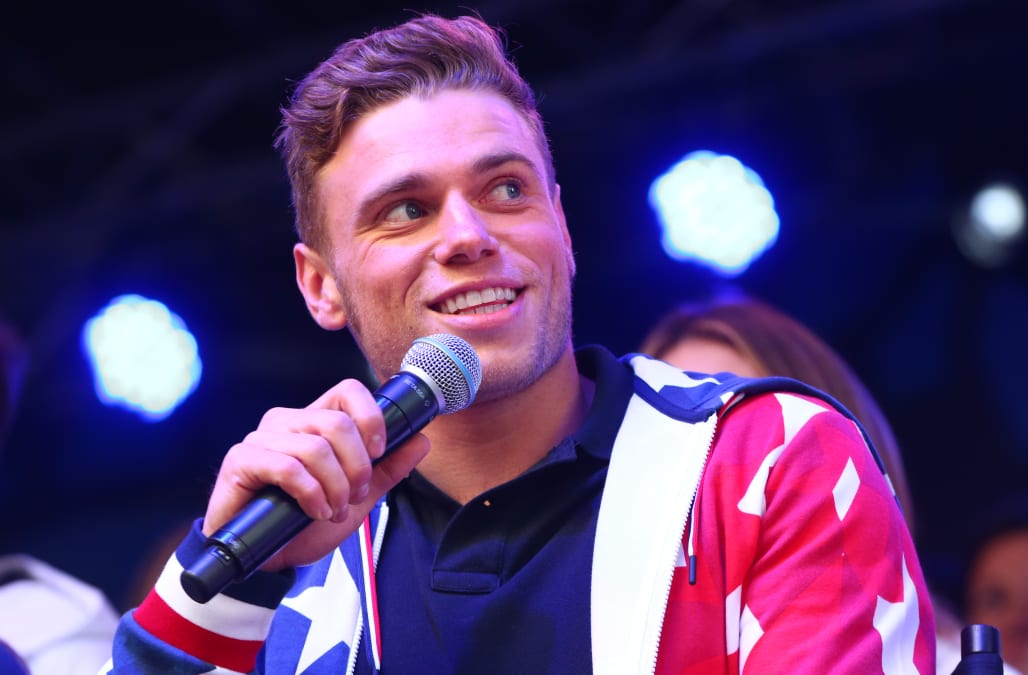 Pence attended the ceremony as the ceremonial head of the United States delegation. Kenworthy, who is gay, told the vice president to “eat your heart out” in the caption to a picture on Instagram with figure skater Adam Rippon.

“The opening ceremony is a wrap and the 2018 Winter Olympic Gaymes are officially under way!” Kenworthy wrote. “I feel incredibly honored to be here in Korea competing for the US and I’m so proud to be representing the LGBTQ community alongside this amazing guy! Eat your heart out, Pence.”

The #OpeningCeremony is a wrap and the 2018 Winter Olympic Gaymes are officially under way! I feel incredibly honored to be here in Korea competing for the US and I'm so proud to be representing the LGBTQ community alongside this amazing guy! Eat your heart out, Pence. #TeamUSA #TeamUSGay 🇺🇲🏳️‍🌈

Kenworthy also tweeted pictures with Rippon, but left out the part including the vice president.

We're here. We're queer. Get used to it. @Adaripp#Olympics#OpeningCeremonypic.twitter.com/OCeiqiY6BN

Rippon, who is also gay, made a comment against Pence at qualifying for the Olympics because of a campaign statement made by Pence’s congressional campaign in 2000 that advocated against federal funding being given against “organizations that celebrate and encourage the types of behaviors that facilitate the spreading of the HIV virus. Resources should be directed toward those institutions which provide assistance to those seeking to change their sexual behavior.”

Many, including Rippon, feel that Pence’s campaign was making a reference to the ridiculous practice of conversion therapy for homosexuals.

Following Rippon’s comments at qualifying, USA Today reported that Pence’s staff tried to set up a meeting with Rippon, which the figure skater refused. Pence’s team publicly has said they did not reach out to the skater in the hopes of a meeting. The skater told USAT that he wouldn’t rule out meeting with Pence … after the Olympics.

“If I had the chance to meet him afterwards, after I’m finished competing, there might be a possibility to have an open conversation,” Rippon said in the interview last month. “He seems more mild-mannered than Donald Trump. … But I don’t think the current administration represents the values that I was taught growing up. Mike Pence doesn’t stand for anything that I really believe in.”

Pence was the governor of Indiana when the state passed the “Religious Freedom Restoration Act.” The widely-criticized law claimed to protect religious freedom in the state, but drew immediate scorn for the ability for people to discriminate under the law. The law was so heavily protested that an amendment was passed not long after that protected discrimination against LGBT people.

The vice president was seated not far from Kim Yo Jong, the sister of North Korean dictator Kim Jong Un during the opening ceremony. Pence also did not stand when the unified Korea delegation walked into the arena in the ceremony.

Nick Bromberg is a writer for Yahoo Sports. Have a tip? Email him at nickbromberg@yahoo.com or follow him on Twitter!