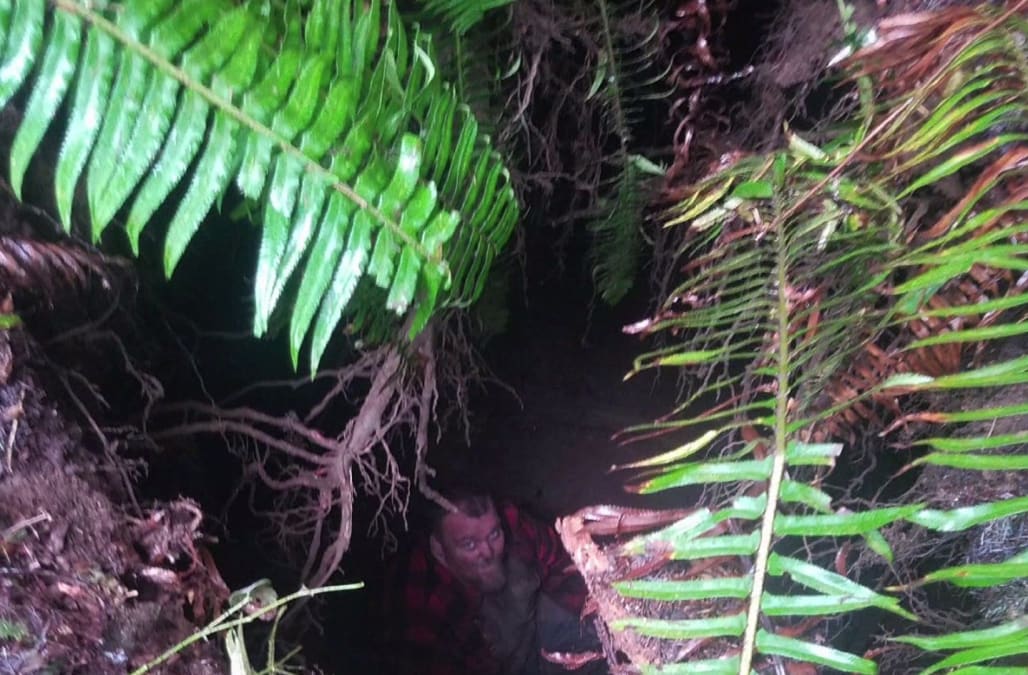 GRAYS HARBOR COUNTY, Washington (KCPQ) -- Rescuers on Tuesday found and helped a timber worker out of a 20-foot sinkhole, which he had fallen into the day before, authorities said.

Willis said the man was flagging and marking obstacles along logging roads when he stepped on a "small indentation" and broke through the sinkhole around lunchtime Monday. He had his cellphone on him, Willis said, but reception wasn't good at all.

People became concerned when he missed a morning meeting Tuesday and they found his truck out in the woods. They started to check the side roads and found him down in the sinkhole.

After a ladder was lowered down, the man climbed up and out of the sinkhole, with a little help, and then drove himself out of the woods.

The Olympia Fire Department, which said the Thurston County Special Operations Rescue Team helped in the rescue, tweeted this photo:

Thurston County Special Operations Rescue Team (SORT) responded to Grays Harbor to assist a timber worker who had fallen down a 20 foot sink hole. The worker spent the night in the cavern created by an underground stream and was able to exit under his own power. pic.twitter.com/WG1IXJeTjj