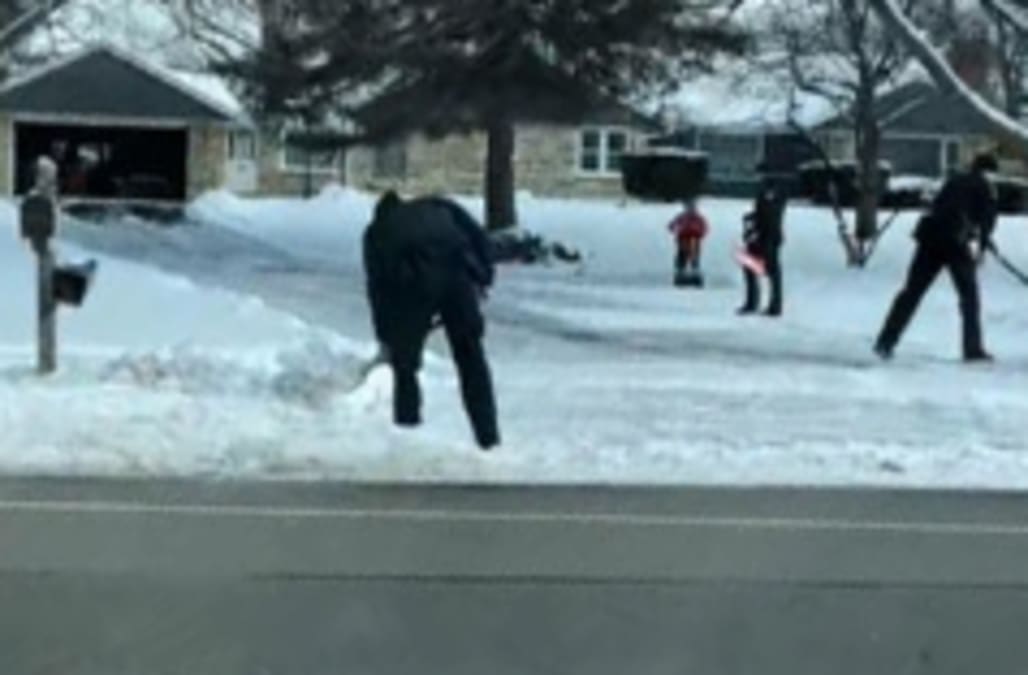 GREENFIELD, Wisconsin (WITI) -- Greenfield police on Wednesday, Feb. 7 shared a photo snapped by a citizen who captured some officers doing a good deed after multiple rounds of snow this week.

According to police, on Wednesday morning, while out on patrol, Officer Orlowski noticed an elderly woman shoveling her driveway. Officer Orlowski "took it upon himself to jump in and help."

Police said Officer Orlowski called for backup, and Officer Vitek and Officer Nemesh jumped in to help as well.

In a post on social media, Greenfield police said "we truly believe in serving the community and our officers are just proof of the dedication we all have."