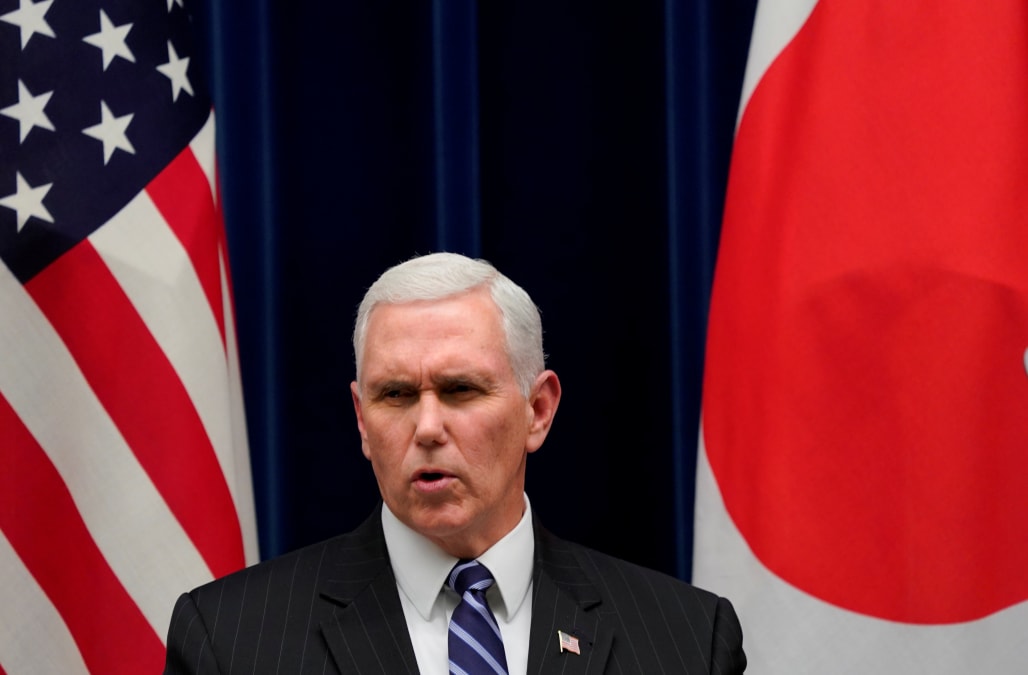 TOKYO, Feb 7 (Reuters) - U.S. Vice President Mike Pence said on Wednesday that Washington would soon unveil its toughest ever economic sanctions on North Korea as part of a push to get Pyongyang to abandon its nuclear and missile programs.

Pence, speaking to reporters after talks with Japanese Prime Minister Shinzo Abe, said that the United States would soon unveil the "toughest and most aggressive round of economic sanctions on North Korea ever."

Calling North Korea the "most tyrannical and oppressive regime on the planet," Pence said the United States and its allies including Japan would keep maximum pressure on Pyongyang until it took steps toward "complete, verifiable and irreversible" denuclearisation.