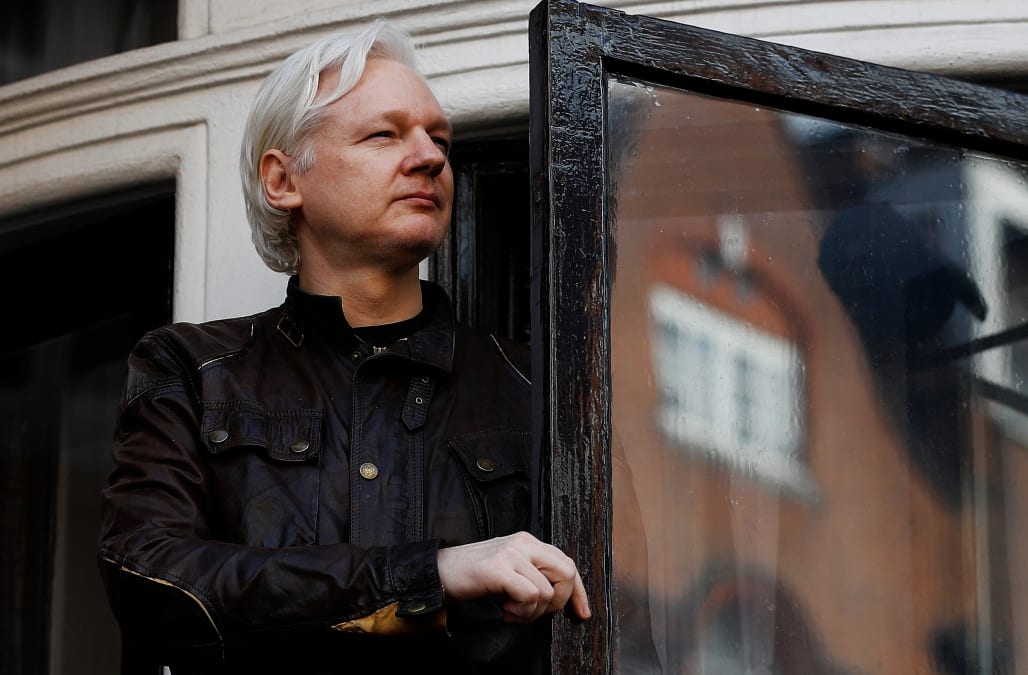 A suspicious package was sent to Ecuador's embassy in London on Tuesday, local authorities in the UK said. The embassy is home to WikiLeaks founder Julian Assange, who is living there as he evades a warrant for his arrest on breach of bail charges.

"Police are in attendance at the Ecuadorian Embassy in SW1 following reports of a small suspicious package," officials said in a tweet. "There are no reported injuries. The item is being assessed by specialist officers."

Several reporters at the scene noted the sequence of events and posted video footage of police inspecting the package.

The incident occurred on the same day that a UK judge upheld an arrest warrant against Assange, who is wanted by London police for breaching his bail conditions after surrendering to authorities, and then absconding, in 2012.

Assange's lawyers had requested that police drop its warrant for the Wikileaks founder's arrest.

But the judge, Emma Arbuthnot, said she was "not persuaded that the warrant should be withdrawn," without elaborating why, The New York Times reported.

After Arbuthnot's rejection, Assange's lawyers asked her to drop the arrest warrant, arguing that it was no longer in the public interest. She said she would make that ruling on February 13, according to The Times.

Assange has been at the embassy for six years. He has refrained from leaving, he said, because he fears that if he does, the British government will extradite him to the US, where he is facing multiple charges for leaking classified information.

Assange initially sought refuge in Ecuador's embassy to prevent British authorities from extraditing him to Sweden over an allegation of rape, which he has denied. But last year, Swedish prosecutors dropped their investigation into the matter, bringing an end to the seven-year legal stand-off.

Last month, Ecuador granted Assange citizenship, but he says he still fears he will be arrested if he leaves. Assange also requested diplomatic status, which would allow him to leave the Ecuadorian embassy without being arrested.

DON'T MISS: Swedish prosecutors are dropping their investigation into Julian Assange — but he's not a free man yet