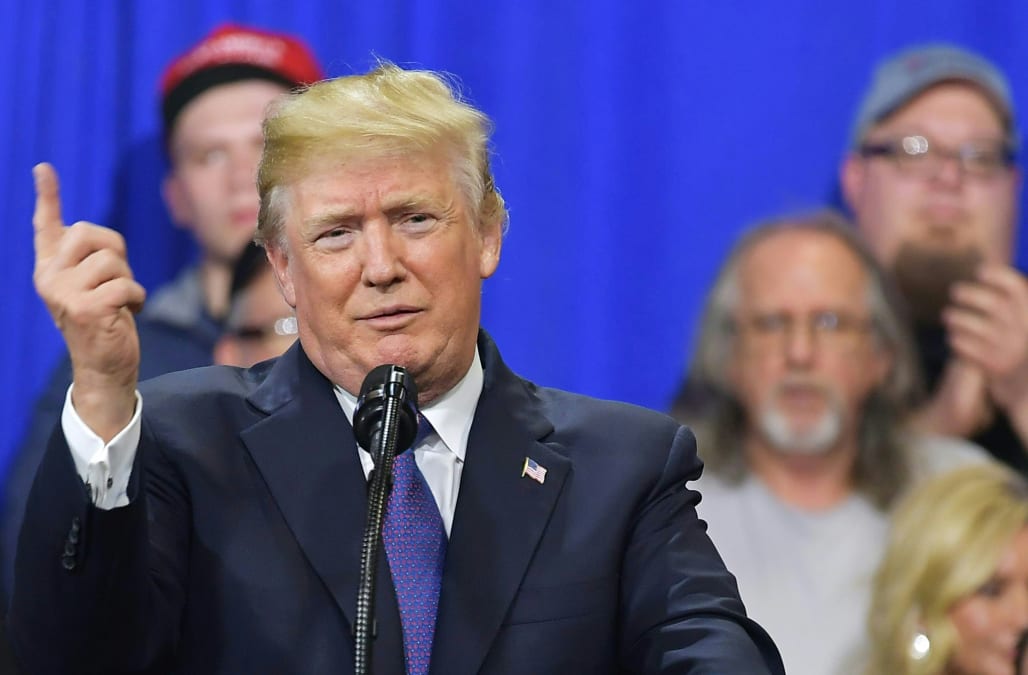 NEW YORK, Feb 5 (Reuters) - Nearly three out of four Republicans believe the FBI and Justice Department are trying to undermine U.S. President Donald Trump, according to a Reuters/Ipsos poll released on Monday, a sharp turn for a party that has historically been a strong backer of law enforcement agencies.

Overall, most of the public still believes that Trump or someone from his campaign worked with Russia to influence the 2016 U.S. presidential election, allegations that Moscow and Trump have repeatedly denied.

The Feb. 3-5 poll found that Americans were sharply divided along party lines over a federal investigation into potential ties between Trump's 2016 campaign and Russia, a controversy that has hung over his year-old presidency.

Trump has called the probe a witch hunt and accused the top leadership of the Federal Bureau of Investigation and Justice Department of being biased against him. The dispute has caused an extraordinary breach between the White House and law enforcement and deepened partisan rancor.

Some 73 percent of Republicans agreed that "members of the FBI and Department of Justice are working to delegitimize Trump through politically motivated investigations."

But three in four Democrats said they believed a competing narrative that "members of the Republican Party and the White House are working to delegitimize the FBI and DOJ in the investigation of Russian tampering in the 2016 presidential election."

The poll findings appear to reflect the influence that Trump wields among Republicans, who have long reserved some of their highest levels of trust for the country's law enforcement agencies.

Nearly 84 percent of Republicans said in a January 2015 Reuters/Ipsos poll that they had a "favorable" view of the FBI.

Erroll Southers, a national security expert and former FBI agent, said Trump had shown an uncanny ability to shape his supporters' views of the world in a way that benefits him. By hammering at federal investigators, Southers said, Trump was inoculating himself from any political fallout that may follow.

"It’s a win-win for him," Southers said. "If he’s exonerated, he wins. If he’s not, he explains that the FBI is corrupt and it's all a witch hunt, and he wins.

"And his base will be even more energized."

Lloyd Billiter Jr., a retired Texas oilfield services worker who participated in the poll, said he thought the FBI had become too political and "their people have gone astray."

Billiter, 64, said he was shocked to hear reports that investigators said critical things of Trump, and he would not believe anything that comes out of the Russia investigation unless it comes with a trove of evidence.

"Show me the proof," he said. "I've put them on probation. You have to earn my trust back."

Ron Krebs, a foreign policy expert at the University of Minnesota, said people usually looked to political leaders and the media for guidance on how to view issues and organizations they do not know much about. He said public trust in the FBI could further erode unless there was a bipartisan effort in Congress to support the investigation.

"The real question is how long this will last," Krebs said. "How long will Republicans in Congress move in lockstep with the president?"

But among Americans overall, the latest poll showed that people did not appear to have changed their minds about the Russia investigation.

Fifty-two percent of all adults said they believed Trump or someone from his campaign worked with Russia to influence the election and that it was likely "authorities will find evidence of an illegal relationship between the Trump administration and Russia."

Those percentages have not changed since the last time the poll asked those questions in 2017.