Poll: Trump’s approval rating is at its highest in nearly a year 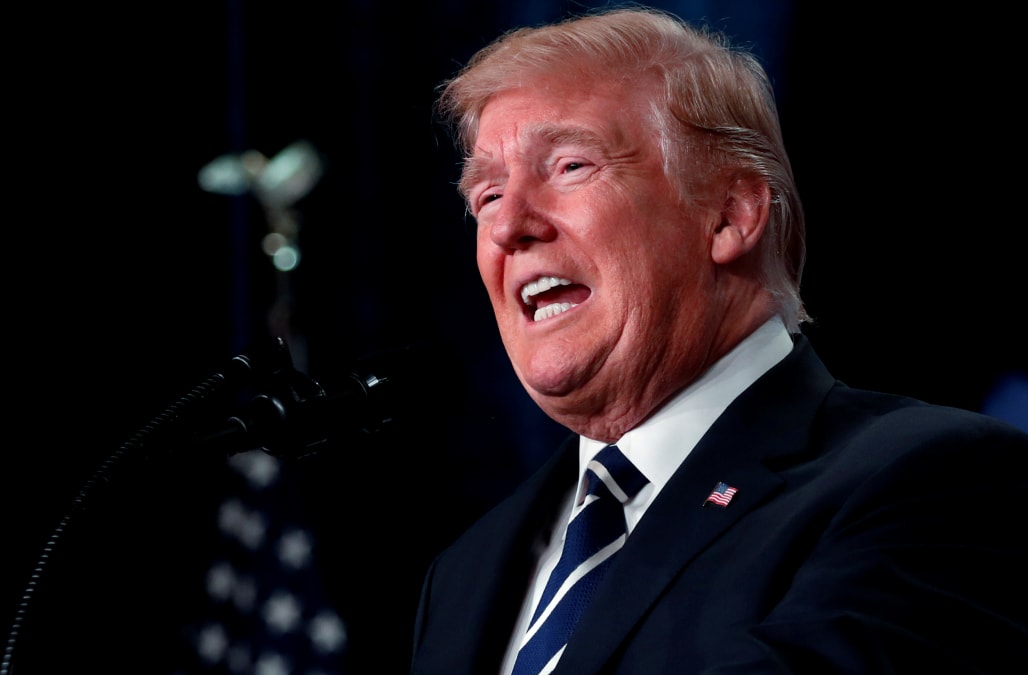 President Donald Trump took to Twitter on Saturday to brag about his latest approval rating, which is the highest number he's seen in nearly a year.

Trump tweeted: “Rasmussen just announced that my approval rating jumped to 49%, a far better number than I had in winning the Election, and higher than certain “sacred cows.” Other Trump polls are way up also. So why does the media refuse to write this? Oh well, someday!”

Rasmussen just announced that my approval rating jumped to 49%, a far better number than I had in winning the Election, and higher than certain “sacred cows.” Other Trump polls are way up also. So why does the media refuse to write this? Oh well, someday!

The conservative-leaning Rasmussen poll usually puts Trump's approval rating on the higher end in comparison with other tracking polls.

Gallup’s latest data from Jan. 28 said his approval was at 38 percent.

Trump's approval rating during his first year in office stayed between 35 percent and 45 percent, the worst numbers of seven of the country's most recent presidents, according to Gallup.

Yet this latest number given by Rasmussen means it is the highest approval rating the president has received since June 16, when it pegged his approval at 50 percent.