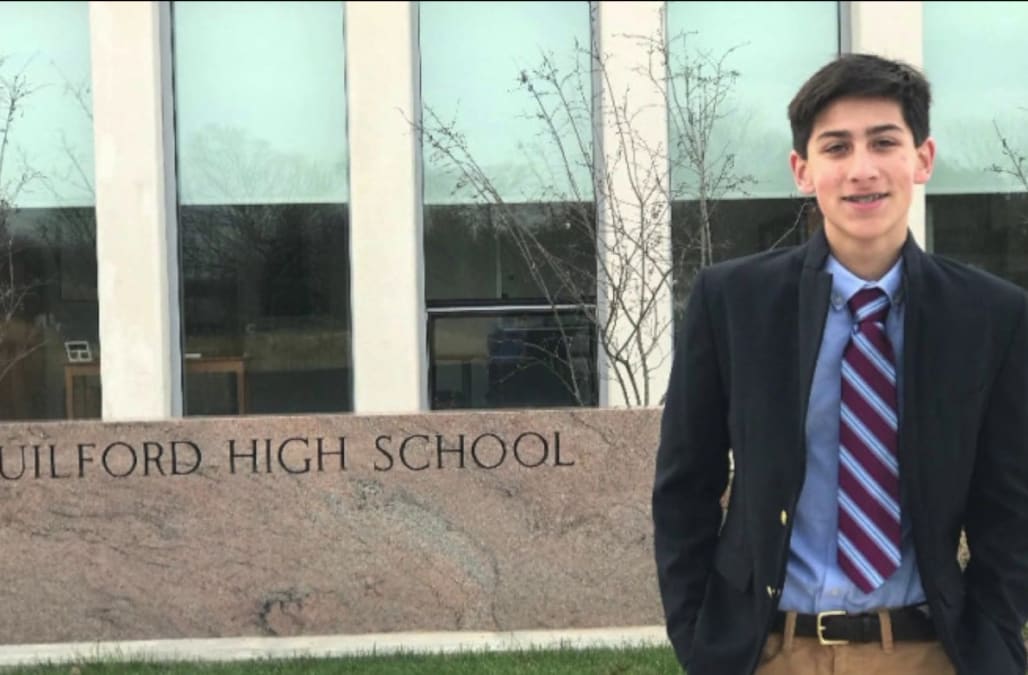 GUILFORD (WTIC) --  Holly Chasin of The Little Pink Shelter, a non-profit organization that helps families adopt dogs, offered up words of support for the Song family during such a tragic time.

Police said when they arrived they found two teenage boys in a home on Seaside Avenue near Chittenden Park. Police said Song was suffering from a gunshot wound and was taken to Yale-New Haven Hospital where he was then pronounced dead.

Song was a freshman at Guilford High School.

Chasin said Ethan Song would frequently help out and offered to calm the dogs that were nervous.

"He would take dogs that were nervous and had just a way of petting them, calming them, I don't even know if he would talk to them, all he had to do was touch them. It was almost as though he had kind of a reiki quality and would just immediately calm down a nervous dog," said Chasin.

Police are not releasing the name of the other teen that was in the home at the time because he is a juvenile. Guilford police are still investigating but called in state police to process the scene.

Police said there were no parents at the home during the time of the incident. Police added that Song does not live in the home the shooting took place at.

Song’s family had since started a Go Fund Me to raise money in their son’s memory, donating to causes that Ethan believed in such as Animal Rights, Human Rights, and Gun Education and Advocacy.

More from Aol.com:
Man who raped 13-year-old girl at church camp spared prison time because he is blind
Over $400,000 raised for siblings held captive in California torture house
Teenager sentenced to 40 years in mental hospital for Slender Man stabbing