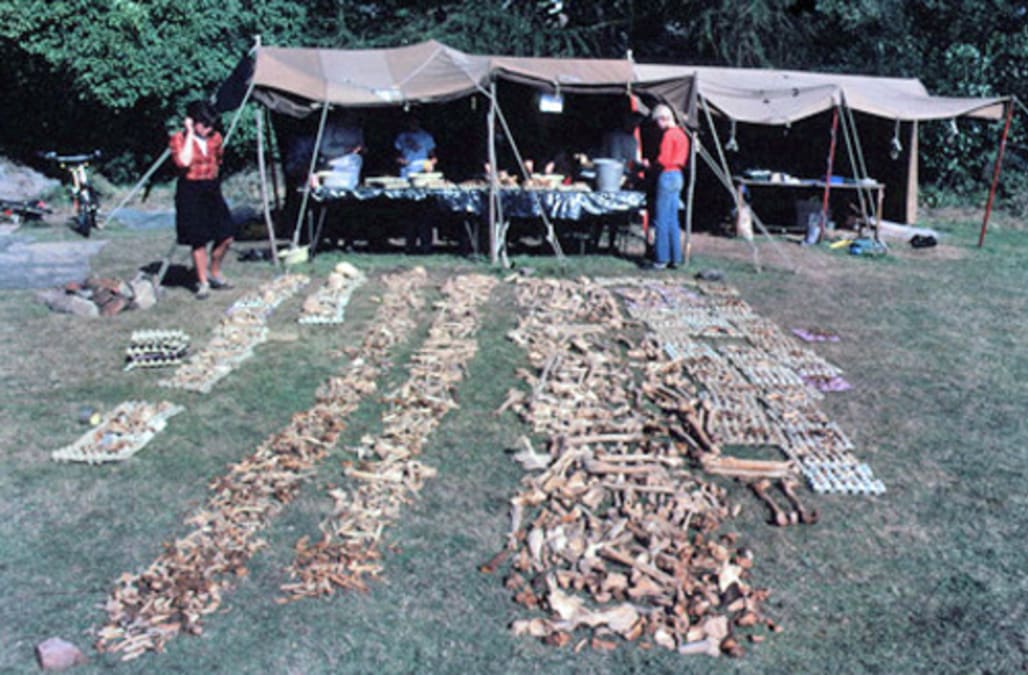 A mass grave unearthed in Derbyshire may actually be a burial site for members of the viking great army.

Several viking graves & a charnel deposit of nearly 300 people were excavated in the 70s & 80s at St. Wystan’s Church in Repton.

In the 7th century, the parish was a double monastery for men and women.

Radiocarbon dating suggested the bones were gathered over several centuries so scientists originally thought they came from the monastic cemeteries.

Bones from the Repton charnel during excavations

Photograph of the juvenile grave

Overview of the charnel burial from the original excavations

One of the female skulls from the Repton charnel

However, new research dates the bones to the late 9th century when the Viking Great Army wintered there & drove out the king of Mercia.

A bioarchaeologist says carbon from seafood they ate made the bones seem older.

The remains of four people, aged eight to 18, were also found in a single grave near the deposit, with a sheep jaw and a potential grave marker suggesting they were sacrifices sent to join the warriors into the afterlife.