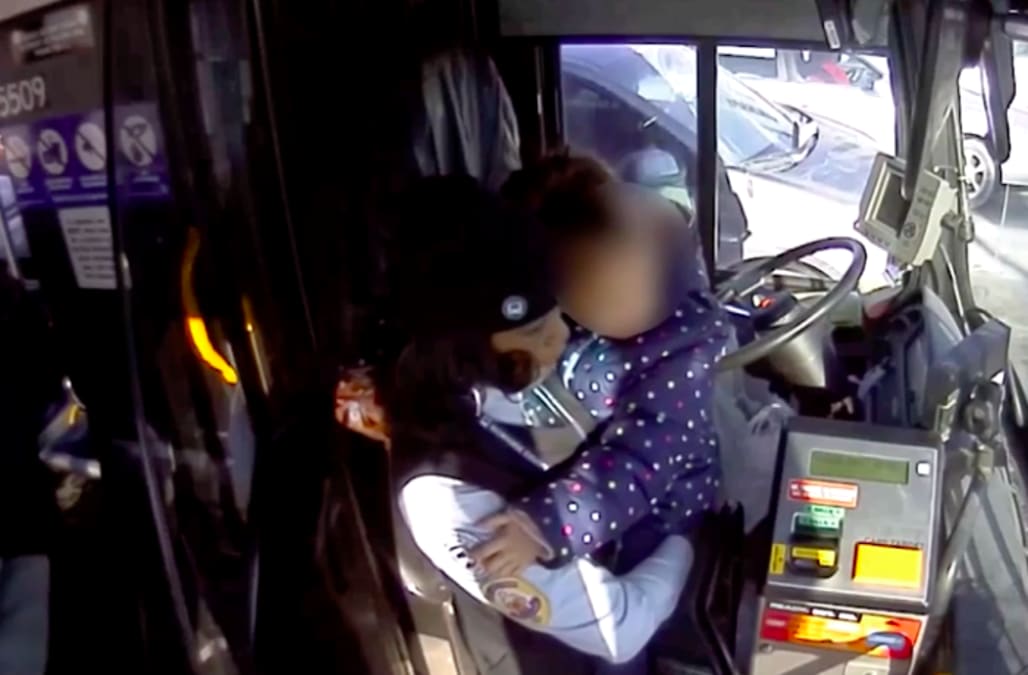 A quick-thinking bus driver went above and beyond to comfort a little girl who ran to her for help after the child's mother suffered a seizure on the side of a Milwaukee road, authorities said.

Michelle Mixon was stopped at a red light when a child ran up to her bus near N 76th Street and West Mill Road.

“My mommy! Mommy!” the 6-year-old wailed, sobbing as she jumped up and down and pointed toward her mother, surveillance footage showed.

“She’s having a seizure,” the child said.

Mixon picked up the scared girl and placed her in the driver’s seat of the bus, comforting her as she called for help and appealed for others to tend to the child’s mother.

A man passing by stopped to help the woman and took off his jacket to cover her.

“I’m scared!” the little girl sobbed as Mixon held her.

Emergency responders quickly arrived on the scene and stabilized the woman in an ambulance.

“They’re going to take care of her,” Mixon, a mother and grandmother who has driven for Milwaukee County Transit for 21 years, can be heard telling the little girl.

Mixon stayed with the little girl the entire time and carried her to the ambulance once she could be reunited with her mother.

Bus Driver Crochets Toys for Nearly Every Student on Her Route: 'To See Them Happy Makes Me Happy'

More from Inside Edition:
Retiring police officer breaks down in tears as he signs off for final time
Family sues after baby born to gay couple denied US citizenship while twin's is granted
Kentucky high school shooting: Preston Cope's family made it school in time to say goodbye