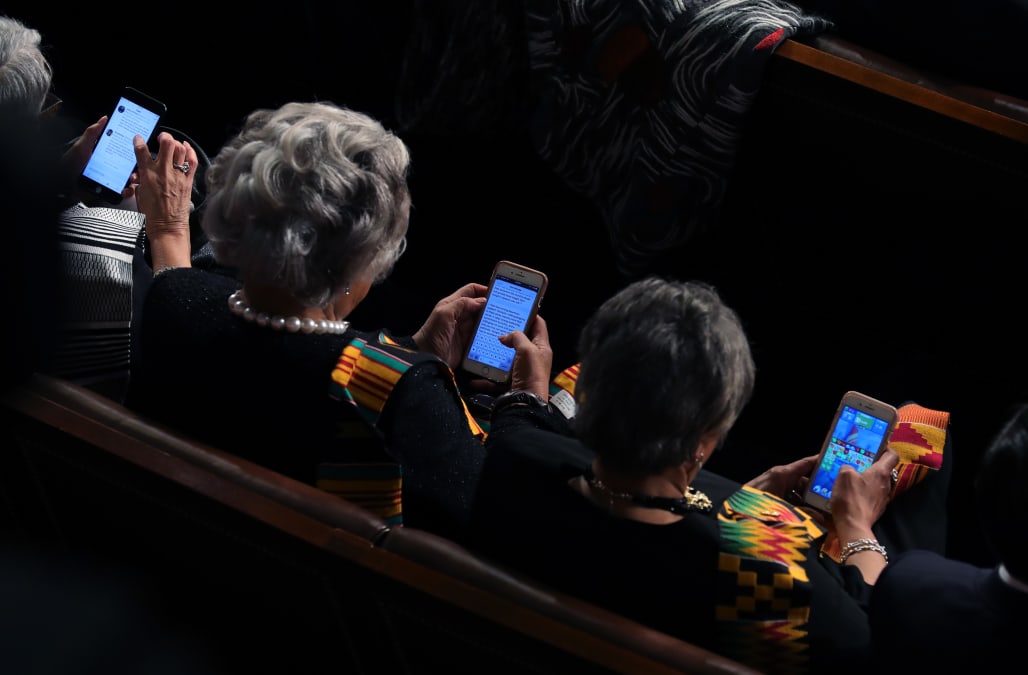 It’s no secret that the Congressional Black Caucus didn’t care much for President Donald Trump’s State of the Union address.

Now, however, a new image shows that three of them were scrolling through iPhones during the Tuesday speech, and at least one congresswoman was playing a game which looks a lot like Candy Crush .

The image was snapped by photographer Chip Somodevilla for Getty Images. 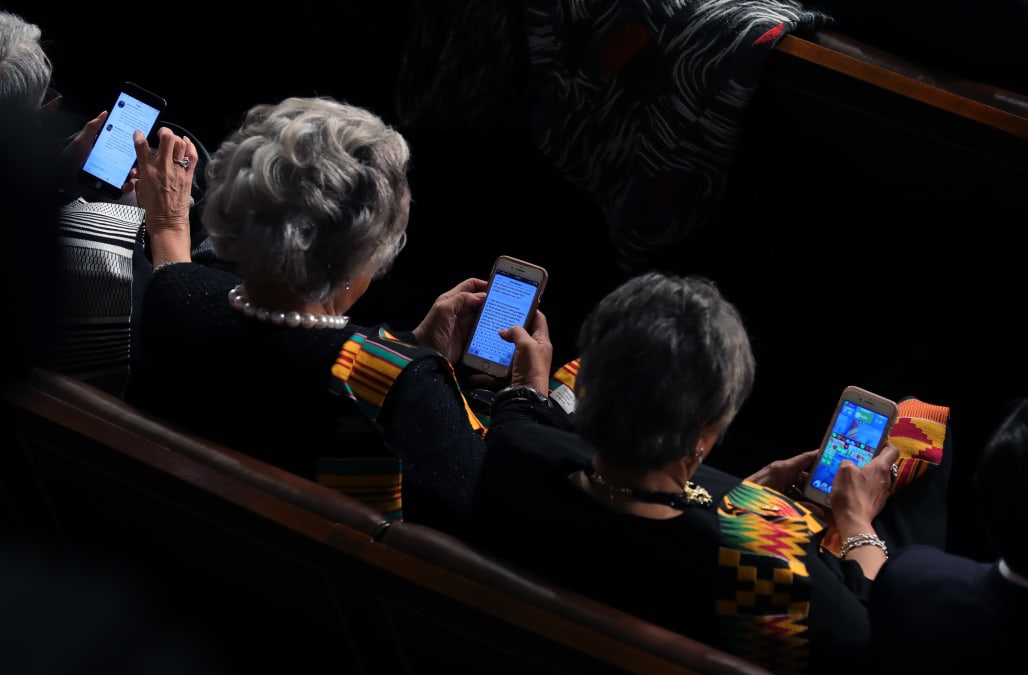 Also Read:Michael Wolff Gets Nasty After 'Morning Joe' Spat: 'The President Is Right About Mika'

The congresswoman playing her phone game was identified as Rep. Brenda Lawrence (D-Michigan) by at least one media outlet — the Daily Mail. , which ID’d the other two women as Rep. Bonnie Watson Coleman (D-New Jersey) and Rep. Joyce Beatty (D-Ohio).

A rep for the caucus did not immediately respond to TheWrap’s request for comment.