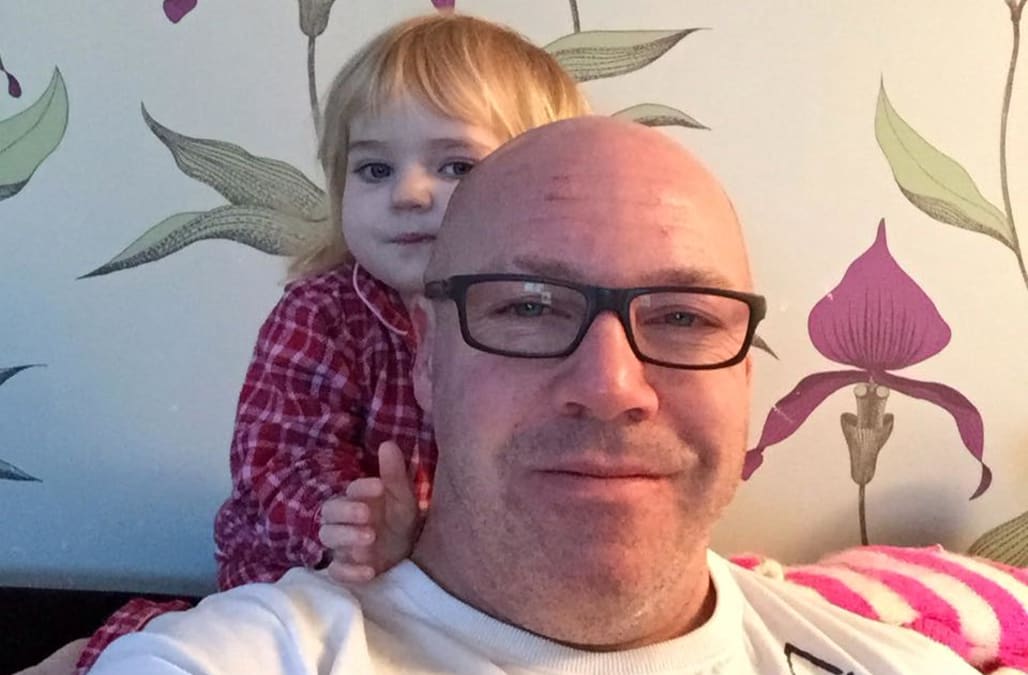 Last year, when Chris Daykin didn’t wake up to get his two daughters — Pearl, 4, and Iris, 2 — ready for the day ahead, they crawled into bed with him and stayed in the bedroom all day with their dad, who remained motionless. The daughters even tried to rouse their dad by putting indigestion pills in his mouth.

He never did wake up. He passed away unexpectedly in his sleep due to heart failure. Pearl was expected at school, but when she never showed, the school only tried to call Chris, failing to also try his wife, Helen, who often travels for work.

Helen called her husband that morning, but when he didn’t answer, she figured he was busy. She didn’t find out that Chris had died until later that evening, when police called her as she was traveling home.

RELATED: His dad died on the USS Indianapolis — now he’s honoring his memory

Helen’s mother had gone to the house earlier in the day but couldn’t unlock the door. She noticed that the milk had been left outside, and the windows were dark, so she contacted police, who broke down the door and discovered the heartbreaking scene in Chris’ bedroom.

Now Helen is calling for schools to make extra checks on students who don’t show up for school. She spoke to the BBC, saying: “There’s no reason why this couldn’t happen again. How the children didn’t hurt themselves I’ve no idea. They spent the whole day upstairs, they didn’t come down at all. They were hungry. They played with all my shoes and makeup, but they didn’t venture further in the house.”

RELATED: 5 years after he had died, a Tennessee woman turned 21 and got a letter from him she’ll cherish forever

“Pearl can tell me every single detail and relives it often. I can’t leave the room without her shouting for me or wanting to be with me.”

She told the BBC that schools should make sure to reach out to both parents of children who do not show up to school in the morning.

The New York Post reports that on Facebook, Helen wrote, “Please go and ask your child’s school what their policy is on First Day Calling. If you don’t get a satisfactory answer, keep pushing them until you do.”

“If they can’t answer it means they don’t know. That’s not acceptable, push for a better response.”

The Good Grief Trust supports her campaign and is working to prevent this type of situation from happening to others.

Why didn't the school check on my children?

Helen's young children were left all day with their dad's body after he died suddenly while she was away. She wants schools to keep extra contact details to check on children missing from school.