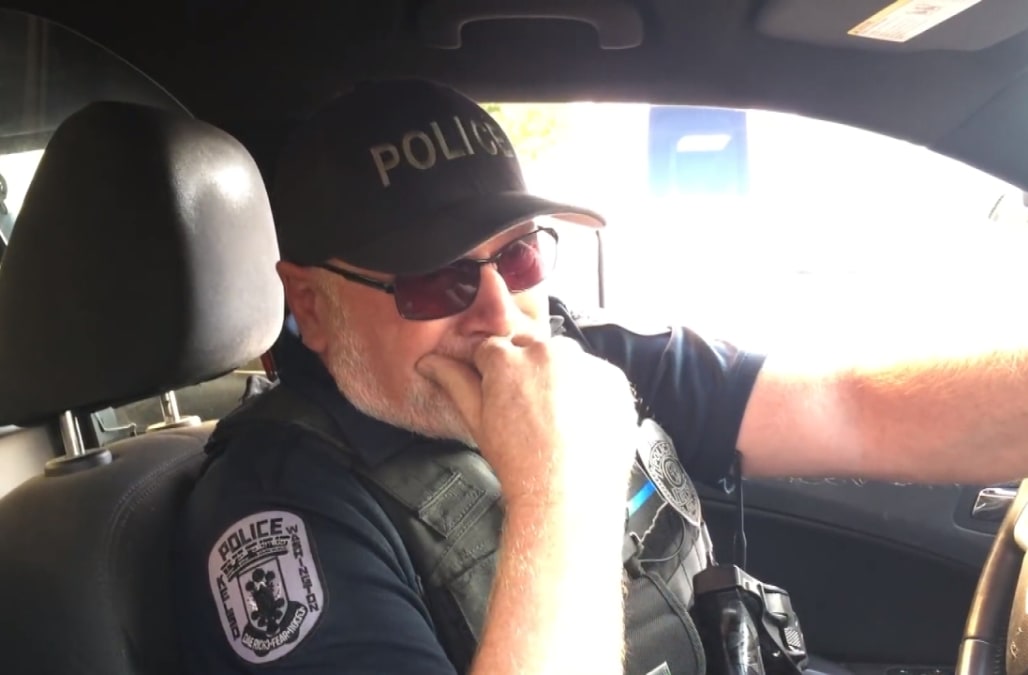 After 39 years on the force, a Washington state police officer shed a few tears as he delivered his final sign off.

Officer Dave Shelton of the Kelso Police Department took to his dispatch earlier this month and broke down as he thanked everyone for “helping me to safely and successfully reach the finish line.”

“I appreciate all the hard work and all the support,” he added.

Shelton told Inside Edition that he knew he was going to choke up.

RELATED: Most heartwarming stories of 2017

Barb, his wife of 42 years, and their children also knew her husband's emotions would take over.

“He can cry easily at things that are sweetly touching, but he's also very tough and strong,” she said.

His willingness to display his raw feelings is touching hearts across America, as many have taken to social media to thank the officer for his service.

As he reflects on his life as a cop, the tears aren't over.

“To me, it’s the end of an era,” he told Inside Edition as he once again fought back tears. “For 39 years you've gone out there to help people and all of the sudden that's coming to an end."

Carpenter Who Puts Up Crosses After Tragedies Heads to Texas: 'It's the One That Hurts Me the Most'