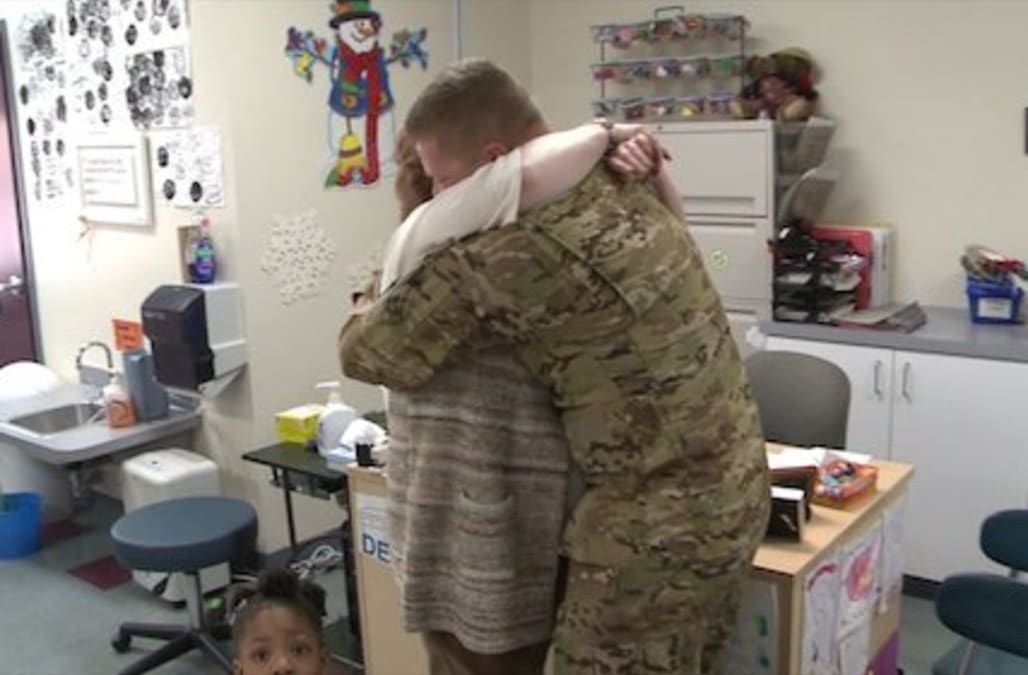 GRAND RAPIDS, Mich. (WXMI) -- Sgt. Ethan Larson is finally back home after nearly a year overseas.  For his big homecoming, he and his wife decided to make it extra special.

Sgt. Larson is in in the Michigan Army National Guard and has been maintaining and fixing helicopters in Iraq and Kuwait, but now he's back home for good.

"It was good to get home and be with my wife and spend some time in our new house," Larson said.

To celebrate, his wife Kait decided to give Ethan's parents a surprise they'd never forget.  The hardest part was keeping it a secret, especially from Ethan's mom.

Ethan surprised his dad Richard first, going to his dad's office at Gilson Graphics.  Then he went to Potter's House Christian School in Grand Rapids, where his mom Joy is a preschool teacher.

"We've just been waiting for him to come home, and we're just thanking the Lord he's home safely," Joy said.

Ethan says he's very proud to have served, but also very much looking forward to being a civilian and returning to his regular job.

Soldier surprises parents during gender reveal
Up Next