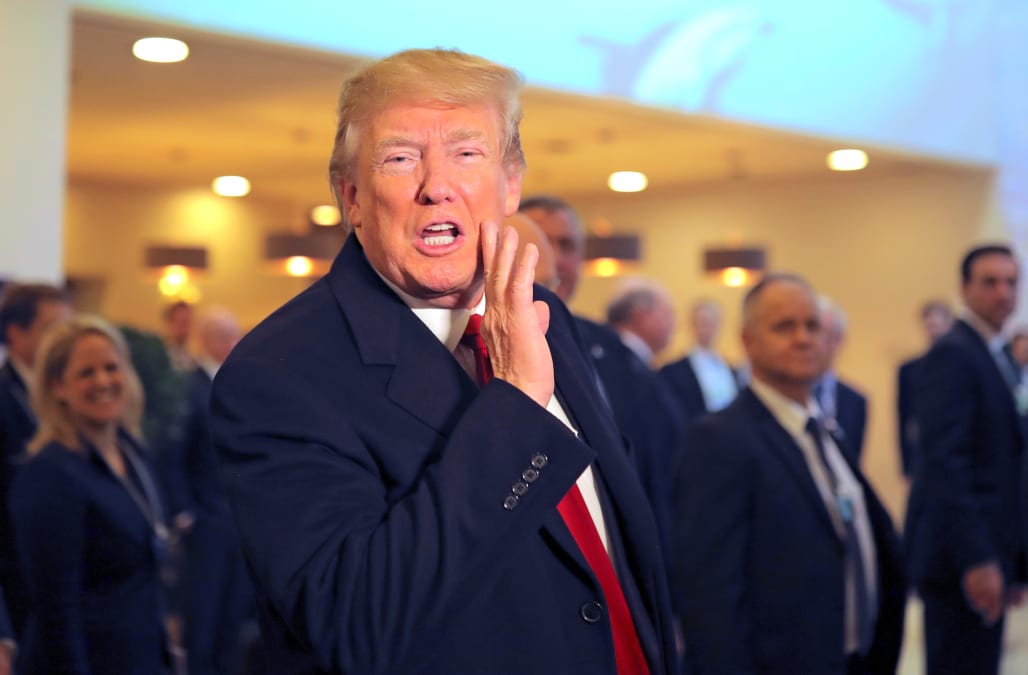 President Donald Trump has denied a bombshell report that he had ordered the firing of Special Counsel Robert Mueller, head of the probe into his campaigns ties to Russia, calling it "fake news".

The New York Times reported on Thursday that Trump ordered Mueller to be fired last June, one month after Mueller had been appointed. Trump had fired FBI Director James Comey the previous month.

The White House counsel reportedly balked at the notion and refused to direct the Justice Department to fire Mueller, and Trump was said to have eventually backed down from the decision, according to The Times.

"Fake news, folks, fake news," Trump told reporters in Davos, Switzerland, on Friday, where he is expected to give a speech.

NOW WATCH: Here's how the map of the United States has changed in 200 years

SEE ALSO: Trump reportedly ordered Robert Mueller fired the month after he was appointed special counsel over the Russia investigation