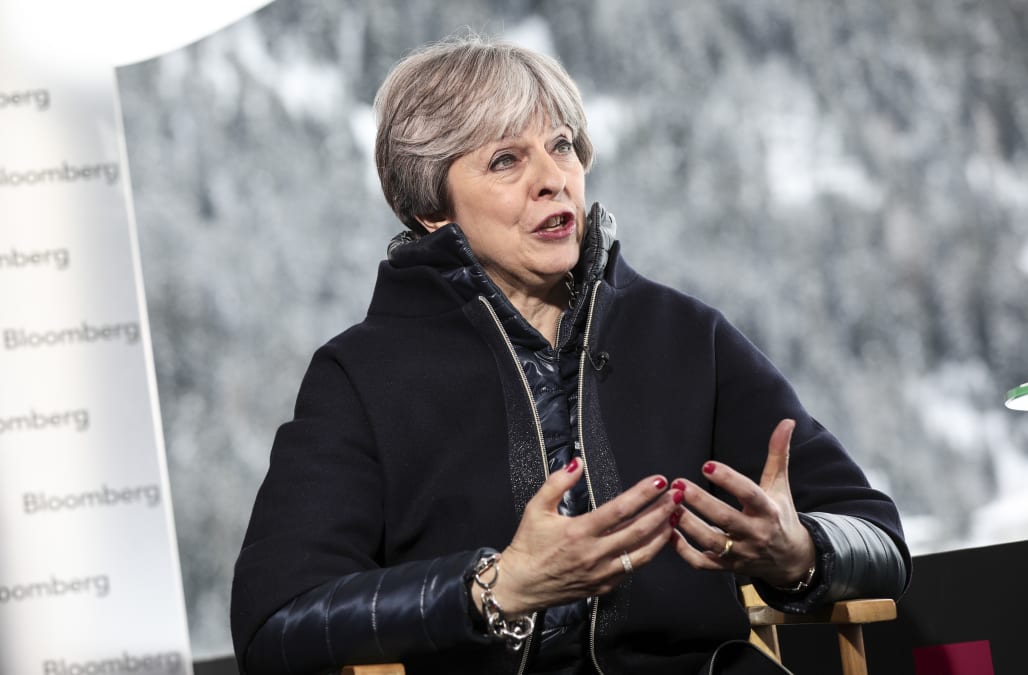 LONDON, Jan 25 (Reuters) - British Prime Minister Theresa May said she was "frankly appalled" at reports of sexual harassment at a charity gala in London and that it shows more work needs to be done to tackle the objectification of women.

Women hired to entertain businessmen and politicians at a men-only charity fundraising gala were groped, propositioned and sexually harassed at the secretive event, the Financial Times newspaper said on Wednesday.

"I was frankly appalled when I read the report," May told Bloomberg Television in Davos. "I thought that sort of attitude of the objectification of women was something that was in the past. Sadly, what that event showed is that there is still a lot more work for us to do."

Reactions to men's-only British gala where women were reportedly harassed
British PM 'uncomfortable' after reading account of exclusive all-male charity fundraiser; story details multiple a… https://t.co/m7Y6Ahfl6F
Let's hope every man who attended this event will think twice before accepting another invitation to a 'men only' e… https://t.co/hqjGi3QFZR
As for the bigger question of what next, some thoughts in this article https://t.co/NzNvfE9oXq And this is why… https://t.co/mid6TzZzax
‘Dance on the table’: Hostesses harassed at men-only charity gala in London, FT says https://t.co/Be7B607Iya https://t.co/4SbghWBslG
Up Next

May said she plans her position to ensure that women are respected and treated equally.

But she gave her support to Nadhim Zahawi, a junior minister in the education department, who has been criticized after it emerged he attended the dinner.

"I understand that Nadhim was uncomfortable about what happened at the dinner and left the dinner on that basis," May said. (Reporting By Andrew MacAskill; editing by Stephen Addison)

More from Aol.com:
Dozens of Britain's most powerful men accused of attending exclusive gala where women were allegedly groped and harassed
GOP congressman says he didn't harass a young female staffer but thought they were 'soul mates'
Ruth Bader Ginsburg reveals her #MeToo moments during Sundance