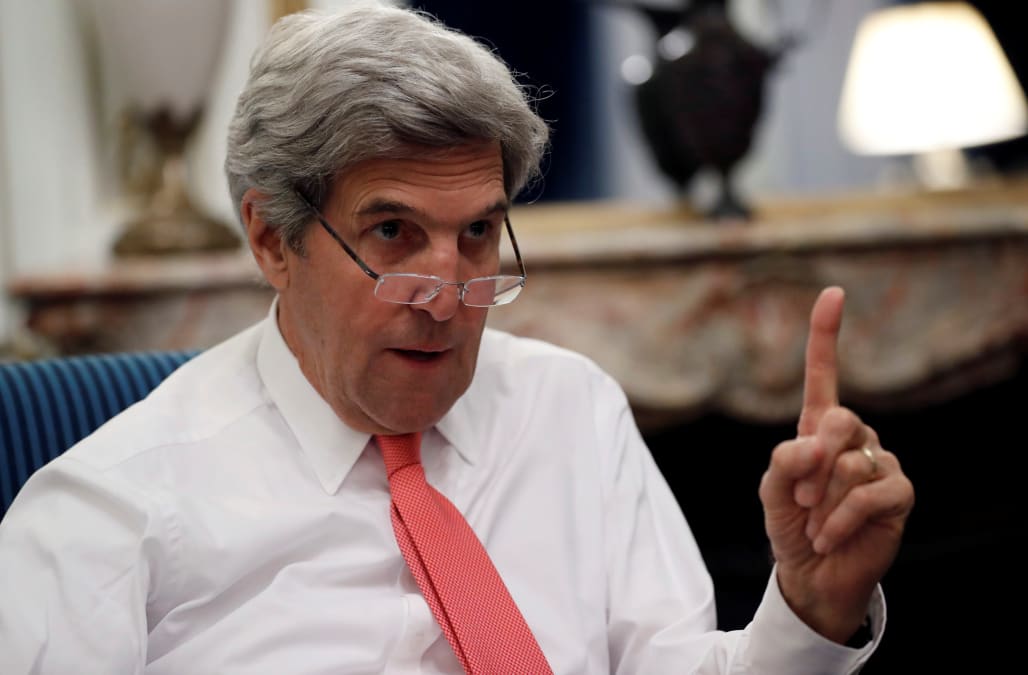 Former Secretary of State John Kerry is reportedly considering a presidential run in 2020.

Kerry, 74, when asked about his age, said he wasn’t much older than Trump and wouldn’t have a problem.

In 2004, he ran for president as the Democratic nominee but lost to President George W. Bush, earning his second term, in the election.

In the meeting, Kerry suggested Abbas should “hold on and be strong” because Trump won’t be in the White House much longer.

Kerry even used “derogatory terms” to describe Trump and said Abbas should personally attack the President rather than the U.S., according to the report.

Abbas has been critical of the President’s Middle East peace efforts and condemned his decision to move the U.S. embassy to Jerusalem.