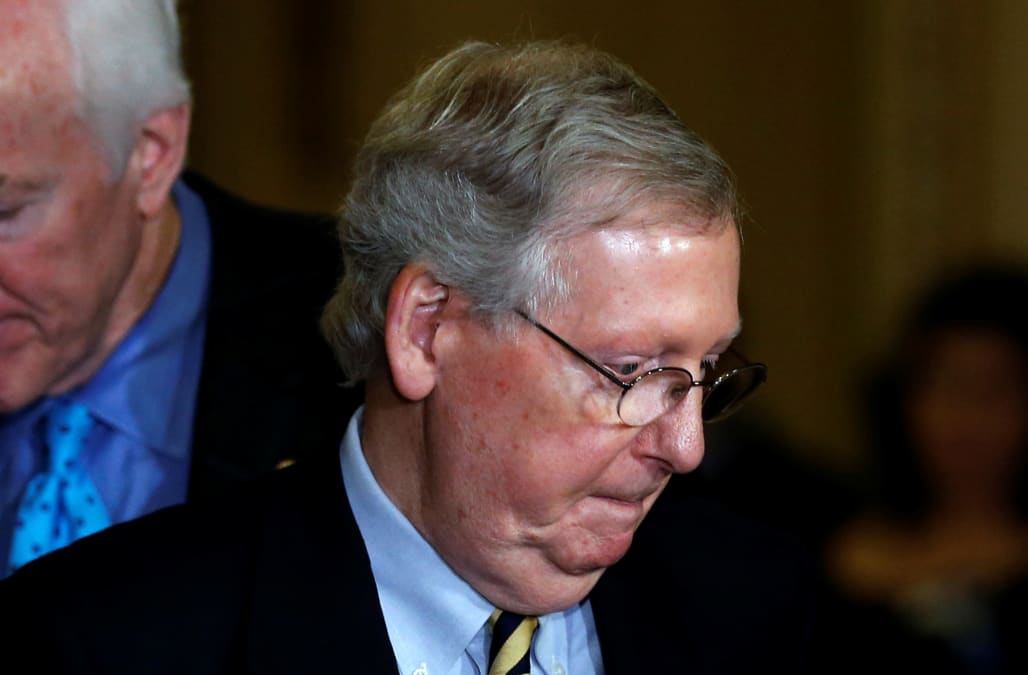 Biden said he believed that McConnell's refusal to sign a bipartisan statement acknowledging Russian interference appeared to be "all about the political play," according to Politico.

Speaking at a Council on Foreign Relations event on Tuesday, Biden said he and President Barack Obama believed at the time that without bipartisan support, putting out a statement that questioned the integrity of the election would be perceived badly by the public.

"Can you imagine if the president called a press conference in October, with this fella, Bannon, and company, and said, 'Tell you what: Russians are trying to interfere in our elections and we have to do something about it,'" Biden said.

He continued: "What do you think would have happened? Would things have gotten better, or would it further look like we were trying to delegitimize the electoral process, because of our opponent?"

Biden also said that had he known about the intelligence report that concluded Russia had carried out a cyber campaign to sabotage the election, he "may have done something more."

The January 2017 declassified intelligence report provided insight into Russia's "significant resources in both foreign and domestic propaganda" aimed at influencing the electoral process by developing "a clear preference for President-elect Trump."

Representatives for McConnell reportedly disputed Biden's claims that he refused to join them in publicly condemning Russia, pointing to a letter signed by congressional leaders around two months before the election that warned the National Association of State Election Directors of cybersecurity concerns.

The letter, which McConnell's office touted as "publicly available on the Internet for all to see," did not appear to address the threats Russia specifically posed, according to Politico.

NOW WATCH: Here's how easy it is for the US president to launch a nuclear weapon

SEE ALSO: Here are some of the questionable tweets that Twitter says were linked to the Russian government during the 2016 US election