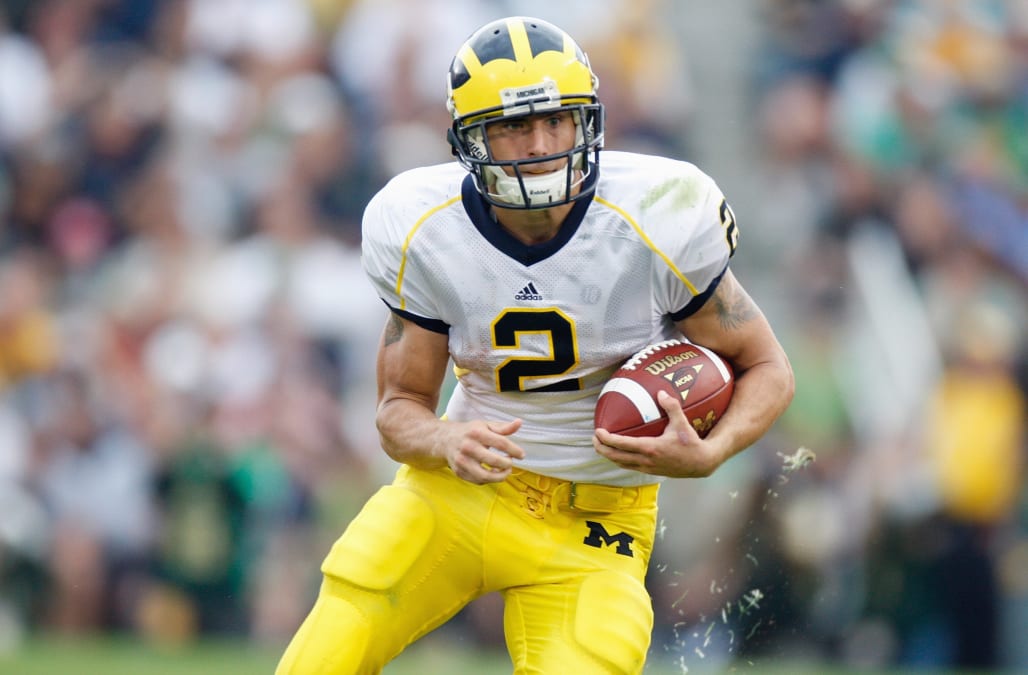 There will be a former Michigan football player competing at the Winter Olympics in South Korea.

Sam McGuffie, a former Wolverines’ running back, has been named to the United States’ bobsled skeleton team. The 28-year-old Texas native will be a “push athlete” for the American team in PyeongChang.

The football player-turned-bobsledder was a four-star prospect coming out of high school. He chose Michigan over Notre Dame, Texas A&M and USC.

McGuffie, a 5-foot-10, 200-pound running back, started as a freshman for Michigan, but transferred out of the program in 2008. He went to Rice to be closer to home.

Along with football, McGuffie ran track collegiately, doing everything from the 60 and 100-meter dash to pole vaulting to shot put. His speed and strength clearly translate well to bobsledding, where he’ll be tasked with pushing the sled off the starting line.

Joining McGuffie on the push crew will be Evan Weinstock and Steve Langton. He’ll also serve as the “brake man” for the two-man team with Codie Bascue.

You can read the full release from Team USA below:

The Winter Olympics are set to begin on Feb. 9 and run through Feb. 25.

The post Former Michigan Running Back Named To Olympic Bobsled Team appeared first on The Spun.

More from The Spun:
The Opening Betting Line For Michigan-Notre Dame Is Out
Michigan Offers Position To Former Ohio State OC Ed Warriner
Ohio State Freshman Doesn’t Think There’s Much Of A Rivalry With Michigan