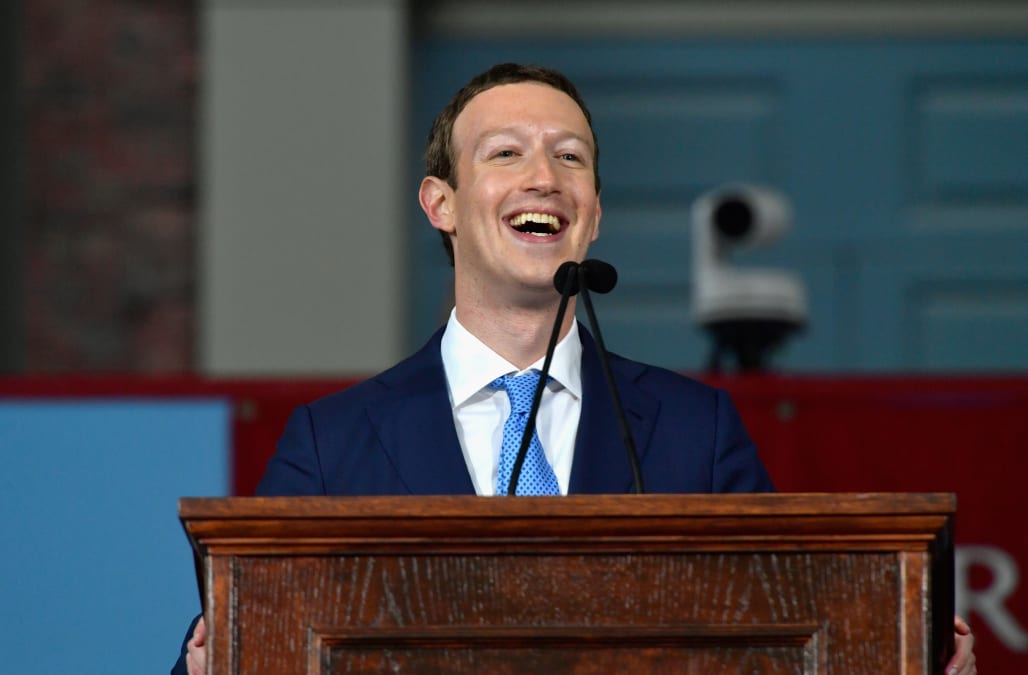 The company, which has more than 2 billion monthly users, said its members, not experts or Facebook executives, would determine how news outlets rank in terms of trustworthiness. It also said it would put an emphasis on local news sources.

The move is likely to send shockwaves through the media landscape in nearly every country, given the ubiquity of the world's largest social network and how central it has become in some places to the distribution of news.

Zuckerberg said on Friday he expects recently announced changes to shrink the amount of news on Facebook by 20 percent, to about 4 percent of all content from 5 percent currently.

The chief executive outlined the shakeup in a post on Facebook, saying that starting next week the News Feed, the company's centerpiece product, would prioritize "high quality news" over less trusted sources.

"There's too much sensationalism, misinformation and polarization in the world today," Zuckerberg wrote.

"Social media enables people to spread information faster than ever before, and if we don't specifically tackle these problems, then we end up amplifying them," he wrote.

The quality of news on Facebook has been called into question after alleged Russian operatives, for-profit spammers and others spread false reports on the site, including during the 2016 U.S. election campaign.

The change will affect not only links posted by news outlets but also news stories that individuals share, Facebook said.

News organizations immediately began considering how they would fare in the ranking.

"For some time, we have argued that Facebook should give priority to news from trusted sources," he said in a statement.

Tom Gara, opinion editor at BuzzFeed News, wrote on Twitter that he expected partisan outlets to fare worse: "This sounds like extremely good news for news publishers that aren't hated by one side or the other."

Facebook has had a stormy relationship with news organizations, especially those with strong political leanings. In 2016, Republican U.S. lawmakers expressed concern that Facebook, based in liberal Northern California, was suppressing news stories of interest to conservative readers.

Facebook said that ranking by trustworthiness was not intended to directly impact any specific groups of publishers based on their size or ideology.

Zuckerberg said he settled on the idea of surveying Facebook users after rejecting having the company itself rank news outlets' trustworthiness.

"We decided that having the community determine which sources are broadly trusted would be most objective," he wrote in his post.

Facebook said it did not plan to release the survey results because they will represent an incomplete picture of how a story's position in a person's feed is determined.

Many factors determine where a post appears in a Facebook user's News Feed such as subject of the post, who wrote it and who is commenting on it.

Last week, Zuckerberg said the company would change the way it filters posts and videos on News Feed to prioritize what friends and family share.

News Corp, owner of the New York Post and other outlets, responded to the earlier Facebook announcement with a pledge to look for "any signs that the weighting of news sites is politically motivated."

The Rupert Murdoch-led company had no immediate comment on Friday.