27-year-old woman dies after getting the flu 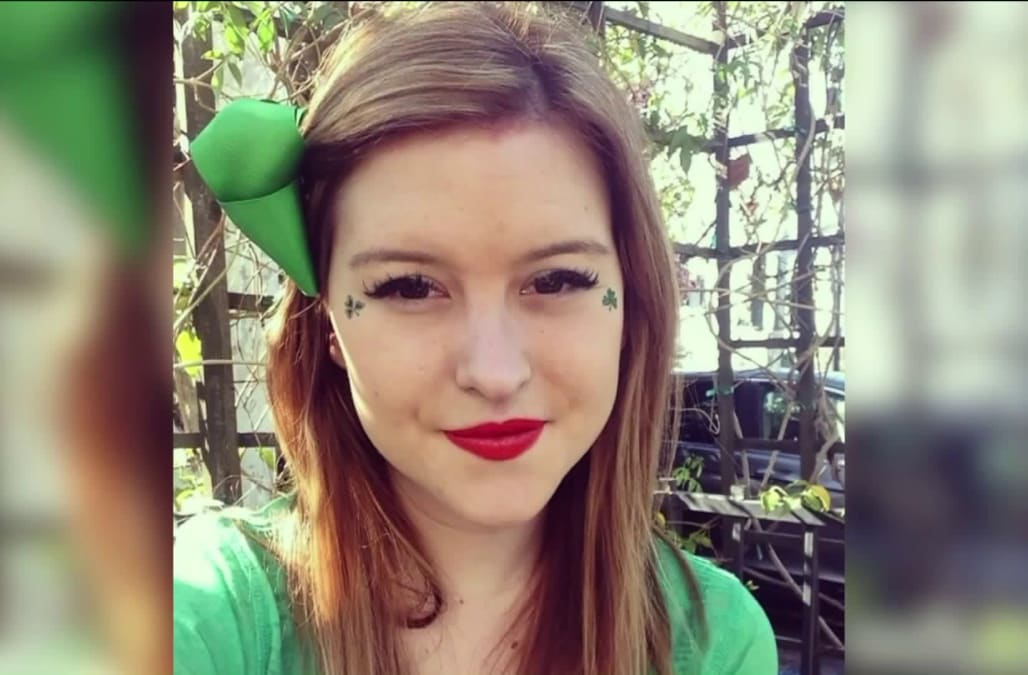 (KTLA) -- The parents of Katharine Gallagher said she was a healthy, vibrant 27-year-old woman living in Tustin when she suddenly died after contracting the flu and then developing pneumonia last month.

She went to urgent care on a Sunday, and by 6 p.m. the following Tuesday, she was dead.

"Walking down the aisle behind her casket was probably the worst thing that’s ever happened to us," her mother, Liz Gallagher, told KTLA in a tearful interview in Lake Forest on Tuesday.

The flu season has hit the nation especially hard this season, and in California, the death toll has risen to at least 42 people under the age of 65 — a rising number state health officials say could make it the worst flu season the state's seen in a decade. Gallagher became one of those dozens of fatal flu cases when she developed severe acute bronchial pneumonia as a complication of the flu and died on Dec. 5, her mother said.

Now her mother wants to warn others, particularly young people who may feel less susceptible to developing serious flu complications, about paying attention to the early signs and getting treatment.

When Gallagher fell ill with the usual flu symptoms — a fever, chills, nausea, aches and pains — she didn't expect it would take such a serious, and ultimately fatal, turn. After going home sick with those symptoms and a backache on a Friday, Gallagher was reluctant to go to the doctor, figuring the virus would pass on its own, her mother said.

The following Sunday, she visited urgent care for antibiotics and IV fluids, her mother said. But the virus only got worse.

"The next thing we know, we got a call from her boyfriend saying that about ten after 6, saying that it was bad and the paramedics were there," she said, her voice quivering with emotion.

Gallagher died just two days after going to urgent care. She did not have the flu shot, and once she got the virus, her mother said she tried to just sleep it off.  Her mother said it's important other people around her daughter's age take the virus seriously.

"Young people just think they’re invincible, and most of them don’t want to pay what it costs now to go to doctors," she said.

"Life is short, and I guess it’s trite to say 'Live every day the best way you can,' but nobody ever thinks it will happen to them."

She was the only child of her parents, Phil and Liz Gallagher, who described her as "very bright, intelligent, bubbly," and she was a graduate of Boston University.

More from Aol.com:
The flu epidemic has hit a milestone that hasn’t happened in over a decade
Children banned from hospitals as deadly flu continues to spread
6-year-old girl suffers shocking side effects from flu medication