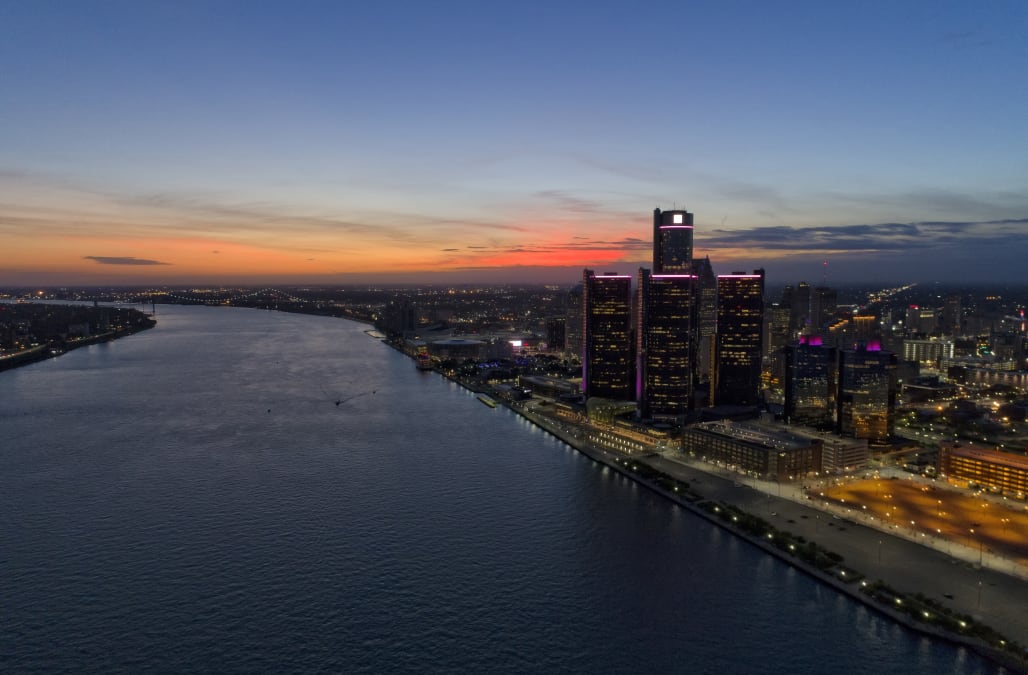 It brightened the cold Michigan night in an instant: a brilliant burst of light streaking across the sky, captured on security footage and dashboard cameras across part of the state.

Did you catch a glimpse of the meteor last night? Maybe you felt it! It lit up the sky and even registered on the Richter scale. pic.twitter.com/ImvbIuj8xN

Then the National Weather Service’s Detroit office tweeted out confirmation that the rock speeding through our atmosphere had caused an earthquake.

Not quite. The object did transfer some energy to the ground (either by smacking into it, or by sending the equivalent of a sonic boom through the air). But while the effect was enough to rattle some shelves and buildings, there was not nearly enough energy transfer to cause or trigger an earthquake—not even a small one.

What the USGS had actually confirmed was that their instruments picked up tremors roughly equivalent to what they would register during a magnitude 2.0 earthquake. Seismometers are designed to detect vibrations in the ground coming from areas—usually deep in the planet—where the brittle shell of rock that we all stand on abruptly breaks.

Ruptures in the earth’s crust are powerful enough to make the ground tremble, registering on seismometer networks in standardized ways. But a meteor speeding through the air and a sudden slip of an underground rock face are very different, even if they show up on a computer screen in the same way.

Just think of all the things that seismic networks have captured over the years. We've seen excited fans, explosive ammunition dumps and, of course, bears show up in a similar fashion.

Induced earthquakes do exist, many of which are linked to wastewater injection sites across the country, but the meteor (or meteorite) did not induce an earthquake. But did the falling object hit the ground with the force of a small earthquake?

“You can’t directly compare a meteor to the size of an earthquake. The comparison is different because the source is different—one is coming from the air and one is coming from the ground,” says Julie Dutton, a geophysicist with the United States Geological Survey. “When we see the energy transfer on our instruments people think, oh, it hit the ground with this force, but that’s not necessarily true. A lot of that energy is in the air. And in this case, we don’t even know if it hit the ground.”

The NWS in Detroit clarified their statement on Wednesday:

This is a fair point and one worth emphasizing. The meteor was about 6 feet in diameter and was traveling around 28,000 mph. The atmospheric pressure wave generated from its penetration into the atmosphere impacted the ground, causing an M2.0 to register on seismometers. https://t.co/dJT3BnKUF7

But even if it didn’t cause an earthquake, Tuesday evening's fireball was still an amazing event—especially for the people who got to see it.

“It is a rare occurrence to actually see these on our instruments,” Dutton says. Five years ago, the meteor that exploded over Chelyabinsk, Russia also registered on seismic networks as a magnitude 2.7 earthquake, but accounts before that are pretty rare.

NASA says that the meteor was moving at a rather sedate speed of 28,000 miles per hour. It was at least a yard across, though some estimates put it larger, at around 6 feet.

Eyewitness reports on the American Meteor Society website have already established an estimated trajectory of the fireball, and there are certain to be many people out looking for parts of the space rock, if it made it to the ground.

If you missed this spontaneous light show, don’t worry. There will be plenty of other meteor showers. According to NASA, about 45 tons of “meteoritic material” falls into our planet’s atmosphere every day. They’re not all big beautiful fireballs like the one we saw last night, but take a chance and look up every once in a while. You just might see something that rocks your world.

More from Popular Science:
Meet the amateur astronomers who track secretive spy satellites for fun
Inside the biggest nuclear power plant tear-down in the U.S.
The Montecito mudslide is a tragic reminder to respect our soil