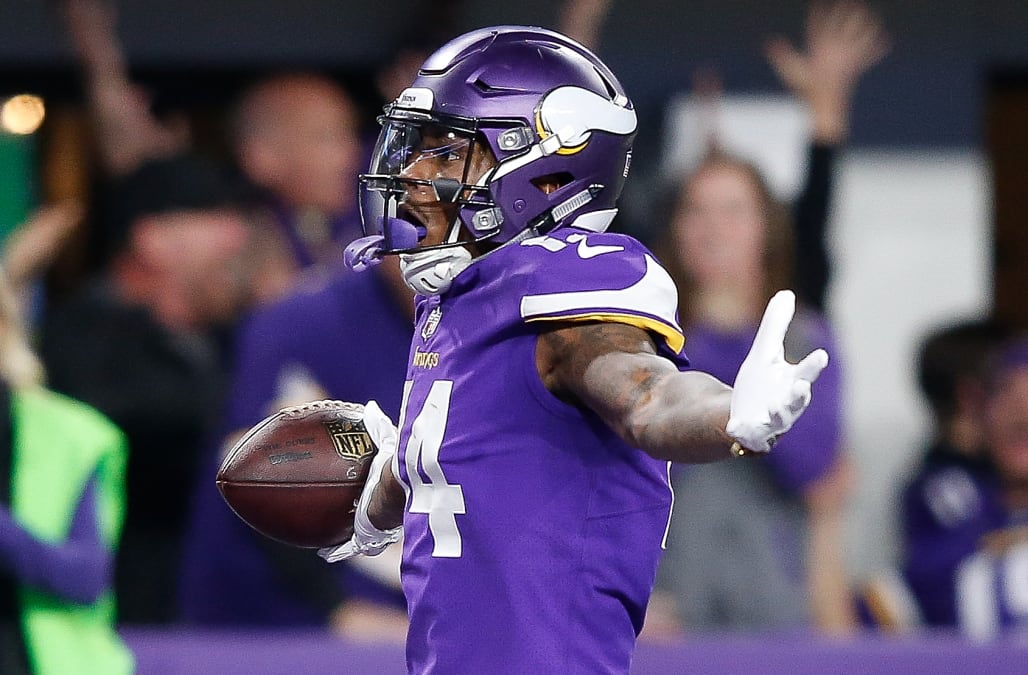 After another wild weekend of football that exceeded all expectations, there's only four teams remaining and three games left until a Super Bowl champion is crowned.

Sadly, that means there's just three more games left for bettors to gamble on before the long offseason. But there's no time to fret about the offseason yet — there's still money to be made before we pack up our winnings and head home.

Last week we put about $1,000 hypothetical dollars on the line and ended up with a net loss of $100 after the miraculous Stefon Diggs touchdown gave the Vikings the win and covered our +4.5 on the Saints. A tough loss, but it was worth it for the fantastic reaction videos we got out of Minnesota fans awestruck by their victory. Even Case Keenum was surprised!

That said, because we were down last week and have so few games remaining to build up our bankroll, we're increasing the sizes of our hypothetical bets a bit today in an effort to walk with as much as possible after Super Bowl Sunday.

Below are our best bets for this weekend of NFL action. All lines come courtesy of the Las Vegas Hilton SuperBook.

The Pats have shown that they will let strong teams stay in games throughout the season, and despite whatever Blake Bortles joke you want to make, the Jaguars are a strong team this year. They should be able to hold their own when the Pats go five-wide on third-and-six, and if they can pressure Brady and get him uncomfortable, the Jags have a shot to win outright.

The logic: Despite allowing the Steelers to put up 42 points last weekend, the Jaguars' defense is still one of the strongest defensive units in the league, and with their elite corps of defensive backs, they feel specifically suited to be able to get stops on the Patriots when called upon.

Further, the Patriots have not quite been the offensive powerhouse that they've been in years past. While in flashes it has appeared that they're able to score at will, they only cleared 28 points in one of their final five regular season games. If the Jaguars can make a few stops in their own territory to turn touchdowns into field goals and field goals into punts, they can hold the Patriots to under 28.

The logic: Despite how much I like the Jaguars defense to match up against the Patriots receivers, Gronkowski is still a clear mismatch for Jacksonville that will take time to adjust to. Watch out for Gronk to be a constant target of Brady's when his other options are all clamped down in coverage.

Will Gronk score a touchdown?

The logic: Gronk has scored a touchdown in every postseason game he's played in since 2014.

Will Dion Lewis score a touchdown?

The logic: I know I'm aiming at a pretty tight window here, betting on two Patriots players to score a touchdown while the team still stays under 28 points total, but hear me out.

Dion Lewis has been as reliable a running back as the Patriots have had in ages, and with the Jaguars stout passing defense, Belichick will likely have a game plan that involves figuring out a way to find Lewis in space. It's always a risk to bet on a Belichick running back, but Lewis should have himself a game on Sunday.

Will Tom Brady throw an interception?

The logic: I'm going all-in on the Jaguars defense. Brady throws a duck or gets hit during his release and Jalen Ramsey finds the ball and takes it the other way. Book it.

The logic: Again, I want to establish that I'm an Eagles fan by trade and there is a fair amount of homerism in this pick. But Philadelphia has embraced their underdog role and still sport one of the best defenses in the league. Last week they won despite losing the turnover battle 2-0. If they can keep the ball secure and Nick Foles can keep the game managed, they'll be in this game until the end.

Also, the Vikings feel a bit too much like the team of destiny — just one win away from a Super Bowl in their home stadium. If the past two years have taught me anything, it's that when something good feels pre-ordained, bet the other way. You only get one miracle per postseason (unless you're the Patriots).

The logic: The Eagles haven't given up more than 10 points in their past four home games, and you can be sure that the Philadelphia crowd will be locked in once again on Sunday.

The logic: Diggs was the savior for the Vikings last weekend, but I'm guessing this number was listed a bit over-inflated to compensate for the huge boost in attention he has received in the days since his miraculous scamper.

The logic: I love Zach Ertz and expect him to get free on a short slant at least once on Sunday for a big first down and some solid yards-after-catch. There's a reason they call him YAC Ertz in Philly.

The logic: Last week, both these teams played in games that featured a one-yard score. All it takes is one pass interference in the end zone or one stalled goal line stand to put this bet in position, and with two teams that are likely to go for it on fourth-and-goal from the one, this feels like a solid bet.

The logic: This is one of the more deceiving bets available for most postseason games. While it feels difficult for a team to score three times in a row, it happens more often than not, hence the extra juice we're getting on betting "No" here.

Both the Eagles and Vikings scored three times in a row in their games last weekend, but we're betting against the trend this time around because I don't think there's going to be a ton of scores in the game in the first place. As long as we're not hit with a free possession by a team scoring right before halftime, this feels like the right side of this bet.

(Photo by Jamie Squire/Getty Images)
Up Next

And that's all folks! We have $1,740 in hypothetical money in play, so I want to encourage you to not bet any money you don't have, but that said, enjoy the games!

Now take a look back at the amazing run of championship games we've seen over the past two years.

We just witnessed the greatest 24 months in sports championship history