Report: Risk of nuclear weapons and extreme weather are top threats for 2018 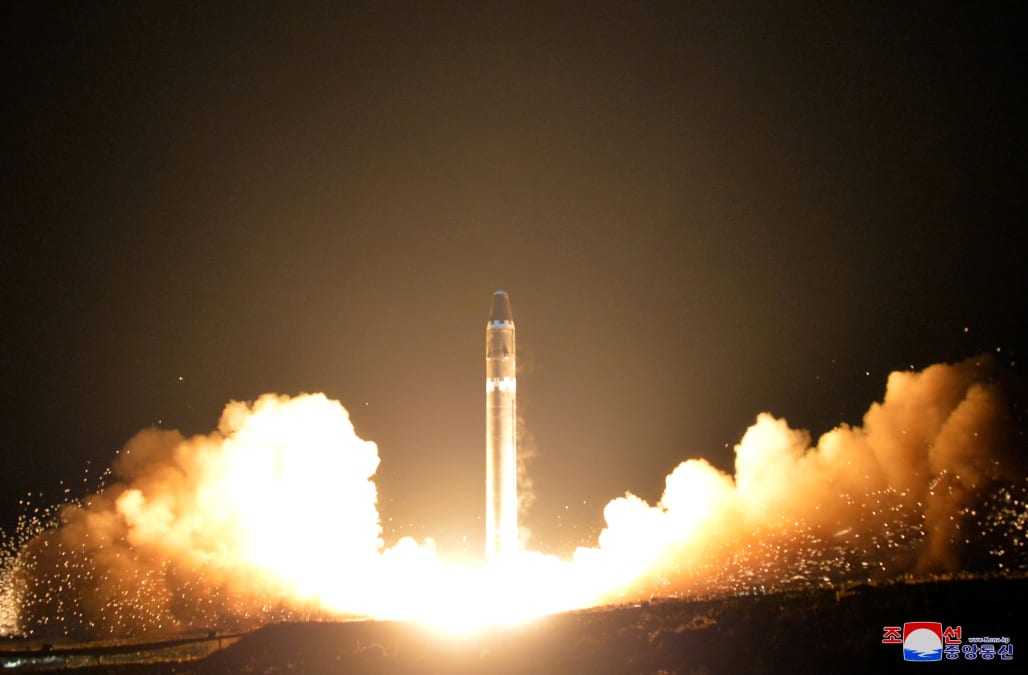 What issues are 1,000 international leaders from the worlds of business, government, academia, and civil society most concerned about in 2018?

Mother Nature was the most significant risk likely facing the world for a second year in a row.

Deadliest hurricanes in US history

The Category 4 storm, which made landfall in Galveston, Texas, ranks as the deadliest weather disaster in U.S. history. It killed at least 8,000 people, according to the National Weather Service. The storm also flattened thousands of buildings in the coastal city of Galveston, leaving many people homeless. The city was flooded by a storm surge more than 15 feet (4.6 meters) tall.

In this photo: Men use ropes to pull away the debris of houses in order to look for bodies after the Galveston Hurricane of 1900.

Photo by Library of Congress/Corbis/VCG via Getty Images

The Category 4 storm made landfall in Palm Beach County, Florida. An estimated 2,500 people died, but the figure could be as high as 3,000, according to the National Weather Service. The south shore of Lake Okeechobee was hit by severe flooding as a surge of water topped dikes in the area.

The hurricane made a direct hit on New Orleans as a Category 3 storm, causing levees and flood walls to fail in dozens of places. Most of New Orleans was flooded, and some people who were stranded in their homes climbed to the roofs to await rescue. About 1,200 people died, according to the National Weather Service. Most victims were in Louisiana, but neighbouring Mississippi also was hard hit. Katrina caused an estimated $108 billion in damage, making it the costliest hurricane ever to strike the United States.

In this photo: Christian Schloegel stands amidst the rubble of his grandmothers home destroyed by Hurricane Katrina in Gulfport, Mississippi, on August 30, 2005.

The Category 3 storm made landfall in Long Island and Connecticut. It caused about 600 deaths, including off-shore fatalities, according to the National Weather Service. Parts of Massachusetts experienced wind gusts up to 186 miles per hour (299 km/h).

In this photo: Men search for bodies in the wreckage caused by the Great New England Hurricane.

The Category 4 hurricane struck near the Texas-Louisiana border, unleashing storm surges that reached up to 25 miles (40 km) inland in the low-lying areas, according to the National Weather Service. It killed more than 400 people.

In this photo: Wreckage shows the aftermath of Hurricane Audrey, Louisiana.

The storm ripped through the Florida Keys as a Category 5 storm. It then moved north just off the western coast of Florida before turning inland and making landfall as a Category 2. More than 400 people died.

In this photo: Rescue workers search for more victims of a 100-mile-an-hour hurricane.

Although viewed as not likely, nuclear war climbed up the list as tensions rise between North Korean leader, Kim Jong Un, and U.S. President, Donald Trump.

The report comes in advance of the World Economic Forum where founder, Klaus Schwab, says it’s absolutely essential to have President Trump present to discuss the future of global cooperation related to trade, environment, the fight against terrorism tax systems, and competitiveness.