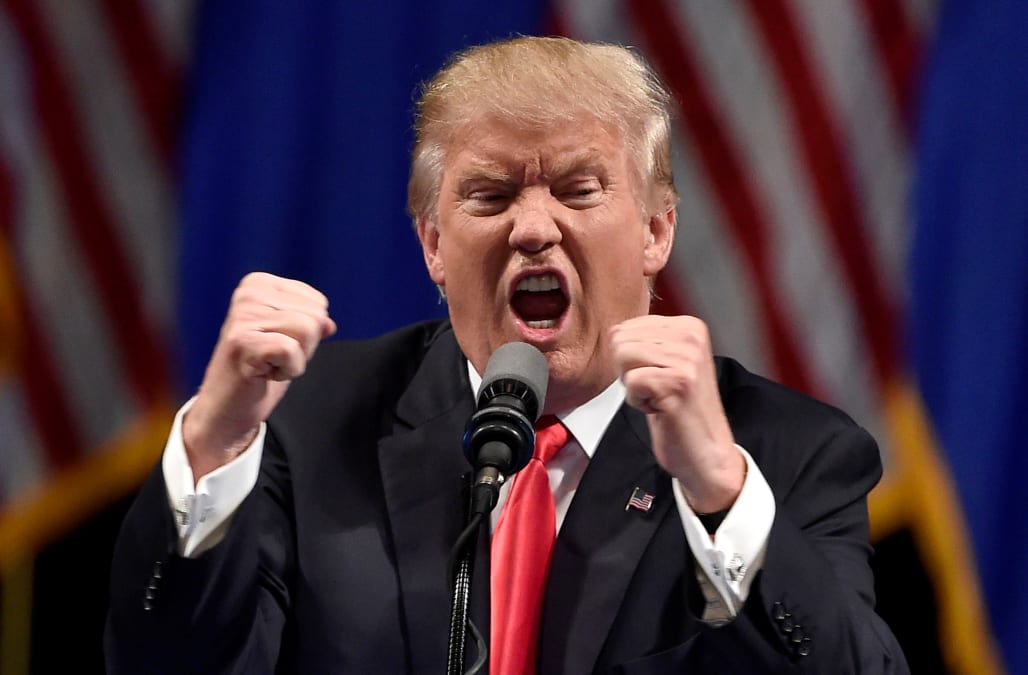 An old photograph of President Donald Trump ranting on the stump is going viral again.

Click past the original image to see the amazing creations:

Photo Credit: Imgur
Up Next