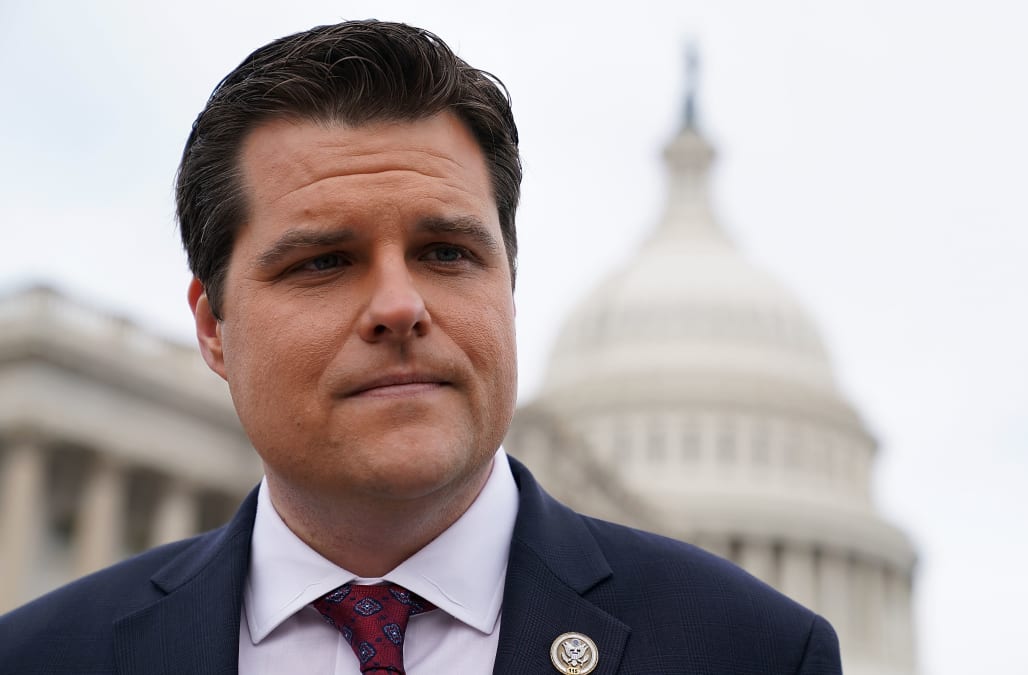 Rep. Matt Gaetz (R-Fla.) slammed Haiti on Tuesday, saying the country is covered with garbage and that conditions there are “disgusting.”

Trump has denied the comments.

“I would not pick those terms, but I would say that the conditions in Haiti are deplorable, they are disgusting,” Gaetz told MSNBC’s Chris Hayes. “I mean, everywhere you look in Haiti, it’s sheet metal and garbage when I was there.”

Earlier in the conversation, Hayes tried to engage Gaetz by asking how he’d feel if someone used Trump’s reported language to describe Florida.

“If I called ― and you’ll forgive me for using the language of the president ― but if I called Okaloosa County a shithole, you’d understandably be upset with that, right?” Hayes asked.

Gaetz, whose district includes much of Okaloosa County, replied:

“Yes; I could also prove you wrong, because I could bring you to Okaloosa County and show you that it’s the home of the most beautiful beaches in America. I don’t know that in Haiti they can make the same claim.”

Trump’s comment set off protests by the Haitian-American community, including a demonstration outside Mar-a-Lago in Florida on Monday.

“I don’t want my kids to grow up thinking their parents are from a shithole country,” protester James Leger said, according to NBC Miami. “We’re asking you to apologize to the Haitians.”

Stars react to Donald Trump's 'sh-thole' comment
Hmmm numbers 2 and 21 are very similar but the initia lie is different than the continued racism post exoneration s… https://t.co/tzRy1DmjuP
Ok 3 more and I’ll def know for sure https://t.co/wOaxLFuXes
Come on now....this is inexcusable https://t.co/5spIRN4R2t
Annnnnd.... virulently racist https://t.co/1bBU4ZkVt6
We are all sons and daughters of immigrants https://t.co/VFX8xOVk7A
I am mortified that our brothers and sisters in Haiti & Africa have hear the blathering of the idiotic 🇺🇸 President.
https://t.co/70mjHuZYrP
🤜🏾🤛🏾 https://t.co/zPYGNNHhMQ
UM #NeverForget 💩🕳 https://t.co/wN5i2M0z6q
Tonight at 11/10c, as someone from South Shithole, Trevor is deeply offended by the president’s remarks. https://t.co/4dTaMapmSG
TONIGHT: You better believe if the President is speaking his mind about certain [redacted] countries, Stephen's spe… https://t.co/itUAoOb79V
From tonight’s #LNSM: @SethMeyers responds to Trump’s remarks on “s**thole countries.” https://t.co/gUjCosn7Fn
I’m just gonna start calling him president Shithole.
Our nation was founded by immigrants, built by immigrants, made great by immigrants. They came war torn, oppressed… https://t.co/ELhZsJ6ytX
You are a racist liar. https://t.co/tUMmLqLDm4
Countries don’t immigrate, people do. The quality of a person isn’t determined by their surroundings. The point is… https://t.co/Zz5i2p2mRo
If they aren’t shithole countries, why don’t their citizens stay there? Let’s be honest. Call it like it is.
Haiti you are LOVED ❤️ https://t.co/4f4N91i9Mm
What do the people in 56 different African nations and in Haiti have in common? They are all black. Trump has not d… https://t.co/xGSuFOxcae
How is he allowed to talk to us this way?!! Are there no more moral and ethical codes left in America since he took… https://t.co/yXIArgqmca
The United States is supposed to take people from shithole countries. That’s the whole point, you dotard.
Up Next

Another protester wanted to remind Trump that Haitian immigrants contribute to America.

“The president does not understand us,” Jean Bruny, a Haitian pastor in West Palm Beach, told the Palm Beach Post on Monday. “We are not coming here to do any bad thing, we are coming here for a better life and to help our family in Haiti. We pay taxes, we buy houses, we contribute to the United States.”

Watch the full conversation above.