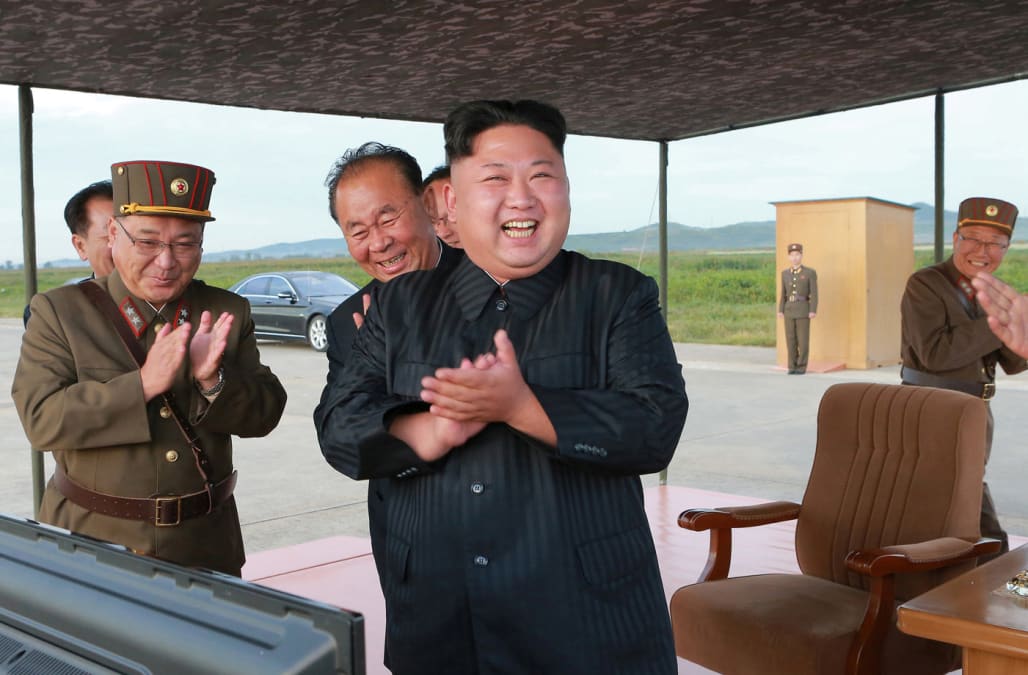 A top authority on North Korea has jokingly suggested the US launch an unorthodox attack on the country's leader.

Jeffrey Lewis, the founding publisher of Arms Control Wonk and director of the East Asia Nonproliferation Program at the Middlebury Institute of International Studies in Monterrey, California, outlined a plan for the US to strike Kim Jong Un's personal toilet.

Writing at The Daily Beast, Lewis was responding to increased chatter of a US strike on North Korea when he suggested the attack, but nonetheless, it illustrates the dangers of and motivations behind using military force to send a message.

South Korea, US show off missiles that could kill Kim Jong Un
Up Next

Basically, reports have come forth that the US is tired of North Korea's constant defiance, and wants to carry out a limited strike in response.

In theory, using force against a weaker enemy can remind them who is in charge. North Korea couldn't really defend against a small US strike, but it doesn't intend to defend.

North Korea's military posture is entirely offensive. While they could do little to stop an incoming cruise missile or air strike, North Korea could easily start blasting Seoul, South Korea's capital of 25 million with artillery shells.

Lewis seems to think the idea has some merit, but the difficulty lies in finding a target that's important enough to matter, but not big enough to cause Kim to go to war. From The Daily Beast:

"The central challenge, as we contemplate a 'bloody nose' option for a limited military strike, is finding a suitable target that represents Kim Jong Un’s nose — a target that will allow our strike to be intimidating and humiliating to Kim, but not the sort of broad assault that might prompt him to retaliate with his growing stockpile of nuclear weapons."

Lewis settles on a target of little strategic importance, but great personal relevance to Kim: His port-a-potty.

Kim almost always observes North Korean missile launches from a private trailer. The launches normally happen in the middle of nowhere, so comforts like a port-a-potty suited for a supreme party leader need to be shipped in.

"Destroying the port-a-potty will deny Kim Jong Un a highly valued creature comfort, while also demonstrating the incredible accuracy of US precision munitions to hold Kim and his minions at risk. It will send an unmistakable message: We can kill you while you are dropping a deuce," writes Lewis.

Lewis refers to his own idea as hilarious, and "a comedy and an action movie—both at the same time," but the US military may not be laughing.

Lewis' idea, while funny, represents a rather circumspect approach to selecting the right target to use military force to send a message. While the verbal, diplomatic, and economic messages the world has tried time and time again have failed to get through to North Korea, President Donald Trump's administration has floated the idea of military action more than any before it.

NOW WATCH: A Navy SEAL explains why you should end a shower with cold water

SEE ALSO: The US is reportedly considering a 'bloody nose' attack to humiliate North Korea — here's how it could go down