In Norway, Trump’s comments on immigration rejected as backhanded praise 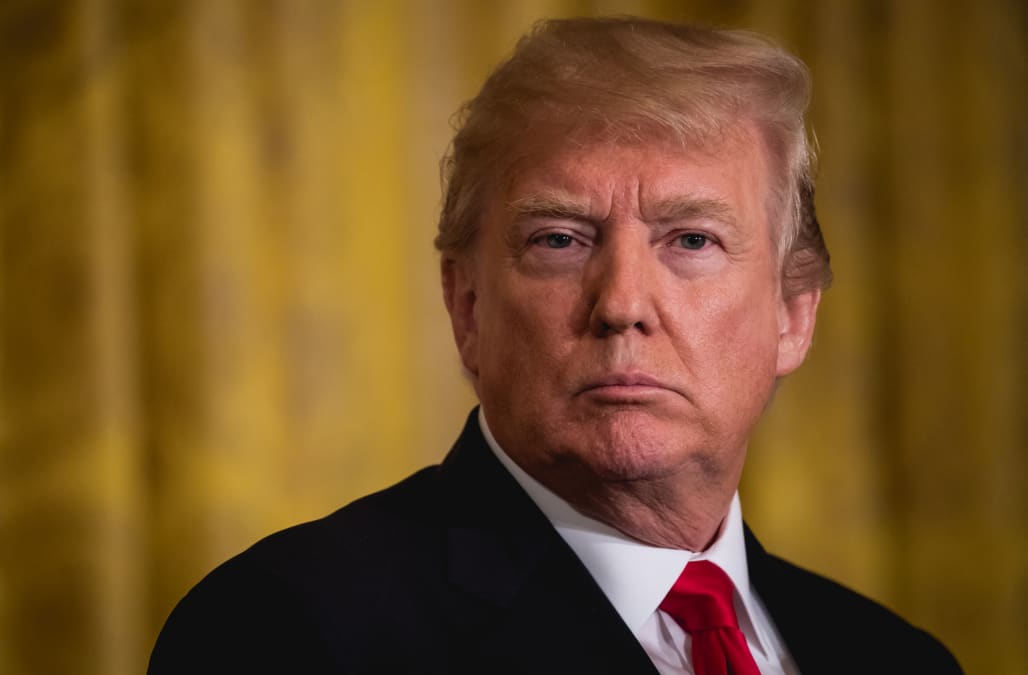 OSLO, Norway — On a quiet winter morning, Ingvild Rosseland walked her two dogs through a snowy forest in Huk, a public park in the capital of Norway — a country recently designated by President Donald Trump as not being a "shithole."

The president used the vulgarity while referring to immigration from African nations, and told a group of lawmakers that the United States should have more people coming from places like the Scandinavian nation, according to a Democratic aide.

“It’s nice that people want us,” Rosseland, 40, said as she walked along the frozen banks of the inner Oslo Fjord, “but I didn’t react to it as a compliment."

Many in Norway have been saying "thanks but no thanks" to what they perceive as backhanded praise from the U.S. president, which came the same day he had met with Norwegian Prime Minister Erna Solberg.

Gina Barstad, 31, a representative to parliament for the opposition Socialist Left Party said Trump’s comments say a lot about his “lack of understanding about the conditions in other countries, both in Haiti and in Norway.”

Reactions quickly spread across social media in Norway, with some bristling at the concept that Norwegians would want to move to the United States given the president’s comments.

Speaking to NBC News, Bergesen added: “Why are we supposed to be better, because we’re predominantly white? Some of the richest people in the world?”

Bergeson, a former diplomat who worked in Washington, D.C., during the Bill Clinton and George W. Bush presidencies, thinks even for someone known to be unconventional, Trump’s remarks fall flat for most Norwegians.

“He’s not flattering us, he’s not creating a wave of immigration, he’s just confusing us even more,” he said.

Stars react to Donald Trump's 'sh-thole' comment
Hmmm numbers 2 and 21 are very similar but the initia lie is different than the continued racism post exoneration s… https://t.co/tzRy1DmjuP
Ok 3 more and I’ll def know for sure https://t.co/wOaxLFuXes
Come on now....this is inexcusable https://t.co/5spIRN4R2t
Annnnnd.... virulently racist https://t.co/1bBU4ZkVt6
We are all sons and daughters of immigrants https://t.co/VFX8xOVk7A
I am mortified that our brothers and sisters in Haiti & Africa have hear the blathering of the idiotic 🇺🇸 President.
https://t.co/70mjHuZYrP
🤜🏾🤛🏾 https://t.co/zPYGNNHhMQ
UM #NeverForget 💩🕳 https://t.co/wN5i2M0z6q
Tonight at 11/10c, as someone from South Shithole, Trevor is deeply offended by the president’s remarks. https://t.co/4dTaMapmSG
TONIGHT: You better believe if the President is speaking his mind about certain [redacted] countries, Stephen's spe… https://t.co/itUAoOb79V
From tonight’s #LNSM: @SethMeyers responds to Trump’s remarks on “s**thole countries.” https://t.co/gUjCosn7Fn
I’m just gonna start calling him president Shithole.
Our nation was founded by immigrants, built by immigrants, made great by immigrants. They came war torn, oppressed… https://t.co/ELhZsJ6ytX
You are a racist liar. https://t.co/tUMmLqLDm4
Countries don’t immigrate, people do. The quality of a person isn’t determined by their surroundings. The point is… https://t.co/Zz5i2p2mRo
If they aren’t shithole countries, why don’t their citizens stay there? Let’s be honest. Call it like it is.
Haiti you are LOVED ❤️ https://t.co/4f4N91i9Mm
What do the people in 56 different African nations and in Haiti have in common? They are all black. Trump has not d… https://t.co/xGSuFOxcae
How is he allowed to talk to us this way?!! Are there no more moral and ethical codes left in America since he took… https://t.co/yXIArgqmca
The United States is supposed to take people from shithole countries. That’s the whole point, you dotard.
Up Next

Norwegians do have it pretty good. The oil-rich country ranks No. 1 in the United Nations Human Development Index, with a high life-expectancy at 81 years and high incomes. The United States is 10th on the same list.

Even in the dead of winter, when the sun rises for only a few hours a day and heavy blankets of snow can be expected to sit on the eaves of homes until spring, Norwegians make the most of it — sledding in neighborhood parks or taking their skis onto the subway for a day trip to nearby resorts.

At a cozy café in the working class Tøyen neighborhood, Mette Brathen, a teacher, and her partner, Henning Velo, an engineer, sit down for a late breakfast, doing the crossword puzzle in a local paper.

The pair, both 45, say a lot of what makes Norway great comes from a socialist system that includes universal health care and prioritizes social welfare and the common good.

“We pay more tax, and that makes society able to care for people,” Velo said. “It’s not every person for himself, we work together.”

“But we have struck oil,” Brathen added. “We are lucky and sometimes I think we forget that. It’s luck we have this."

Norway, which first discovered oil off its shores in 1969, plows its revenue into a massive sovereign wealth fund that pays for state pensions and other expenses. The fund recently topped $1 trillion for the first time — about the same size as the economy of Indonesia.

“Before we struck oil,” Velo said, “we were a country that Trump would describe as a shithole. We were a poor country.”

Despite having a predominantly native-born, white population, Norway also has a growing number of immigrants — including from some of those countries the president seemingly disparaged.

Nda Naa Kuorhor, 28, came to Norway from Ghana in 2015 to study the works of playwright Henrik Ibsen at the University of Oslo on a full scholarship.

Working part-time as a server at a downtown hotel café, she said: “It’s cool living here.”

Kuorhor said she has experienced some uncomfortable moments in Norway that she perceived as being racist — like people getting up from their train seat when she sits down — but she said she would not want to move to the United States.

“I prefer Norway because it’s peaceful,” she said. “I hear things about the United States, like it’s not safe.”

A NATO ally, Norway has long enjoyed good relations with the United States. Last year, the U.S. deployed Marines to the country for Operation Joint Viking. They worked alongside British and Norwegian soldiers in training exercises a few hundred miles from the border with Russia.

But the perception of the United States as a friendly place is starting to change for young Norwegians. And remarks from Trump aren’t helping.

At Gurken, a small but colorful Oslo bar, young urbanites gathered to escape the cold on a freezing Friday night, throwing back beer, wine and the house specialty, “Pina Colada Slush.”

Among the customers was Erlend Hovgaard, a 30-year-old consultant who works for a Norwegian design company in Oslo.

“I don’t feel privileged at all by being that group of people that Trump assess are special,” he said. “I don’t feel honored.”

“I definitely don’t want to go to the U.S.," he said while holding a can of locally brewed beer.

“I would never live in a country with him as a president, pretty much.”