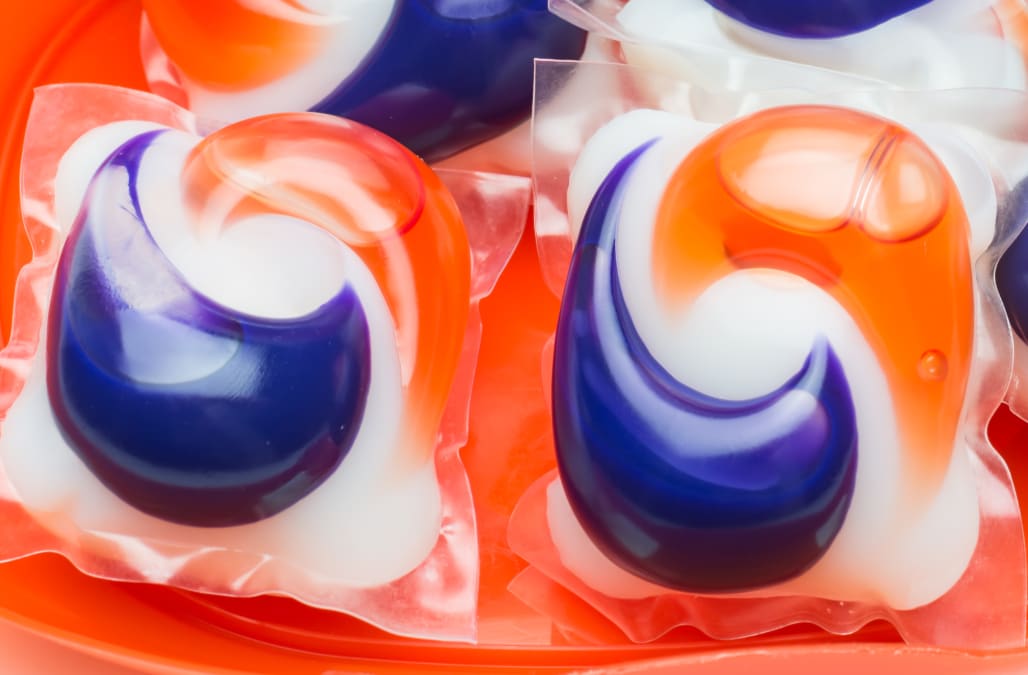 The allure of eating Tide Pods and similar products has been a beloved internet meme for years due to the candy-like appearance of the small laundry detergent pacs.

By 2015, jokes about wanting to consume the pods had become so rampant that even The Onion had to satirize the topic.

College Humor posted a viral video about eating laundry pods in 2017, in which a man goes back and forth debating whether or not he should consume the pacs before ultimately caving into the temptation and binge eating an entire bowl of them.

The end of the video shows the man being carted off into an ambulance saying, "I don't regret it."

Recently, the public's inexplicable lust for the toxic cleaning supply has reached new levels, and doctors are now warning parents that the trend has gone from harmless fun to extremely dangerous.

Multiple videos of teens attempting the 'Tide Pod Challenge,' in which participants put a Tide Pod in their mouths and chew it, are currently making the rounds online.

Although most of the videos seem to show the participant spitting out the colorful liquid detergent after the pod bursts, doctors say the liquid does not need to be swallowed to pose a very serious health threat.

If you still desire to eat detergent pacs but don't want to risk your wellbeing, a kind Tumblr user has created a recipe for edible Tide Pods (seriously.)

BREAKING: Someone on Tumblr has come up with an edible tide pod recipe pic.twitter.com/opiIZzgDk4

If you or your child has swallowed a laundry detergent pod, call the national poison help hotline at 1-800-222-1222.