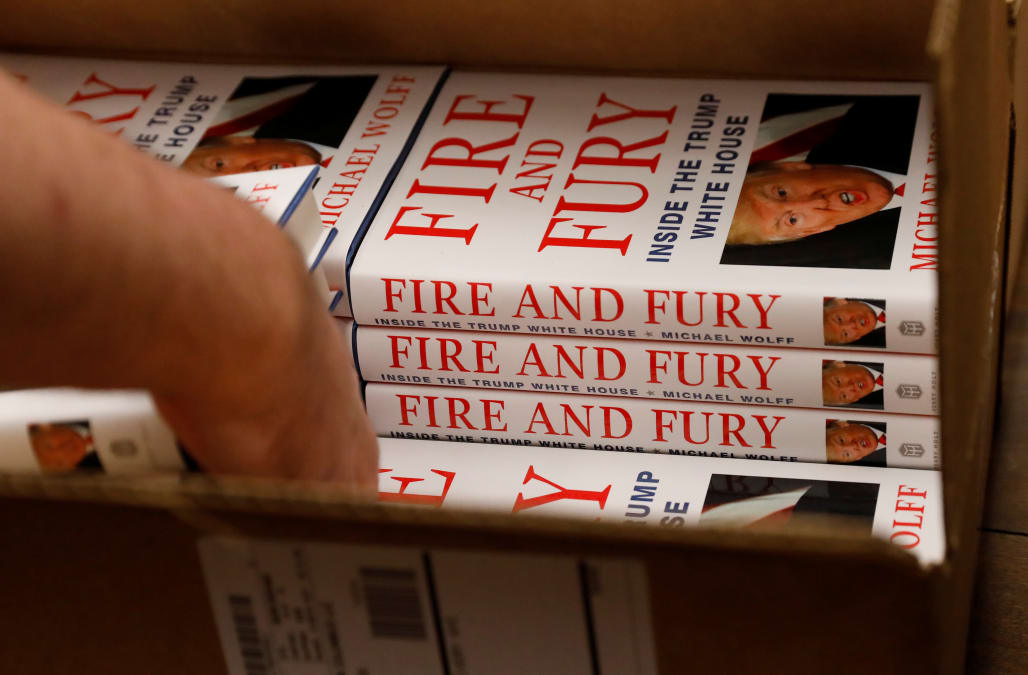 Author Michael Wolff has sent waves through the nation with the release of his new book, but a new poll suggests many voters may be flipping the book's pages with a skeptical eye.

According to a new Morning Consult/Politico poll conducted between January 4 and 5, a total 32 percent of registered voters find "Fire and Fury: Inside the Trump White House" to be "very" or "somewhat" credible. Inversely, a total 25 percent of voters find the book to be "not too" or "not at all" credible.

An additional 42 percent of respondents say they either haven't heard of the book or have no opinion on it.

Michael Wolff has spoken out himself on trustworthiness, naming President Trump as "a man who has less credibility than, perhaps, anyone who has ever walked on earth." Still, the author made a point of including a note about conflicting accounts in his book -- even admitting that some of his sources were definitely lying to him.

"Many of the accounts of what has happened in the Trump White House are in conflict with one another; many, in Trumpian fashion, are baldly untrue," Wolff notes in the book's prologue. "These conflicts, and that looseness with the truth, if not with reality itself, are an elemental thread of the book."

"Sometimes I have let the players offer their versions, in turn allowing the reader to judge them. In other instances I have, through a consistency in the accounts and through sources I have come to trust, settled on a version of events I believe to be true."

Another question in the new poll asked respondents if action from Trump's legal team issuing a cease-and-desist letter to publisher Henry Holt should halt the book's publication. Some 46 percent of voters responded that the book's publication should not be halted, while 21 percent believe the allegations of libel are just cause for a pause in book sales.

The poll surveyed a total 1,988 registered voters and had a 2-point margin of error.