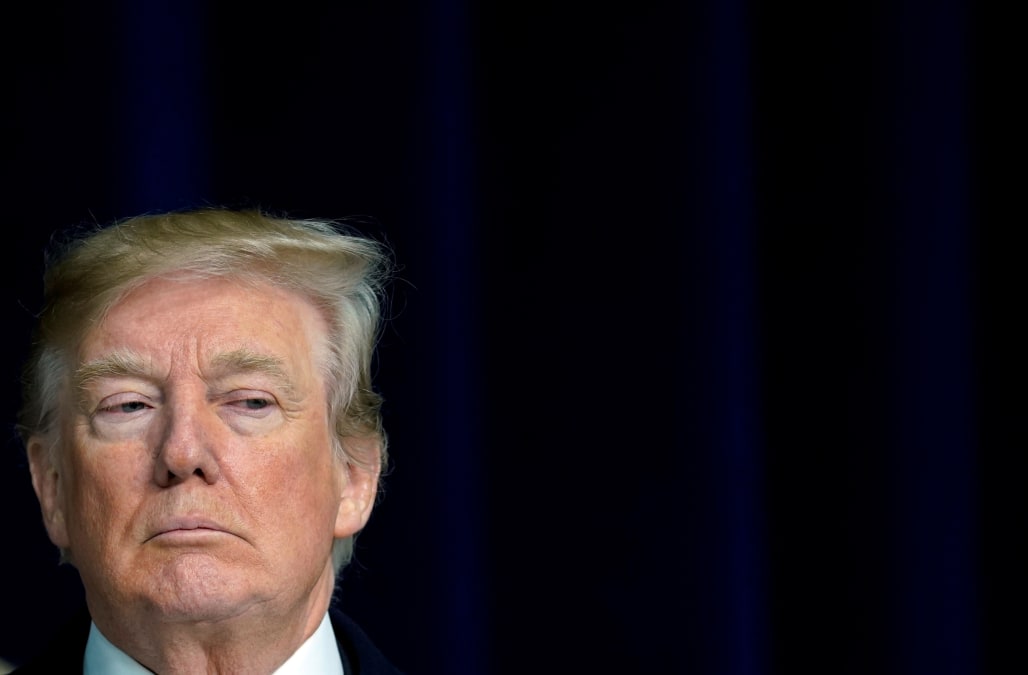 WASHINGTON — By the time the FBI sat down in September 2016 for a full interview with the ex-British spy who had been researching Donald Trump’s Russia connections, the bureau had already received information raising concerns about possible collusion between the Trump campaign and Russia, according to a transcript made public Tuesday.

Glenn Simpson, a former newspaper reporter and the founder of a research firm called Fusion GPS, spoke to the Senate Judiciary Committee for more than 10 hours in August about his research into Trump, and on Tuesday more than 300 pages of his testimony were released by the committee’s ranking Democrat, Dianne Feinstein of California.

Simpson told the committee that his associate, the former British intelligence operative Christopher Steele, sat down for a “full debriefing” with an FBI contact in Rome in September 2016. During the debriefing, Steele shared information from his Russian sources, who said Trump had been coordinating with the Russian election-interference campaign of hacking and leaking.

For the FBI, it wasn’t entirely new information, Simpson testified.

“They believed Chris might be credible because they had other intelligence that indicated the same thing," Simpson said. "One of those pieces of intelligence was a human source from inside the Trump organization." He added that the FBI had a “walk-in" whistleblower who was someone in Trump’s orbit.

However, two sources close to Fusion GPS told NBC News that Simpson’s testimony inaccurately conflated what he had been told, and that the human source was actually George Papadopoulos, the Trump campaign aide who has pleaded guilty and is cooperating with special counsel Robert Mueller.

By the time Steele sat down with the FBI in September, an Australian diplomat had passed to U.S. officials details of his conversation with Papadopoulos, who seemed to know that the Russians possessed hacked Democratic emails.

Steele first reached out to the FBI in early July 2016, because he was alarmed by the information he collected in June and felt obligated to step forward, Simpson said.

“He said he was professionally obligated to do it,” Simpson testified. “Like if you’re a lawyer and, you know, you find out about a crime, in a lot of countries you must report that.”

Steele was concerned that Trump could be blackmailed by the Russians over an alleged 2013 sexual escapade Steele believed had been recorded at the Ritz Carlton hotel in Moscow, Simpson testified.

The FBI responded to Steele “by September,” Simpson said, and Steele then met in mid- or late September with an FBI legal attaché in Rome.

Steele broke off contact with the FBI sometime between Oct. 31, 2016, and the election on Nov. 8, Simpson said, because Steele concluded that the information he had given to the FBI was not elevated to the highest levels of the bureau and was not being vigorously pursued.

A front-page New York Times article on Oct. 31 about the Trump-Russia investigation said the FBI had found no conclusive link between Trump and Russia.

After the article was published, Simpson said, Steele severed his relationship with the FBI. “There was a concern that the FBI was being manipulated for political ends by the Trump people and that we didn't really understand what was going on,” Simpson said.

It has since emerged that there was an active FBI counterintelligence investigation, which began in July 2016 but which the bureau kept secret.

Simpson said a dossier, which contained unverified allegations that Russia had been cultivating Trump for years and had gathered compromising information on Trump, contained all the memos Steele had produced for Fusion GPS, and that neither Fusion nor Simpson selected the content or edited the memos. The dossier was published by Buzzfeed.

Simpson said when he began his research into Trump, he was struck by Trump’s many connections to people linked to Russian organized crime, including Felix Sater, who pleaded guilty in 1998 to a mafia stock swindle and later helped Trump develop the Trump Soho hotel.

Simpson said he found Steele’s reports that the Russians were coordinating with the Trump campaign credible.

During the Senate hearing, he was asked to respond to a comment from a White House spokeswoman, Sarah Huckabee Sanders, that his was a “Democrat-linked firm” that “took money from the Russian government” and “created the phony dossier that's been the basis for all of the Russia scandal fake news."

“It's a false allegation,” he said. “It's political rhetoric to call the dossier phony. The memos are field reports of real interviews that Chris's network conducted and there's nothing phony about it. We can argue about what's prudent and what's not, but it's not a fabrication.”

Simpson acknowledged that at the time he was working with Steele he was also working with a law firm that was defending a Russian oligarch in a lawsuit brought by the U.S. Attorney in New York. But he testified that the two cases were entirely separate, and did not influence one another.

Two of the people working on the New York case with Simpson were Natalia Veselnitskaya and Rinat Akhmetshin, both of whom attended a now-notorious June 2016 Trump Tower meeting that had been billed as an attempt by Russian officials to give negative information about Hillary Clinton to the Trump campaign. Simpson said he was unaware of that meeting at the time it occurred.

Simpson said he concluded from his research that Trump was not as rich as he has claimed, and that he had a lot of questionable business entanglements that bear further scrutiny.