Fusion GPS: Author of Trump-Russia dossier thought Trump 'was being blackmailed' by Russia 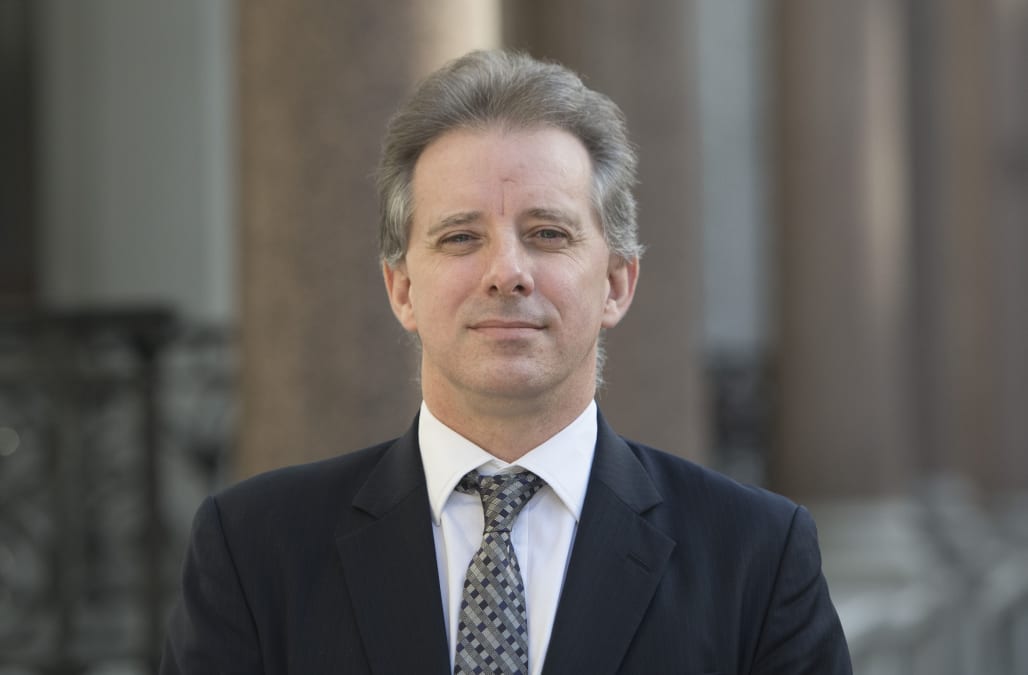 Democratic Sen. Dianne Feinstein, the top Democrat on the Senate Judiciary Committee, on Tuesday released the full transcript of the committee's interview with the co-founder of the firm that produced the collection of memos outlining alleged collusion between President Donald Trump's campaign and Russia.

Glenn Simpson, the co-founder of Fusion GPS, said in the transcript that the opposition research dossier's author went to the FBI in July 2016 when he became worried that then-candidate Trump was being blackmailed. Simpson said Christopher Steele, a former British spy, cut ties with the FBI amid concerns it was being "manipulated" by Trump.

"Chris said he was very concerned about whether this represented a national security threat and said he wanted to — he said he thought we were obligated to tell someone in government, in our government about this information," Simpson said. "He thought from his perspective there was an issue — a security issue about whether a presidential candidate was being blackmailed."

Feinstein's decision to release the transcript unilaterally came after weeks of back-and-forth between the committee and Fusion GPS, whose co-founders asked that the transcripts be released in a recent op-ed published by the New York Times.

The committee's Republican chairman, Chuck Grassley, said on Monday that he was not planning to release the transcript yet. He said in August that the committee would vote on whether to release the 312-page testimony, but that vote never came to fruition.

Grassley and his Republican colleague, Sen. Lindsey Graham, surprised Democrats last Friday when they issued a criminal referral to the Justice Department for Steele.

“After speaking with majority and minority committee staff for 10 hours, Glenn Simpson requested the transcript of his interview be released publicly," Feinstein said in a statement on Tuesday.

"The American people deserve the opportunity to see what he said and judge for themselves,” she continued. "The innuendo and misinformation circulating about the transcript are part of a deeply troubling effort to undermine the investigation into potential collusion and obstruction of justice. The only way to set the record straight is to make the transcript public.”

Fusion GPS issued the following statement: "Fusion GPS commends Sen. Feinstein for her courage. The transcript of Glenn Simpson’s lengthy responses to the Senate Judiciary Committee’s questioning speaks for itself."

"It’s totally confounding that Senator Feinstein would unilaterally release a transcript of a witness interview in the middle” of an investigation, he told CNN's Manu Raju.

'A security issue about whether a presidential candidate was being blackmailed'

Steele first spoke with an FBI contact in Rome about his findings in late June or early July, Simpson said, shortly after he wrote his first memo.

That memo alleged that Trump had been cultivated by Russian officials "for at least five years," that the Kremlin had compromising material related to "sexually perverted acts" Trump performed at a Moscow Ritz Carlton, and that Trump's inner circle was accepting a regular flow of intelligence from the Kremlin on Hillary Clinton.

The flow of intelligence, Steele's sources told him, was being facilitated by Paul Manafort, then Trump's campaign manager. Manafort was using Carter Page as a "liaison" between the campaign and the Kremlin, the dossier said.

Steele "said he was professionally obligated" to report those findings to the FBI, according to Simpson.

"Like if you're a lawyer and, you know, you find out about a crime, in a lot of countries you must report that. So it was like that. So I just said if that's your obligation, then you should fulfill your obligation."

"You know, I agreed, it's potentially a crime in progress." Simpson said. "So, you know, if we can do that in the most appropriate way, I said it was okay for him to do that."

The FBI called Steele back later, in mid-late September, and asked him to tell them everything he knew, Simpson said. That was because the bureau had obtained information from "a human source from inside the Trump organization" who was "concerned about the same concerns we had" and spoke to the FBI on a "voluntary" basis.

"It was someone like us who decided to pick up the phone and report something," Simpson said. He added later that he did not know whether the source came from inside the Trump Organization or from the Trump campaign.

A source close to Fusion told Business Insider on Tuesday that Simpson did not know who the human source was at the time he testified. The FBI's source turned out to be an Australian diplomat, who had reported comments made by Trump campaign adviser George Papadopoulos one evening in May 2016.

Papadopoulos told the diplomat that the Russians had dirt on Hillary Clinton in the form of emails. When the Democratic National Committee was hacked, the Australians put two-and-two together and told the US government.

Simpson said Steele "stopped dealing" with the FBI after the New York Times reported in October 2016 that the FBI had found no clear links between Trump and Russia. Steele was also irked by the letter that then-FBI Director James Comey sent to Congress on October 28, effectively reopening the Hillary Clinton email investigation.

"That episode, you know, obviously created some concern that the FBI was intervening in a political campaign in contravention of long-standing Justice Department regulation," Simpson said. "So it made a lot of people, including us, concerned about what the heck was going on at the FBI."

"Sometime thereafter the FBI — I understand Chris severed his relationship with the FBI out of concern that he didn't know what was happening inside the FBI and there was a concern that the FBI was being manipulated for political ends by the Trump people and that we didn't really understand  what was going on," Simpson said. "So he stopped dealing with them."

Simpson attended the voluntary interview in August with his lawyer, Josh Levy, and gave extensive responses to questions ranging from how he became involved in the Trump opposition research project — which was initially funded by the wealthy Republican donor Paul Singer and later picked up by Democrats — to his longtime relationship with Steele.

Asked at one point to describe how he went about vetting Steele's sources, however, Simpson declined.

"It's a voluntary interview, and in addition to that, [Steele] wants to be very careful to protect his sources," Simpson said. "Somebody's already been killed as a result of the publication of this dossier and no harm should come to anybody related to this honest work."

Simpson, a former Wall Street Journal reporter, said the mandate at first was not centered on Trump's ties to Russia.

Rather, Simpson said, "we conducted a much broader sort of look at his entire career and his overseas investments in places like Europe and Latin America. It wasn't really a Russia-focused investigation for the first half of it."

Simpson said he and his colleagues ordered every book about Trump that they could find on Amazon to make sure that they were not duplicating information that had already been reported. Much of their initial research, if not all of it, focused on Trump's financial history.

"We looked at the bankruptcies, how could somebody go through so many bankruptcies, you know, and still have a billion dollars in personal assets," Simpson said.

Ultimately, Fusion became interested in what Trump had done on his trips to Russia. That's when Simpson called up Steele, whom he had known and worked with since 2009.

"We said, 'See if you can find out what Donald Trump's been doing on these trips to Russia," Simpson said. "Since Chris and I worked together over the years there's a lot that didn't need to be said."

"That would include, 'who is he doing business with, which hotels does he like to stay at, you know, did anyone ever offer him anything, you know, the standard sort of things you would look at," he continued. "I don't think I gave him any specific instructions beyond the general: 'Find out what he was up to.'"

"He worked for the government for a very long time," he said of Steele. "He lives a very modest, quiet life, and, you know, this is his specialty."