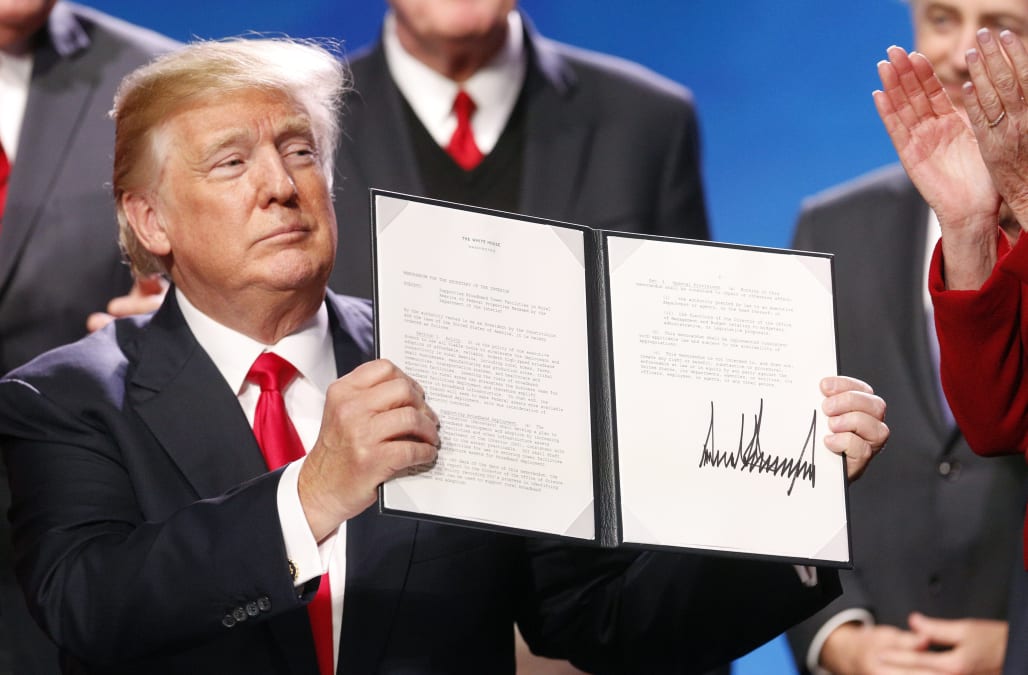 NASHVILLE, Tenn., Jan 8 (Reuters) - U.S. President Donald Trump on Monday told farmers gathered in Tennessee that he supports crop insurance, signaling a possible shift from his proposals last year to shrink a program that many farmers rely on for funding their operations.

Speaking at the American Farm Bureau's annual convention, Trump said Congress would include the subsidies for crop insurance premiums in the upcoming "farm bill" that directs billions of dollars each year to agriculture, nutrition, food and land-conservation programs.

“I‘m looking forward to working with Congress to pass the farm bill on time so that it delivers for all of you and I support a bill that includes crop insurance," Trump said after noting Senate Agriculture Committee Chairman Pat Roberts was in attendance. “We’re working hard on the farm bill and I think it’s going to go well.”

In May Trump angered farm groups, which represent the rural voters who generally support his Republican Party, when he proposed cutting $46.54 billion in federal agricultural funding, mostly by capping the amount the government chips in toward crop insurance. There currently is no limit to the support the government gives farmers for insurance premiums.

Trump, who swept Tennessee in the 2016 election, also signed an executive order after the speech to make it easier for the private sector to locate broadband infrastructure on federal land and buildings, part of a push to expand high-speed internet in rural America.

Faster internet speeds in rural areas are often considered key to addressing the economic divide between rural and urban America, but the costs have so far been prohibitive.

About 39 percent of rural Americans lack access to high- speed internet service, the Federal Communications Commission said in a 2016 report.

The White House described the moves as an incremental step to help spur private development while the administration figures out how it can help with funding, something that could become part of Trump's plan to invest in infrastructure.

The CEO of the leading telecommunications trade group in the country, Jonathan Spalter, said USTelecom would push to ensure the government sets aside money for helping build and upgrade network infrastructure, as well as dismantling and streamlining regulations.