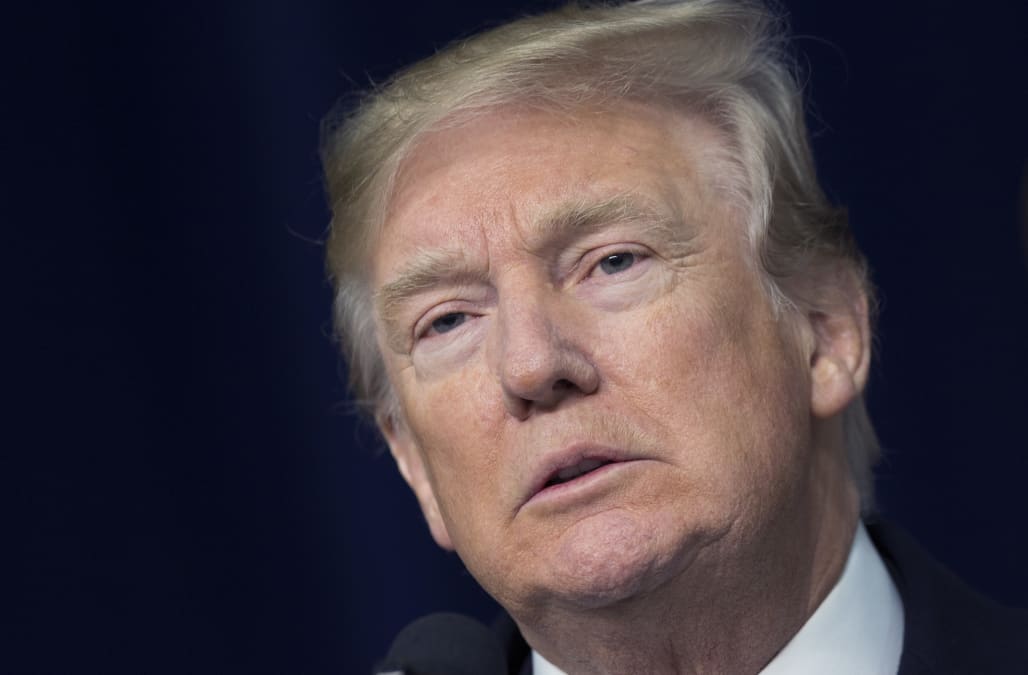 Donald Trump oddly pointed to the media’s coverage of Ronald Reagan as the president scrambled to bolster his image as mentally fit, characterizing himself as a “very stable genius and “being, like, really smart.”

Trump attacked the media in a tweet Saturday for “taking out the old Ronald Reagan playbook and screaming mental stability and intelligence.” The implication is that concerns about Reagan’s mental health in his administration were off the mark. But they weren’t.

Although White House doctors insisted Reagan was mentally fit, many observers at the time were concerned about his forgetfulness, and some even wondered if he was exhibiting signs of Alzheimer’s in office.  Reagan himself even admitted during a televised address on the Iran-Contra scandal that he often had a hard time remembering things, notes The Washington Post. Reagan was diagnosed with Alzheimer’s in 1994, five years after he left the White House.

Reagan’s youngest son, Ron, said in his 2011 book, My Father at 100, that he believed his dad showed symptoms of the confusion and forgetfulness of Alzheimer’s while he was president.

Now that Russian collusion, after one year of intense study, has proven to be a total hoax on the American public, the Democrats and their lapdogs, the Fake News Mainstream Media, are taking out the old Ronald Reagan playbook and screaming mental stability and intelligence.....

....Actually, throughout my life, my two greatest assets have been mental stability and being, like, really smart. Crooked Hillary Clinton also played these cards very hard and, as everyone knows, went down in flames. I went from VERY successful businessman, to top T.V. Star.....

....to President of the United States (on my first try). I think that would qualify as not smart, but genius....and a very stable genius at that!

Worries about Trump’s mental stability have been sparked anew by Michael Wolf’s book, Fire and Fury. Wolff wrote that during a trip to Mar-a-Lago, Trump failed to recognize old friends, according to an excerpt in the Hollywood Reporter. The staff was also “painfully aware” that Trump repeated the same stories over and over, sometimes in 10-minute intervals, according to the book.

Even before the book, mental health professionals, Democrats and even some Republican legislators raised concerns about Trump. In October, Sen. Bob Corker (R-Tenn.) called the White House an “adult day care center” with a volatile president who could spark World War III.

Conservative New York Times columnist David Brooks wrote in October that some GOP senators at a lunch meeting with Trump that month ”saw a president so repetitive and rambling, some thought he might be suffering from early Alzheimer’s.”

In early December, members of the Senate and House met with Yale psychiatrist Dr. Bandy Lee to discuss the president’s mental health, Politico reported. She told a dozen legislators that Trump is “going to unravel,” according to Politico. She pointed to concerns about his interest in conspiracy theories and denying things he has admitted.

“We feel that the rush of tweeting is an indication of his falling apart under stress,” she told Politico. “Trump is going to get worse and will become uncontainable with the pressures of the presidency.”

After Trump tweeted that he had a “bigger” nuclear detonation button his desk than Kim Jong Un did, Lee told The Guardian: “The danger has become imminent.”

More from HuffPost US:
Donald Trump Just Called Himself 'A Very Stable Genius'
Trump Says U.S. 'Not Going To Look Foolish As Long As I'm Here'
Donald Trump Rages Against Iran, Pakistan In First Tweets Of 2018