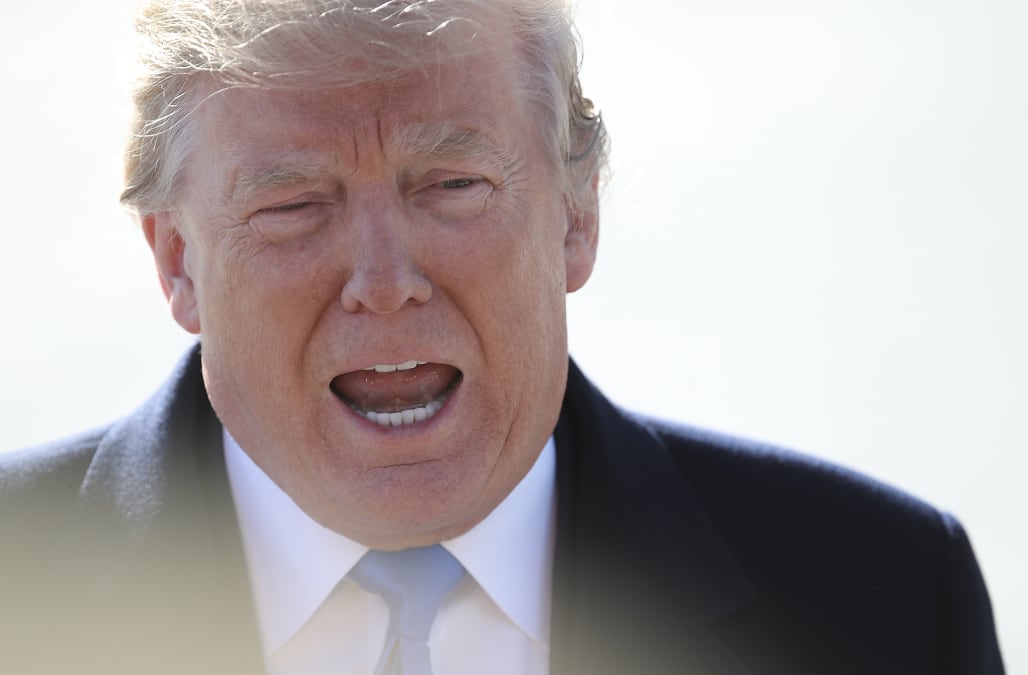 "Michael Wolff is a total loser who made up stories in order to sell this really boring and untruthful book," Trump said on Twitter. "He used Sloppy Steve Bannon, who cried when he got fired and begged for his job."

Trump coined his new nickname for Bannon on Thursday, a day before the release of "Fire and Fury: Inside the Trump White House," which has seen robust initial sales. Contained within the pages are several embarrassing details about the Trump administration, including disparaging remarks about members of Trump's family that attributed to Bannon.

Following the release of several excerpts from the book earlier this week, Trump issued a fiery statement and publicly cut ties with Bannon, mocking him for his ouster from the White House and saying Bannon "lost his mind."

But Trump wasn't the only one who distanced himself from the Breitbart News executive following the book's release. Bannon drew the ire of other conservative figures, including billionaire conservative donor Rebekah Mercer and far-right conservative radio host Rush Limbaugh.

"Now Sloppy Steve has been dumped like a dog by almost everyone," Trump continued in his tweet. "Too bad!"

Bannon has been tight-lipped amid the blowback, and instead of lashing out against Trump, he appeared to try and curry favor with him during a radio interview.

"The President of the United States is a great man," Bannon said. "You know I support him day in and day out."

SEE ALSO: The 5 wildest claims made in the explosive behind-the-scenes book on Trump's White House