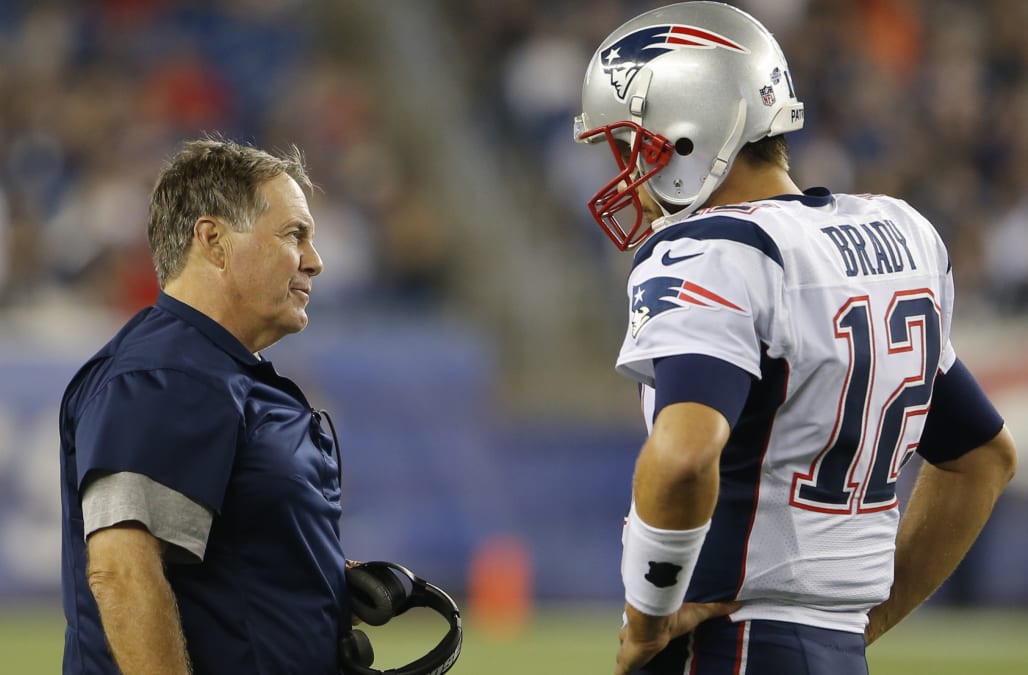 Tom Brady is likely the most accomplished quarterback in NFL history, and has already proven himself to be the greatest quarterback to ever play the game.

But even with all of his unmatched accolades, Brady was still reportedly angry this year for never receiving what amounts to be a pretty trivial title — that of "Patriot of the Week," an honor bestowed by head coach Bill Belichick — despite leading the race for league MVP.

The story comes from Seth Wickersham's blockbuster report on the most dominant franchise in football, which revealed many of the rising tensions among Patriots leadership.

"Patriots staffers have noticed that, this year more than ever, he seems to volley between unwavering confidence and driving insecurity. Brady has noted to staff a few times this year that, no matter how many game-changing throws he makes, Belichick hasn't awarded him Patriot of the Week all year."

It's a bit shocking to think that a man who has won two MVPs, four Super Bowl MVPs, and been named to 13 Pro Bowls would feel stiffed for not receiving what amounts to the football equivalent of "Employee of the Month," but apparently Brady feels overlooked by the lack of recognition.

With Brady's 17 years under Belichick, you might think that no player in the organization would be more at ease with Belichick's strict, cold, "Do your job" philosophy. But as Wickersham tells it, Brady has embraced the power of positive thinking in the later years of his career, and Belichick's constant cynicism has apparently gotten under the skin of the franchise's quarterback more than once.

Belichick still rides on Brady in film sessions — with Wickersham saying "The quarterback at Foxborough High could make that throw," was a constant refrain the Patriots coach would make whenever one of Brady's missteps was highlighted.

Thankfully for him, he'll likely have a few more weeks to prove himself worthy of the distinction. The Patriots will begin their postseason play on January 13 as the top seed in the AFC, looking to win their second consecutive Super Bowl.

NOW WATCH: JIM ROSS: Hulk Hogan will make a huge comeback to the WWE in 2018 — here's why

SEE ALSO: Jimmy Garoppolo made an appointment with Brady's controversial trainer — and then discovered he was locked out of the facilities