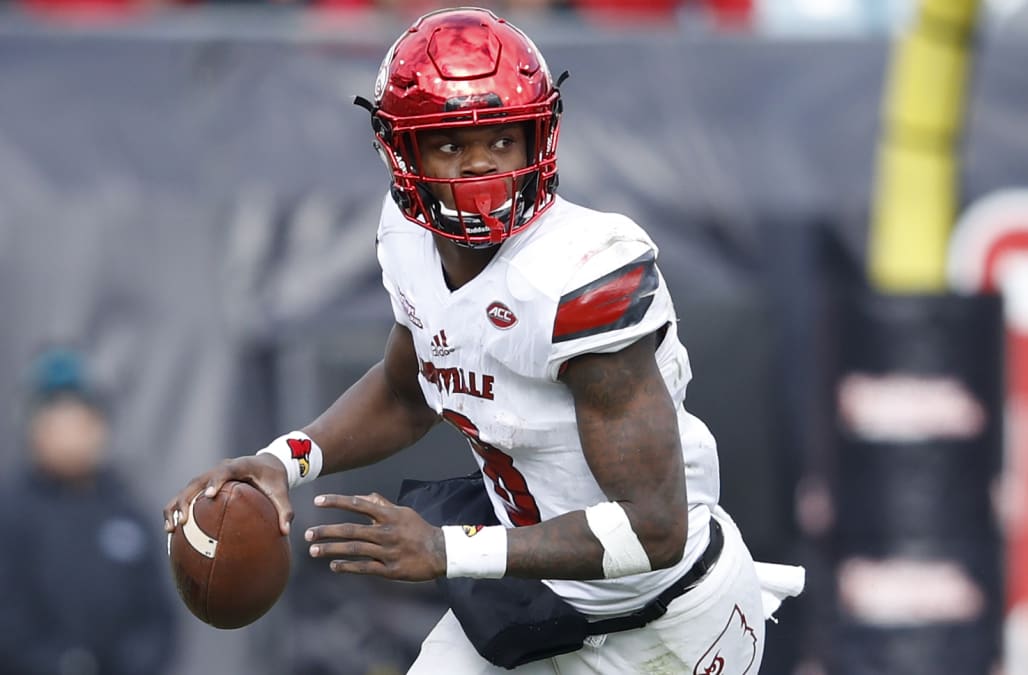 Jackson, who won the 2016 Heisman Trophy and was a finalist for the honor in 2017, made his decision known via Twitter.

"My team in Louisville has produced some of the best memories of my life," Jackson wrote on Twitter. "I have had the pleasure of being in the presence of some of the best professors, coaches, advisers, training staff, athletes and fans, in the nation. With their help, I have been able to grow not only as a quarterback, but as a teammate, student, and most of all, a man."

The dual-threat quarterback flourished under coach Bobby Petrino and has been compared to former Atlanta Falcons first-round pick Michael Vick because of his strong arm and running skills.

"I would like to thank the University of Louisville, Coach Petrino and the coaching staff, my teammates and the fans," Jackson wrote on Twitter. "It has been nothing short of an honor to be a member of #CardsNation and to play for this university."

Jackson had another outstanding season in 2017 but the Cardinals finished 8-5, including a 31-27 loss to Mississippi State in the TaxSlayer Bowl on Dec. 30 when he threw four interceptions in his last college game. Jackson had just six interceptions in the regular season.

In his three years with the Cardinals, Jackson passed for 9,043 yards and 69 touchdowns while adding 4,132 yards and 50 scores on the ground.

More from Aol.com:
Cleveland Browns complete 0-16 season with loss to Steelers
Ryan Shazier has regained feeling in legs, father says
A pair of Patriots assistants have become 2 of the hottest head-coaching candidates