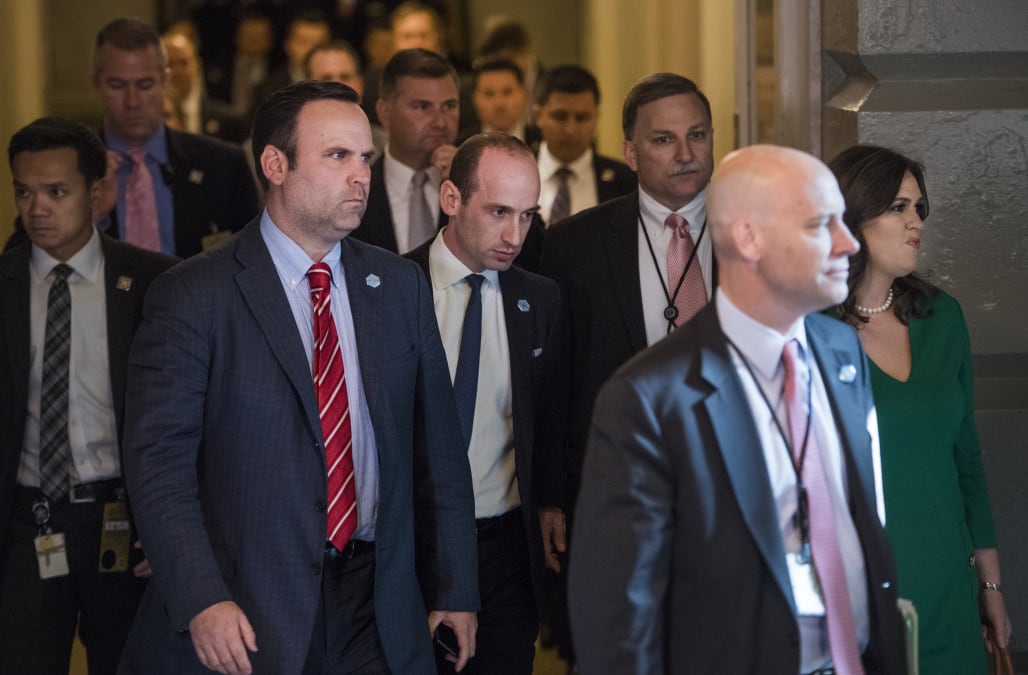 The multiple explosive passages from a new book on life inside the Trump administration sent White House aides scrambling to do damage-control on Wednesday.

Portions of the book, "Fire and Fury: Inside the Trump White House," paint a picture of a chaotic and bitterly divided West Wing under President Donald Trump.

The claims, though explosive, reflected much of what was already publicly known about the current administration, but the most salacious commentary — coming from the president's former chief strategist Steve Bannon — left White House staffers reeling just three days after returning to work from a long holiday break.

A report from The Washington Post's Josh Dawsey and Ashley Parker on Wednesday night noted that Trump's aides "thought they had more time to prepare for the book's formal release." Instead, they spent a portion of their day trying to obtain a copy of the book, brainstorming the president's response, and fielding calls from allies as a steady trickle of salacious clips propagated online.

Trump staffers were in a similar predicament less than a week ago; blindsided by big Trump-related news that dominated headlines worldwide after The New York Times published a story based on a 30-minute, unsupervised interview with the president.

The interview, which took place with a Times reporter while Trump enjoyed some downtime at one of his golf resorts in Florida, apparently blindsided Trump staffers back in Washington. One unnamed White House aide who The Washington Post described as "frustrated" called Trump's interview "embarrassing."

On Wednesday, Trump forcefully chastised Bannon for his cutting missives. An attorney representing the president threatened Bannon in a letter, hours later.

DON'T MISS: Trump eviscerates Steve Bannon in a blistering statement: 'He not only lost his job, he lost his mind'