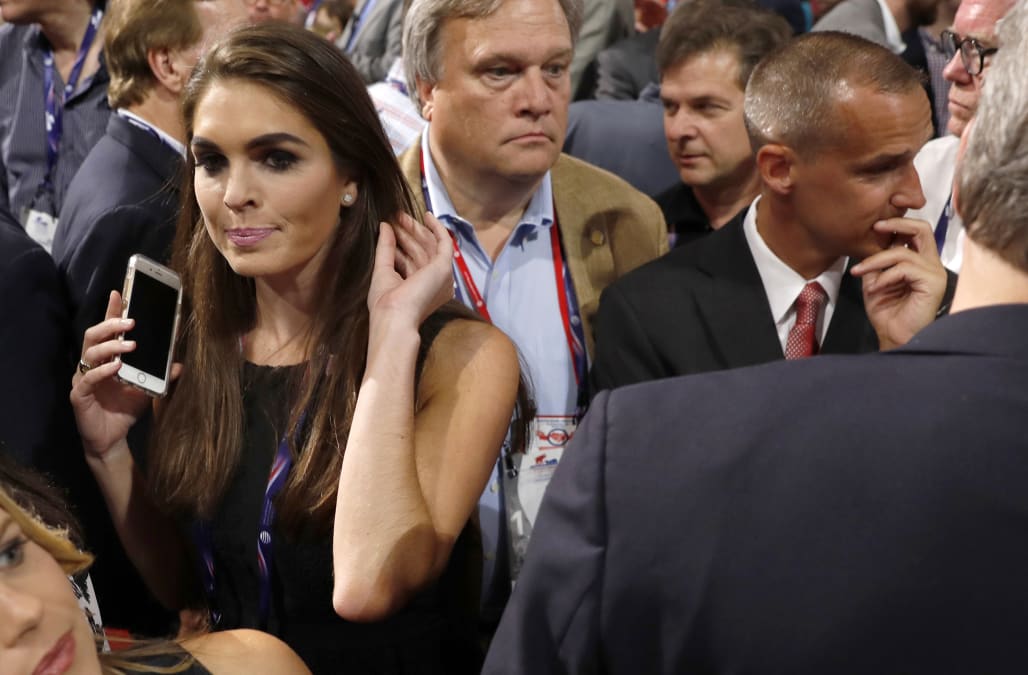 In the book, “Fire and Fury: Inside the Trump White House,” written by Michael Wolff, he reveals Hicks and Corey Lewandowski, who was fired in 2016 for clashing with Trump’s family, had an on-and-off romantic relationship that ended in a fight on a street.

Wolff recounts one moment when Hicks was sitting with Trump and his sons in Trump Tower, worrying about how Lewandowski would be portrayed in the media how she could help him after his firing.

“Trump, who otherwise seemed to treat Hicks in a protective and even paternal way, looked up and said, ‘Why? You’ve already done enough for him. You’re the best piece of tail he’ll ever have’” Trump told Hicks, according to the book, who fled the room.

Hicks was described as trusted Trump loyalist who primarily handled Trump’s communication and was even seen as a daughter to him.

“Hicks, sponsored by Ivanka and ever loyal to her, was in fact thought of as Trump’s real daughter, while Ivanka was thought of as his real wife,” an excerpt of the book reads.

“More functionally, but as elementally, Hicks was the president’s chief media handler. She worked by the president’s side, wholly separate from the White House’s forty-person strong communications office.”

She was brought on board the campaign by Ivanka Trump after working for Ivanka’s fashion company. Hicks' family thought she was being taken captive, and her friends talked about the “therapies or recuperation” she would need after her term in office was over, according to the book.