Trump: Hispanics will start 'falling in love' with me 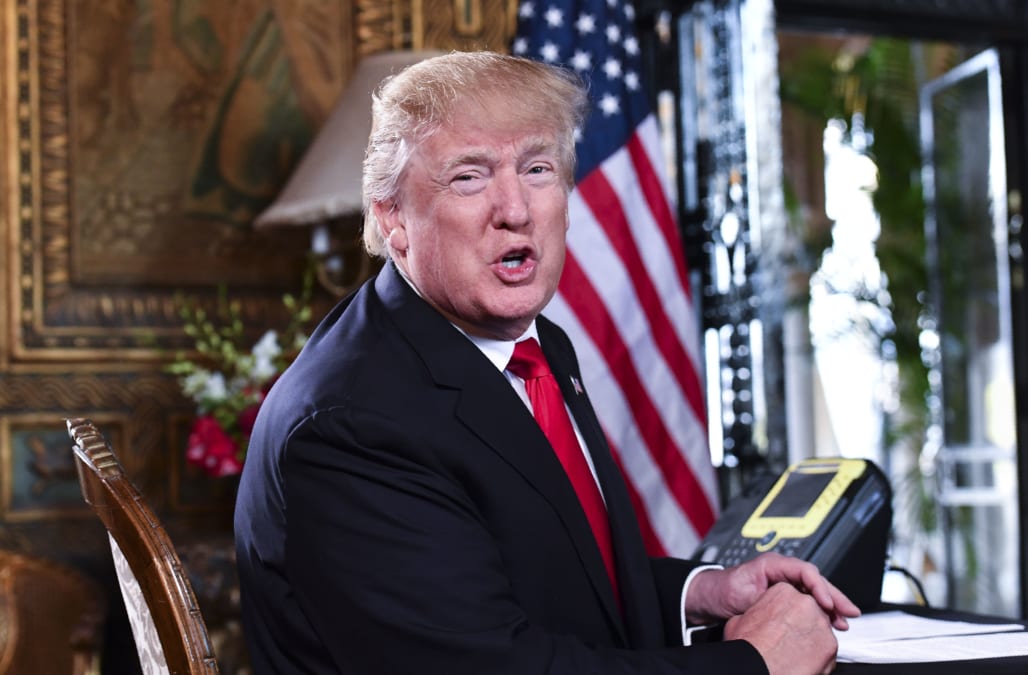 President Trump predicted Tuesday that Hispanic people will fall in love with Republicans, including himself.

Trump said in a tweet that this would be the result of “DACA activists and Hispanics” bailing on the Democratic Party for supposedly not doing anything substantive regarding the Deferred Action for Childhood Arrivals program.

Democrats are doing nothing for DACA - just interested in politics. DACA activists and Hispanics will go hard against Dems, will start “falling in love” with Republicans and their President! We are about RESULTS.

DACA is the Obama-era program that shielded from deportation many young immigrants, including some who entered the U.S. illegally as minors.

Despite Trump’s tweet, it was his administration that announced in September it would scrap DACA and give Congress until March to come up with replacement legislation that would give the 800,000 so-called Dreamers a pathway to legal status. Former President Barack Obama, Christian leaders and others have staunchly defended the program.

According to one of Trump’s famous tweets during the presidential campaign, the “love” goes both ways. Trump’s surprising Cinco de Mayo message in 2016 was a photo of himself preparing to eat a taco bowl in his office.

“The best taco bowls are made in Trump Tower Grill. I love Hispanics!” he proclaimed.

The Pew Research Center estimates that Trump won 28 percent of the Latino vote, while Mitt Romney won 27 percent four years earlier. Similarly, Edison Research estimated that Hispanic voters preferred Hillary Clinton, 65 percent to 29 percent. Although Hispanic voters largely opposed Trump’s immigration proposals — including his promise of a massive wall along the U.S.-Mexico border — they listed the economy as the most important issue facing the nation, according to Pew.

In the aftermath of the election, FiveThirtyEight, a website that analyzes opinion polls, reported that pollsters and advocacy organizations disagreed over whether those exit polls could be trusted.

Harry Enten of FiveThirtyEight wrote, “While Clinton may have done better than the exit polls suggest, a detailed look at pre-election polls and actual election results from counties with large Latino populations suggests that Trump probably did no worse than Romney among Latinos, and probably did better.”