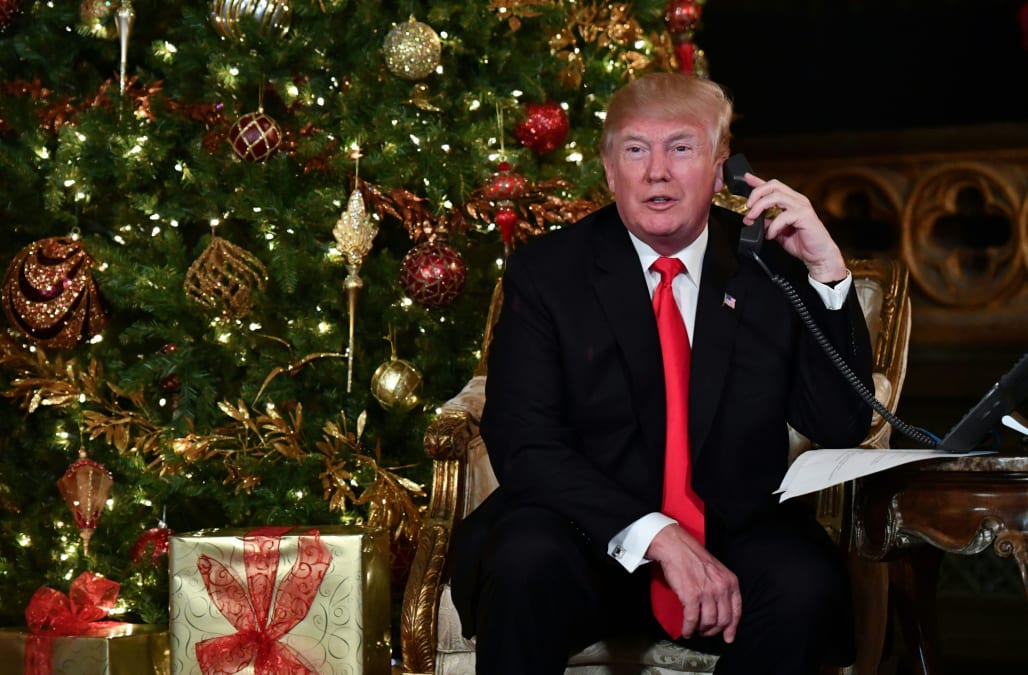 For the second year in a row, President Trump has closed out the year with a message to his enemies.

In a New Year’s Eve tweet, the President honored his fans and critics in a very specific tweet.

“As our Country rapidly grows stronger and smarter, I want to wish all of my friends, supporters, enemies, haters, and even the very dishonest Fake News Media, a Happy and Healthy New Year. 2018 will be a great year for America!” he wrote.

Trump also sent greetings to his “enemies” and “haters” on Easter, Thanksgiving and Sept. 11.

The President arrived at Mar-a-Lago on Dec. 22, ending 2017 at the golf course in Palm Beach, Fla.

After tweeting that “tomorrow it’s back to work” on Dec. 25, he spent the next five days on the greens.