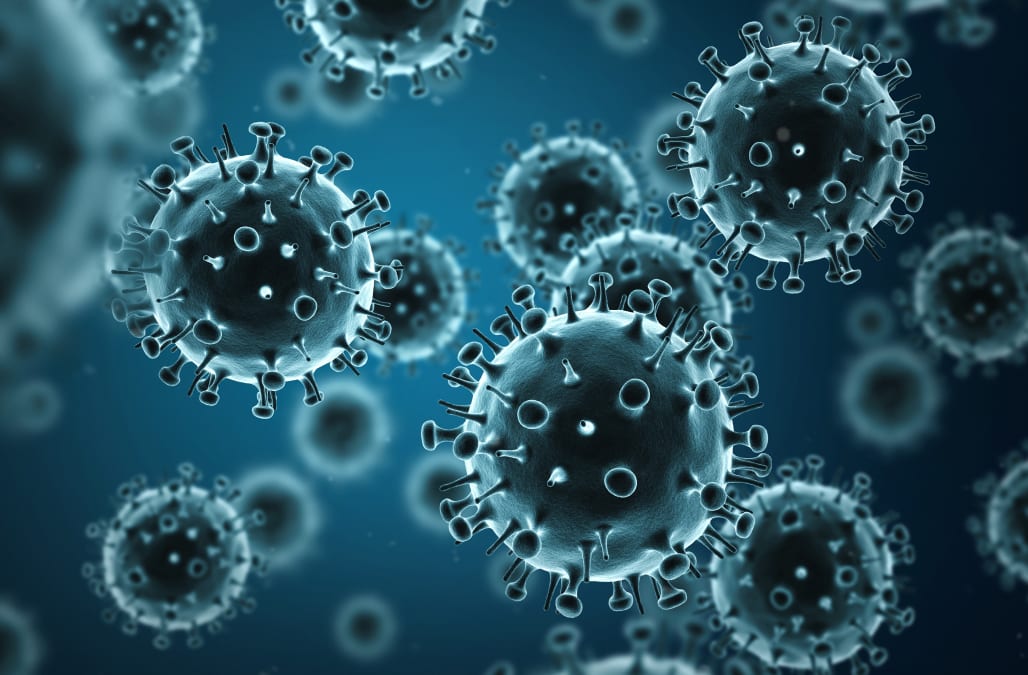 The winter flu season has started early across the United States this year.

The Centers for Disease Control and Prevention is reporting widespread outbreaks of influenza across 36 states.

The flu virus usually hits it peak in February, and the early onset of the disease is being attributed to this year’s flu vaccine only being 10 to 33% effective against the strain currently going around, as well as the frigid current weather across the country.

USA Today is reporting more than 30 deaths have been caused by the flu so far this season.

5 PHOTOS
The Best Drinks to Fight the Flu
See Gallery

The Best Drinks to Fight the Flu

This shouldn't be a surprise: the ultimate clear liquid, water is the truest drink to keep you hydrated. Don't like the taste? Add a sugar-free flavor packet, like Crystal Light, to your glass to encourage more guzzling.
Credit: iStockphoto/ Thinkstock

How do you think ice cubes became the 25th most searched recipe in America, after all? Ice pops, or ice cubes if your freezer just happens to be void of summer’s best treat, are two of the best defenses against dehydration. WebMD advises to look for ice pops made with 100 percent fruit juices to get a 2-in-1 fight against the flu – hydration, plus vitamins.

Mother Nature Network notes one Harvard study that shows black tea as the ultimate immunity booster. Drinking five cups of black tea per day for two weeks nearly quadrupled a person’s immunity system – so if tea isn’t a part of your diet already, you germaphobes, you should get on it. Thanks to black tea’s abundance of theanine, flavonoids (antioxidant-like compounds), catechins (compounds that fight free radicals in the body), it’s been proven to fight off the flu.

Ginger may as well be called a superfood, seeing as how much it can keep the flu at bay. Most people reach for a ginger ale when tummy troubles come about, and we can see why – it’s been a part of Chinese herbal medicine for more than 2,000 years to relieve digestion problems and nausea. Plus, ginger can help detox the body by inducing sweating (not the most fun symptom of the flu) to get rid of the body’s toxins. And ginger’s analgesic and anti-inflammatory properties relieve aches and pains that come with the flu. Convinced? Fortunately, ginger tea is simple to make: the University of Maryland Medical Center advises adding 2 tablespoons of ground ginger or ginger root to a cup of boiling water. (We particularly like this honey, lemon, and ginger flu-fighting concoction from Simple Green Smoothies, too.)

Chicken broth may be your best remedy against a cold and the flu. Vitamins and protein? Check. Hydration power? Check. Anti-inflammatory properties? Check. Congestion-fighting properties? Check. The most popular study on chicken broth, from the University of Nebraska, showed that chicken soup helped reduce upper respiratory cold symptoms and helped build up the nose’s protective cilia, hair-like substances in the nose that prevent contagions – like that pesky flu bug – from entering the body. While you may need a few days to feel well enough to eat a hearty chicken soup, the University of Nebraska provides the ultimate chicken noodle soup recipe. A scientifically-backed recipe to feel better? Not even your mom’s homemade soup-made-with-love can top that.


Between 12,000 and 56,000 deaths are caused by the flu virus each year, according to CDC data. So far this year, deaths have occurred in California, Arizona, Delaware, North Carolina and South Carolina, among a handful of others.

Despite cases across the country, epidemiologists say it’s too early to tell whether this will be a bad year for the flu, as flu activity tends to peak in February.