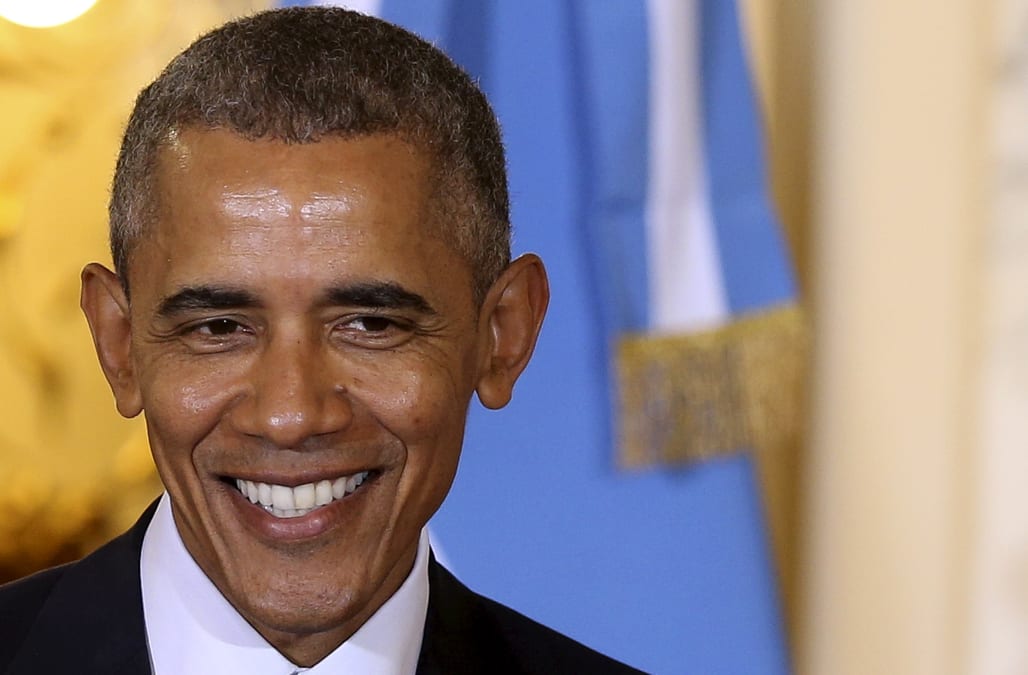 President Obama chose to end 2017 with a spark of optimism for the year ahead.

In his year-end tweet roundup, President Barack Obama shared three stories from 2017 that “remind us what’s best about America.”

As we count down to the new year, we get to reflect and prepare for what’s ahead. For all the bad news that seemed to dominate our collective consciousness, there are countless stories from this year that remind us what's best about America.

Obama elaborated in his last Obama Foundation email of the year, writing that there is “something inherently optimistic” about year-end round ups.

“More than anything, that's what's needed now - the engagement of everyone who wants to see a better future for our children. The kind of collective action that has always driven human progress. And even in the face of cynicism and division, it's those kinds of stories from 2017 that I'll remember,” he wrote.

The first story was about Kat Creech, a wedding planner in Houston, who organized her clients and their wedding guests to help Houston victims in the wake of Hurricane Harvey in early September. Creech created Recovery Houston, a volunteer organization that helped clear more than 120 wrecked homes in a single week.

The second story was of Philadelphia Eagles defensive back Chris Long, who donated his entire season salary to fund high school scholarships in his hometown of Charlottesville, Va., and Pledge 10 for tomorrow, an educational equity campaign.

The third story involved 10-year old Jahkil Jackson, who gave away food and toiletry kits to the homeless in Chicago. Jackson donated his goal “blessing bags” Thursday, the ex-President said, through the help of his organization Project I Am and help from his school and community.

“Kate, Chris, and Jahkil were all living in the same country, during the same time, as you and me. They chose not to be daunted by challenges, but to stand up and make their world better,” Obama wrote in the Foundation letter.

Optimism, Obama says, is the key.

“Relentless, infectious optimism,” that doesn’t ignore the problems and challenges, but roots itself in the stories of progress, like the three he shared, he wrote.

He ended the letter with a call to action for anyone who wants to affect change.

“All across America people chose to get involved, get engaged and stand up,” the former President tweeted. “Each of us can make a difference, and all of us ought to try. So go keep changing the world in 2018.”