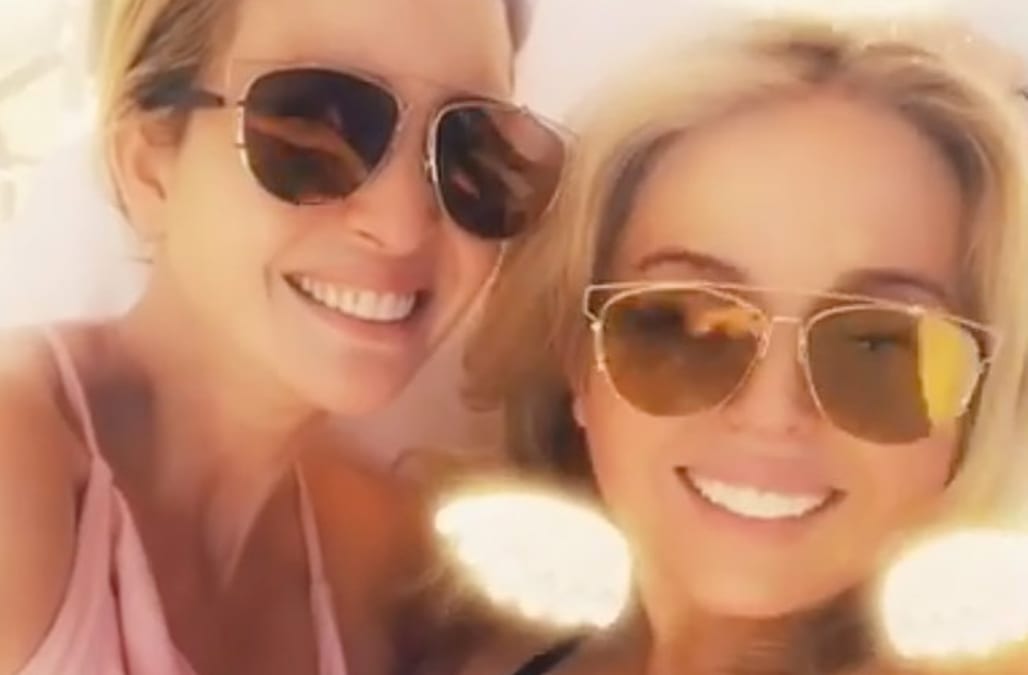 A video of first daughters Tiffany and Ivanka Trump blowing kisses to their followers in bikinis is being met with mostly criticism in return online.

In the short clip uploaded to Twitter Tuesday, the two women can be seen posing in their bikinis as "O Holy Night" is heard playing in the background while lounging by the pool at their father's Mar-a-Lago estate in Florida.

While the Trump sisters received some positive responses from followers for their holiday post, the sight of the two posing in bikinis to the tune of a Christian hymn was too much to bear for many others on Twitter.

Some users found the video inappropriate while others suggested the first daughters should be spending more of their holiday time participating in charitable activities.

“You and your family are so out of touch with reality. Enjoy your vacation while people struggle every day," one person tweeted, while another wrote: “Ugh. I hope my tax dollars aren’t going to this mess."

The controversial clip arrived shortly after another post from a member of the Trump family seemed to flatline on social media.

Melania Trump wished fans a Merry Christmas with a Santa-themed selfie on Monday which prompted much criticism on social media from users who found the first lady's facial expression “disgraceful,” and too sexy.

Trump tweeted the photo after spending the day answering phone calls with the president from children inquiring about Santa’s sleigh journey, as part of the Track Santa program by the North American Aerospace Defense Command (NORAD).