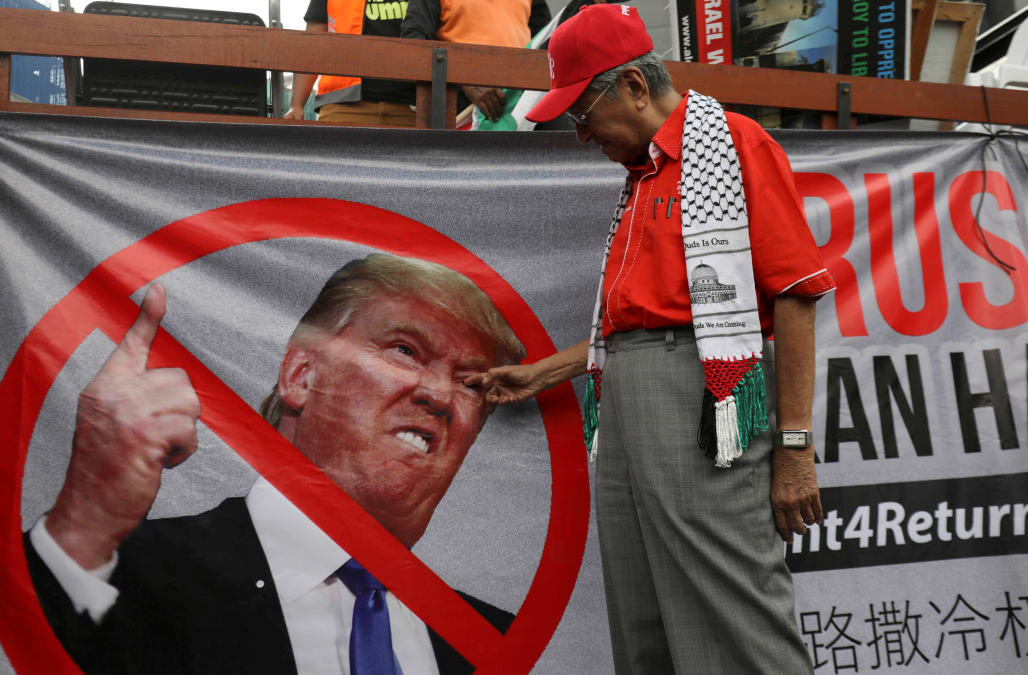 According to the Los Angeles Times, many have suggested that President Trump “has reduced U.S. influence or altered it in ways that are less constructive. On a range of policy issues, Trump has taken positions that disqualified the United States from the debate or rendered it irrelevant.”

Particularly impactful decisions include the withdrawal of the U.S. from the Paris Climate agreement, a failure to fully address non-ISIS related conflicts in Syria and Iraq, and the recent declaration that the U.S. will acknowledge Jerusalem as the capital of Israel.

The void being left where U.S. influence once was, according to some critics, leaves ample space for a number of nations, and especially China, to rise to positions of greater world standing.

As recently noted by the New York Times, as Trump champions the return of coal and manufacturing, both of which have replaced numerous jobs with automation, China’s President Xi Jinping “is making strategic investments that could allow China to dominate the 21st-century global economy, including in information technology and artificial intelligence.”

7 PHOTOS
What President Trump has said about China
See Gallery

What President Trump has said about China
China has been taking out massive amounts of money & wealth from the U.S. in totally one-sided trade, but won't help with North Korea. Nice!
China steals United States Navy research drone in international waters - rips it out of water and takes it to China in unprecedented act.
We should tell China that we don't want the drone they stole back.- let them keep it!
Did China ask us if it was OK to devalue their currency (making it hard for our companies to compete), heavily tax our products going into..
their country (the U.S. doesn't tax them) or to build a massive military complex in the middle of the South China Sea? I don't think so!
The @USCHAMBER must fight harder for the American worker. China, and many others, are taking advantage of U.S. with our terrible trade pacts
The pathetic new hit ad against me misrepresents the final line. "You can tell them to go BLANK themselves" - was about China, NOT WOMEN!
Up Next

A further issue said to be exacerbating the fading international relevance of the U.S. is the deluge of diplomatic resignations from the already understaffed U.S. State Department.

Trump seems to have a different perspective on the current position of the U.S. in the world, claiming in his speech, after returning from Asia, “America is back.”

“Everywhere we went, our foreign hosts greeted the American delegation, myself included, with incredible warmth, hospitality, and most importantly respect,” Trump said in November. “And this great respect showed…further evidence that America’s renewed confidence and standing in the world has never been stronger than it is right now.”