What to do if your dog eats your Christmas chocolates 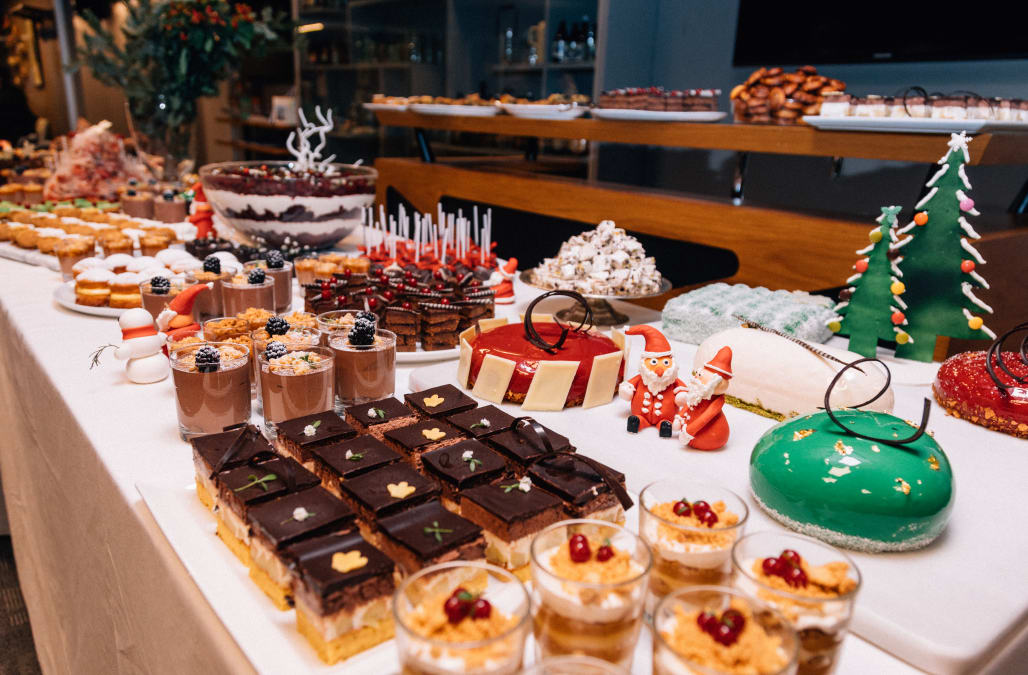 Every dog owner knows that you should never feed your dog chocolate. Most of us keep the stuff far away from the reach of our four-footed friends. And then Christmas happens. Kids are drinking hot cocoa, gifted chocolate bars are strewn throughout the kitchen, and your high alert for chocolatey things is probably on holiday, too.

From 229 veterinary practices, the researchers counted 1,722 canine chocolate eaters over a six-year period. Reports of chocolate exposure were four times more likely on Christmas compared to every other holiday. Easter turned out to be twice as likely to have chocolate reports. But Halloween and Valentine’s Day, known for hefty chocolate indulgences, were solidly average. What gives? P-J Noble, a veterinarian at the University of Liverpool and lead author of the study, says that Valentine’s Day may pose less of a threat because chocolate is mostly shared by adults, as opposed to being handed out to guests and children all over a pet owner's home.

As for Halloween, that’s still up in the air. But perhaps people are more vigilant about candy on that holiday. And they're also less likely to have guests over to celebrate. On Christmas, most of us are inundated with family members, especially children, who may not have pets of their own and won’t think twice about leaving chocolate in dog’s-eye reach. This might also be true for Easter.

The study results suggest that when it comes to chocolate, basically nothing is safe from a canine. The dogs feasted on anything from Toblerone to chocolate oranges to Santa Claus figurines, as well as chocolate candy on Advent calendars and Christmas tree decorations. In one case, a dog ate an entire garden's worth of Easter eggs that had been hidden for a large group of kids.

Why is chocolate poisonous to dogs?

Chocolate contains theobromine and caffeine. Theobromine is a caffeine-like drug that has a longer half-life (the amount of time it takes for your body to reduce a drug by half) in non-human animals, particularly in dogs. Humans are able to metabolize and get rid of theobromine (and caffeine) much more quickly and effectively than our canine companions.

For dogs, the amount of theobromine in some chocolate substances is enough to cause symptoms like vomiting, diarrhea, panting, and restlessness, as well as a fast heart rate. Technically, the stuff is toxic to us as well. But we would need to ingest an enormous amount of chocolate to get any of those unfortunate side-effects.

How much chocolate is enough to be dangerous to dogs?

According to most studiesand vets, a lethal dose of theobromine can range anywhere from 100 to 500 mg per kg of your dog’s weight.

The amount of theobromine varies between different varieties of chocolate, says Noble. White chocolate has the least, milk chocolate a bit more, and cooking chocolate (as well as high percentage cocoa solid chocolates) have the most. The darker and more bitter the chocolate is, the more theobromine it is likely to contain.

“That’s why the vet will always want to know what kind of chocolate was eaten,” says Noble. They’ll estimate how dangerous the poisoning is based on two main factors: the type of chocolate and the weight of the dog.

What should you do if your dog ingested chocolate?

Noble says the best thing to do is to check how much chocolate the dog ate and what kind it was, and then call a vet. “Most dogs do not need any treatment," he says, but a professional can tell you for certain.

If you don't have access to a veterinarian, you can use an online chocolate dose calculator. If an online tool tells you your dog has ingested a dangerous dose—and if you're sure that chocolate is to blame—persuading your pooch to purge may be your best bet. “Dogs (but not cats) can be made to vomit using hydrogen peroxide, preferably with advice from a vet," he says. You can find advice for doing so safely here.

Go ahead and enjoy your chocolate (in healthy moderation, of course) this holiday season. But if there’s a canine around you, be aware of where that chocolate is at all times. And watch out for signs that your dog might have ingested your sweet treats.

More from Popular Science:
Gifts that will make you the favorite friend
How to reduce waste and help the planet this holiday season
10 gift ideas that don't take up any space