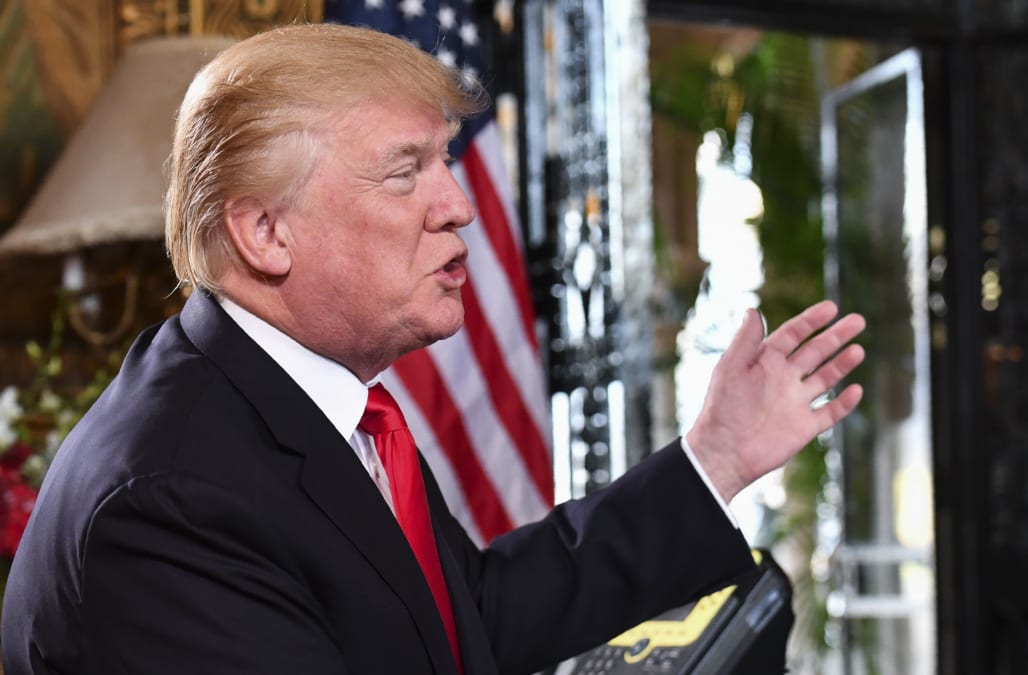 President Trump is facing backlash for retweeting an anti-CNN image on Sunday.

The doctored photo shows Trump sitting in a limousine along with the text ‘WINNING’ written in large font. However, the part of the image that has received far more attention is the bottom of his shoe, which has an apparent blood spot with a CNN logo displayed on top.

“The wannabe autocrat just retweeted an image depicting CNN’s blood on the sole of his shoe,” former Office of Government Ethics director Walter Shaub tweeted in response. “These colicky tweets reveal he’s hurting this weekend. They make him (and our country) look weak.”

“CNN-labeled blood on the sole of his shoe,” CNN’s Jake Tapper wrote on Twitter. “Retweeted by the President of the United States on Christmas Eve.”

CNN has been one of Trump’s favorite Twitter targets.

Though the president has long lumped the news network in with the many other outlets he calls “fake news,” his particular distaste for CNN was made abundantly apparent months ago.

In a July tweet, Trump shared a mock wrestling video that showed him emerging victorious against his opponent, a man whose head had been replaced by a CNN logo.

More from Aol.com:
Donald Trump Jr., Ted Cruz appear to mock Obama with cookie
Ivanka Trump reportedly told Steve Bannon he was a 'f------ liar' during a tense meeting at the White House
From Kim Jong Un to Melania Trump to Fiona the hippo -- here are the biggest winners of 2017