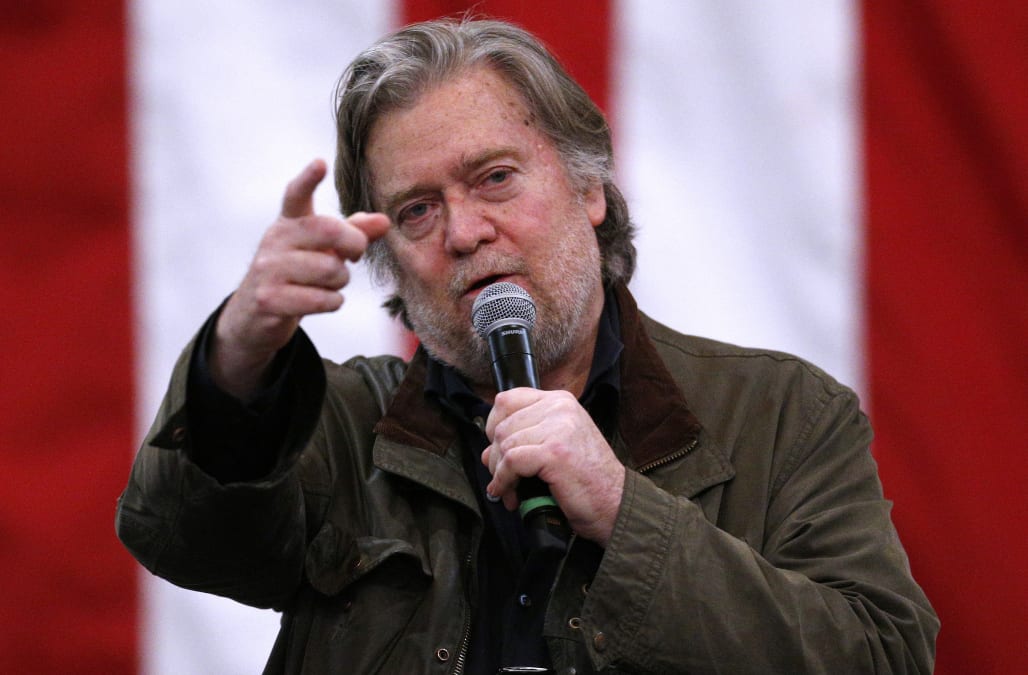 Former White House chief strategist Steve Bannon has attacked President Donald Trump’s daughter Ivanka and her husband Jared Kushner as the “railhead of all bad decisions” in the White House.

Bannon picked apart the problems of the White House and derided the couple as “Javanka” in a wide-ranging interview with Vanity Fair published Thursday. He said Ivanka was a “fount of bad advice during the campaign,” and claimed he once called her to her face “the queen of leaks.”

Vanity Fair also reported Bannon considers Kushner an elitist with no political experience who is in over his head and is out of touch with Trump’s constituency.

“He doesn’t know anything about the hobbits or the deplorables,” Bannon said. “The railhead of all bad decisions is the same railhead: Javanka.”

He said it was Kushner who encouraged Trump to fire FBI director James Comey. “It’s the dumbest political decision in modern political history, bar none,” Bannon insisted, calling it a “self-inflicted wound of massive proportions.”

Bannon didn’t exactly gush about his old boss, either.

“The Trump presidency that we fought for, and won, is over,” he told writer Gabriel Sherman, and reportedly told a friend last month that he believes the president has “lost a step.” He joked to Vanity Fair that Trump is “like an 11-year-old child.”

Bannon has reportedly said in private conversations that he believes Trump only has a 30 percent chance of finishing his term because he may be impeached or removed from office under the 25th Amendment.

Bannon doesn’t let himself off easy, either. “I realize in hindsight I was just a staffer, and I’m not a good staffer,” he said. “I had influence, I had a lot of influence, but just influence.” Now, outside of the White House and back at Breitbart, Bannon said, he feels more powerful.

“I have power. I can actually drive things in a certain direction,” he said.

More from HuffPost US:
'The Daily Show' Mourns The Trump Administration Casualties Of 2017
New TV Ad Thanks Trump For Ending War On Christmas That Never Existed
So Donald Trump DOES Watch The News