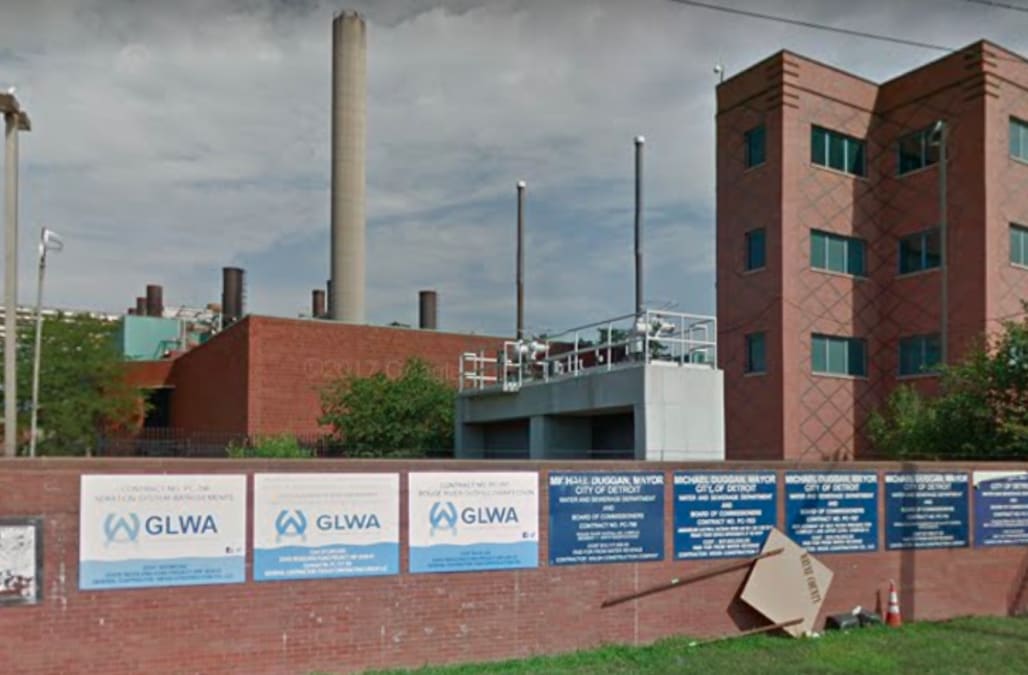 On Thursday, police said they found what appears to be yet another human organ at a wastewater treatment plant in Detroit.

WJBK reports the object was spotted just before 7 p.m. on Wednesday at Great Lakes Water Authority Water Recovery Facility, the largest such plant in the country.

Authorities have yet to determine if the organ came from a human or an animal.

Meanwhile, the other two body parts were discovered Dec. 15 and 16.

Both are thought to be kidneys.

The most fascinating and attention-grabbing stories of 2017

Video footage from Donald Trump's inauguration ceremony in January showed Melania Trump happily smiling at her husband, but when he turned around to continue his speech, her smile quickly disappeared and turned into a scowl. The move inspired some on social media to comment on the moment with #FreeMelania and speculate how she felt.

"It really feels like he is holding her hostage," one Twitter user wrote. Whatever was behind the quick expression change, it caught the internet's attention and was only the beginning of many moments in 2017 when the internet tried to decipher the first lady's body language.

The disappearance and suspected death of an elderly woman in February led Ohio officers to an unsettling discovery -- human remains in a couple's backyard. But the story took an even more startling turn when officials said they believed the elderly woman had been buried and relatives continued to receive her Social Security checks. The man and woman who lived in the house, both in their 40s, were arrested.

The U.S. Fish and Wildlife Service stumbled upon four enormous Burmese pythons making some abandoned Army shelters in the Florida Keys their new home. And while they were occupying vacant buildings, their presence raised concern because it could indicate that the invasive species was spreading. It's such an issue that the USFWS along with the University of Florida, and members of the Irula, a group from India with legendary snake-capturing abilities, teamed up to remove the pythons to help curb the growing problem.

Fair warning, the footage in this article will most likely make you gasp, and may be hard to watch for some. A 35-year-old spear fisherman was off the coast of Australia when he spotted a bull shark swimming below him. Danny Hendricks didn't think much of it, figured it didn't care about him so he'd go on with his fishing. But then the shark caught sight of him.

"I thought he was going to suss me out so I was just going to poke him away to show I wasn't food," Henricks said. But in the last few meters the shark came at him full charge.

"I lunged forward with the gun a little bit just before he got there but most of it was his force," he said. The experienced diver was shocked by the turn of events but said it won't stop him from spearfishing again.

File this one under worst nightmares. A 17-year-old boy had been bitten by a stray dog, and even after being treated in a hospital for a fever, his condition continued to worsen. Instead of being put on a ventilator, his family opted to bring him home, and when he became motionless and seemed to stop breathing, he was pronounced dead.

The boy was placed in a coffin and was en route to his cremation ceremony when the unthinkable happened -- he woke up. He was immediately rushed back to the hospital and treated for a viral infection as a result of the dog bite.

There's a dark reason why taking a photo of your hotel room could help save a life. This sad, yet hopeful story sustained lots of interest this year. By taking a snapshot and uploading photos of your hotel room to the TraffickCam app, you can help law enforcement identify locations and save children from human trafficking.

More than 14,900 nuclear weapons exist in our world, and while the probability of one exploding is relatively low, one expert has some advice for what to do -- and what not to do in such an event. The one place you don't want to be is in a car. You want to surround yourself with the densest and thickest materials you can, like going underground or into the center of a large building.

Announcements from the TSA may usually tend to make you groan, but this one did the exact opposite. This particular announcement went viral -- and for a very cute reason. The TSA was looking for forever homes for the little pups that failed their training, as well as its canines who were ready for retirement. Who could say no to that?

This warning from a power company gained lots of attention after a Facebook post showed the alarming danger a water bottle can pose to a car on a hot day. One of the company's technicians experienced it for himself when he was sitting in his truck during his lunch break and noticed some smoke. He realized it was from light being reflected through the water bottle and it was starting to singe his seat. So if you're one of those people who constantly keeps water in your car, make sure it stays out of direct sunlight.

After Hurricane Irma wreaked havoc earlier this year, the president and first lady visited the affected areas and one remark Trump made while talking to reporters in Fort Myers, Fla. left some people scratching their heads.

"I just want to thank everybody, the first responders, on behalf of myself, our vice president. Melania really wanted to be with us. It’s really touched her heart what’s gone on," he said.

To some, the remark about Melania turned heads because she was standing next to him, and it came across as if she wasn't there. But others came to his defense saying he was emphasizing that she felt strongly about making the trip with him.

Either way, the ambiguity of the statement took off on social media and the video clip was viewed millions of times.

Police in Italy were responding to a call about crying coming from a residence and when they arrived they found the heartbreaking reason why. The elderly couple that lived there revealed they were desperately lonely and hadn't had visitors in a very long time. Three of the officers kept them company while another cooked them dinner. Police in Rome shared their story on their Facebook page and received an outpouring of support.

Even if you don't believe in ghosts, this viral video will send chills down your spine. A high school in Ireland posted security footage of what can only be described as a ghost terrorizing the halls of the school. The lockers suddenly begin to violently rock back and forth, books and papers fly through the air and a wet floor sign becomes inexplicably airborne as if someone forcefully kicked it -- but there's no one in sight.

Ivana Trump, who married Donald Trump in 1977 before divorcing in 1992, stirred up controversy and a public feud with Melania Trump by claiming that she, in fact, was the "first lady" because she was married to Trump first. Her remarks came as she was promoting her book called "Raising Trump."

Melania Trump's spokeswoman released a biting statement that said the first lady "loves living in Washington, DC, and is honored by her role as first lady of the United States. She plans to use her title and role to help children, not sell books. There is clearly no substance to this statement from an ex, this is unfortunately only attention-seeking and self-serving noise."

"On Friday, staff members noticed an object in the Water Resource Recovery Facility's (formerly known as Wastewater Treatment Plant) wastewater screening area — the area that filters out debris from the wastewater before it goes into the treatment process," Water Authority spokeswoman Amanda Abukhader previously told MLive.com.

"Staff members immediately notified the Detroit Police Department, who responded to the scene and took custody of the object.

"On Saturday, a second object was observed in the same area, and staff followed the same protocol, notifying DPD. We have no further information on what DPD has identified the object to be, or where it entered the wastewater system."

While the Wayne County Medical Examiner's Office works to determine if the body parts are human in origin, Abukhader affirmed that their appearance at the facility offer no threat to public health.