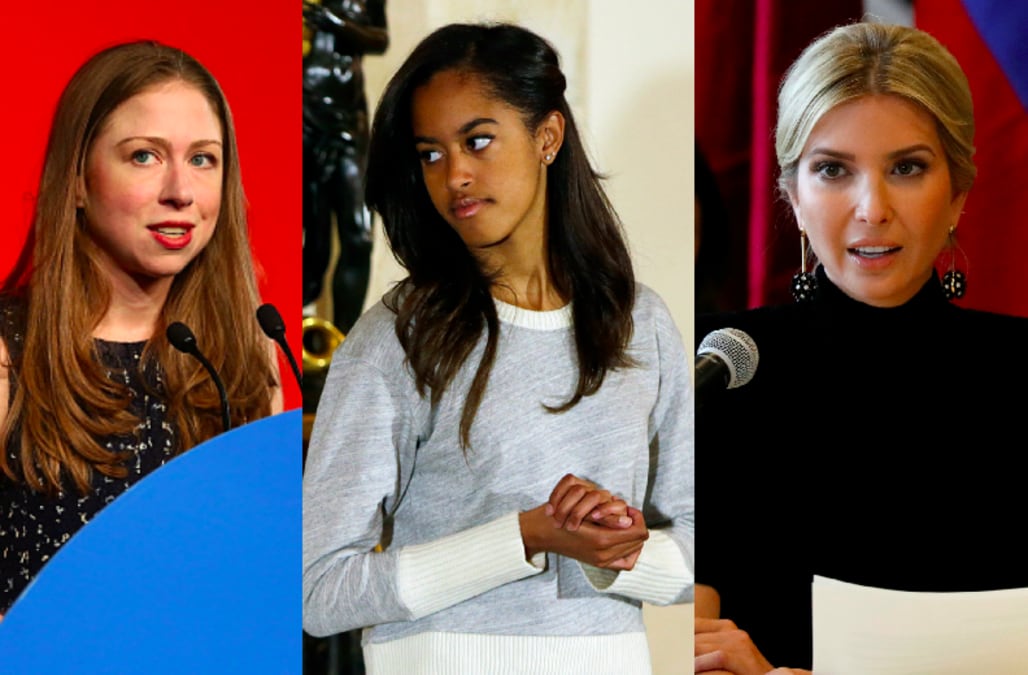 On top of her move out of the White House and return to civilian life, the 19-year-old also started her first year at Harvard University.

SEE: Malia and Sasha Obama through the years:

But Malia's first year following her father's presidency has been far from smooth.

The college freshman has had to deal with the world scrutinizing her every move and calling her out for doing things a regular teenager would have no problem getting away with.

Malia's woes seemingly began when the former first daughter attended Lollapalooza with her friends and made headlines after she was secretly recorded dancing her heart out — as most teens do at music festivals — on Aug. 5. A dazed-looking Malia was also videotaped being carted out of the same festival by security on the same date.

The drama continued for Malia even after she moved into her Harvard University dorm.

On Aug. 27, the freshman made headlines after she snapped at an elderly woman who harassed her outside of a Harvard Square eatery in Cambridge, Massachusetts.

The former first daughter was approached by the eager woman, who was asking for a photograph for her granddaughter. After Malia politely declined, the persistent grandmother stood outside the restaurant waiting for the 19-year-old to leave.

When the teen finally came out of the salad joint, she had a few words for the snap-happy grandma: "Are you gonna take it in my face like an animal in a cage?"

Malia made headlines twice again in Nov. 2017, once when she was secretly filmed smooching a fellow student believed to be her boyfriend during a Harvard-Yale football pregame and again when she was caught on camera blowing smoke rings.

Many of these secretly-filmed moments led social media users to cry out in support of Malia, some even demanding that she find some new friends who won't constantly leak her personal life to the press.

I just want Malia Obama to get some friends who won't film her every time she smokes. Nobody in her circle is loyal at all.

Among Malia's most notable and vocal supporters have been former first daughter Chelsea Clinton and current first daughter Ivanka Trump, who took to social media in November to slam media outlets and ask for privacy for the new college student.

"Malia Obama should be allowed the same privacy as her school aged peers," Trump in response to the negative press Malia received in November. "She is a young adult and private citizen, and should be OFF limits."

Malia Obama should be allowed the same privacy as her school aged peers. She is a young adult and private citizen, and should be OFF limits.

"Malia Obama’s private life, as a young woman, a college student, a private citizen, should not be your clickbait," Clinton chimed in. "Be better."

Malia Obama’s private life, as a young woman, a college student, a private citizen, should not be your clickbait. Be better.

In 2016, even Meghan McCain — the daughter of Barack Obama's 2008 presidential rival John McCain — notably spoke out in defense of Malia after photos emerged of her smoking at Lollapalooza.

Politics aside, it seems like everyone can agree that Malia Obama — as well as all children of politicians — deserves to live out her lives with the privacy afforded to the rest of us.